Babar Azam is a good captaincy pick for this game. 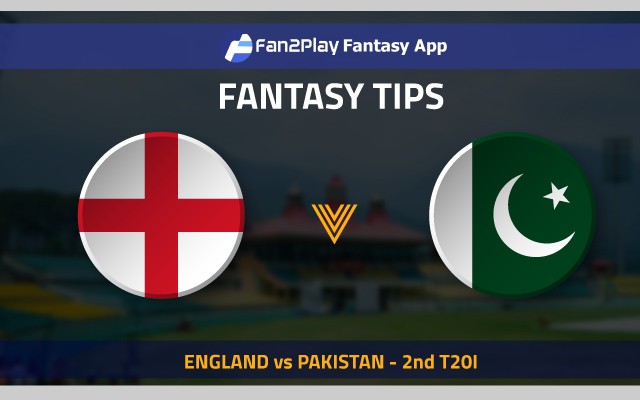 England will host Pakistan in the second T20I of the three-match series. The encounter takes place at the Headingley in Leeds on July 16 (Friday).

The game will commence at 11:00 PM IST and fans can switch to Sony Sports Network to catch the live action.

After suffering a humiliating 3-0 whitewash in the ODI series, Pakistan made a thrilling comeback in the first T20I and walked away with a 31-run triumph. Batting first in Nottingham, the visiting batsmen slammed fours and sixes for fun, as Pakistan advanced to a mountain of 232/6. Chasing the gigantic total, the Three Lions didn’t get a stellar start.

Dashers like Dawid Malan and Jonny Bairstow fell early and Pakistan’s win seemed a mere formality. However, Liam Livingstone led England’s comeback with a terrific knock. He even went onto slam a century, but his efforts went in vain as the hosts lost the contest. It would certainly be interesting to see how the second game unfolds.

Captaincy Picks for ENG vs PAK:

As mentioned above, Liam Livingstone registered a staggering hundred in the last game and he won’t mind replicating his heroics. Despite not getting much support from other end, the dasher continued tormenting Pakistan bowlers and scored runs all over the park. Notably, Livingstone reached his century off just 42 balls, the fastest in England’s T20I history

Skipper Babar Azam will be the player to watch out for from the Pakistan camp. Continuing his sensational form, the 26-year-old put up a batting exhibition in his last outing. He scored 85 off mere 49 deliveries as the visitors advanced to a match-winning total. Hence, England bowlers must come up with a solid game plan to tackle Azam. 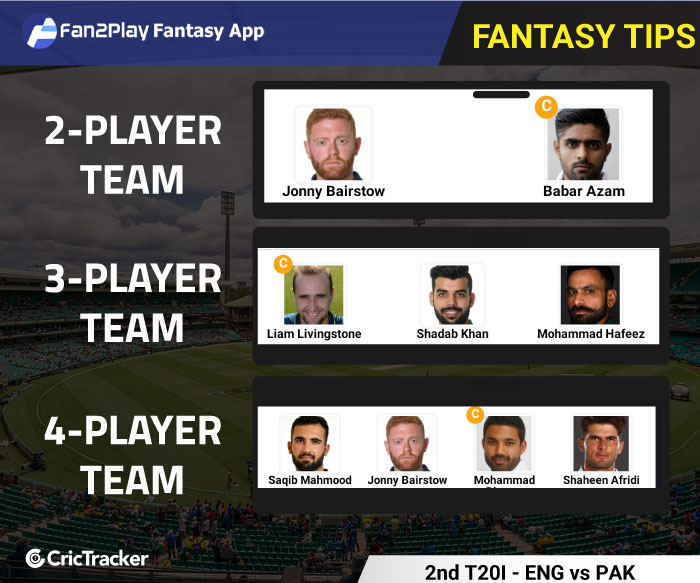 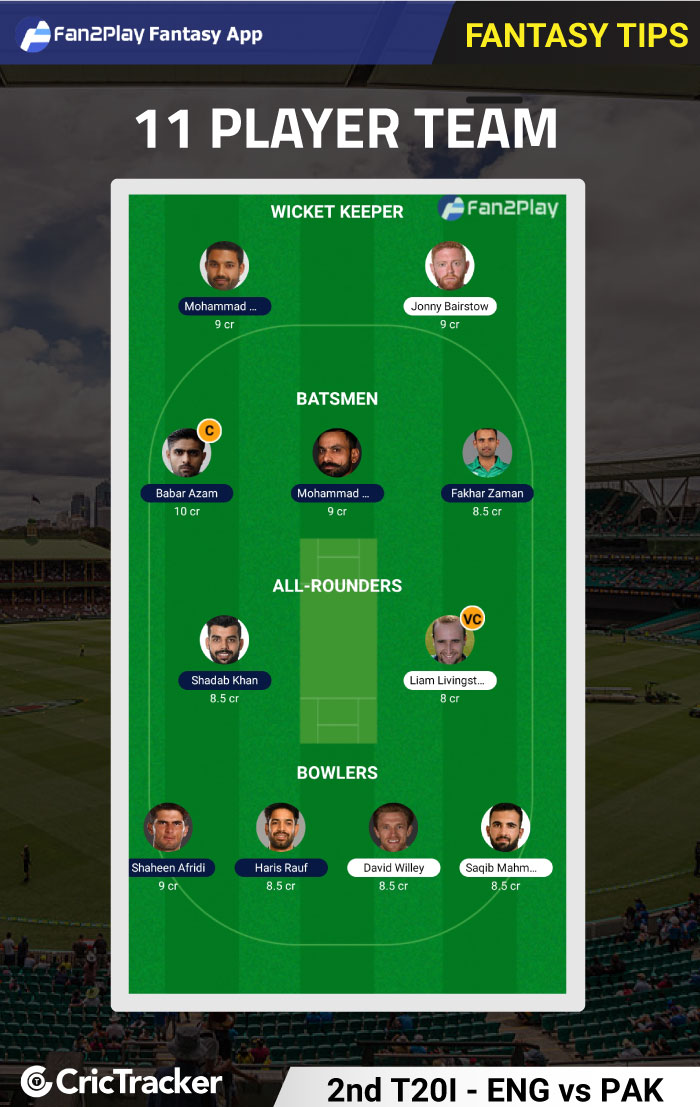