Currently, England is ranked number one in this format in the ICC rankings. 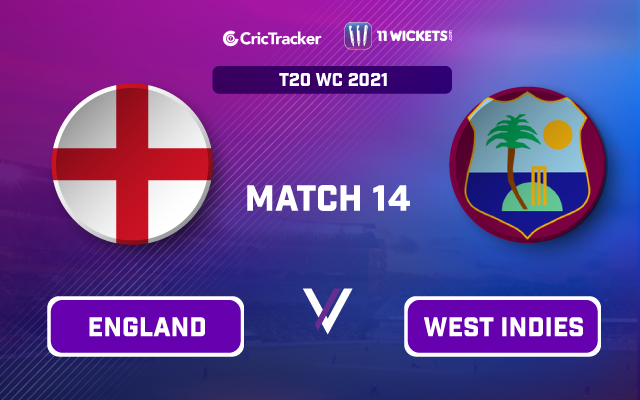 England will battle it out against West Indies in the Match 14 of the World T20 Cup. The former lost their first practice game against India. However, they bounced back stronger to register a victory in the next warm-up game against New Zealand by 13 runs. Currently, they are ranked number one in this format in the ICC rankings and will be keen to put up impactful performances to the fore.

West Indies, on the other hand, are the defending champions of the tournament and are considered as one of the strongest contenders of the competition. However, the form of some of their power hitters is a tad bit of a concern for them. They lost both of their practice matches and will now look forward to starting their campaign on a winning note.

The pitch is expected to be inclined towards the batters. Chasing teams have had an edge on this surface. Thus, on winning the toss, opting to chase can be a good alternative on this surface.

Also Read: If you ask me, India-Pakistan game is always a high-pressure game: Suresh Raina

Jos Buttler is one of the most important cogs of England’s wheel. In the practice game against New Zealand, he played belligerent innings of 73 runs. He can be a good player to bank on for this match.

Roston Chase comes in handy with his all-rounder abilities. He was in splendid form in the CPL, as he finished as the tournament’s highest run-getter. He also hit a half-century in the warm-up game against Afghanistan. He will be determined to perform for the side.

Shimron Hetmyer played some crucial knocks in the recently concluded Indian T20 League. He will have a lot of hopes pinned on him for this match. He can be the other good pick for this match. 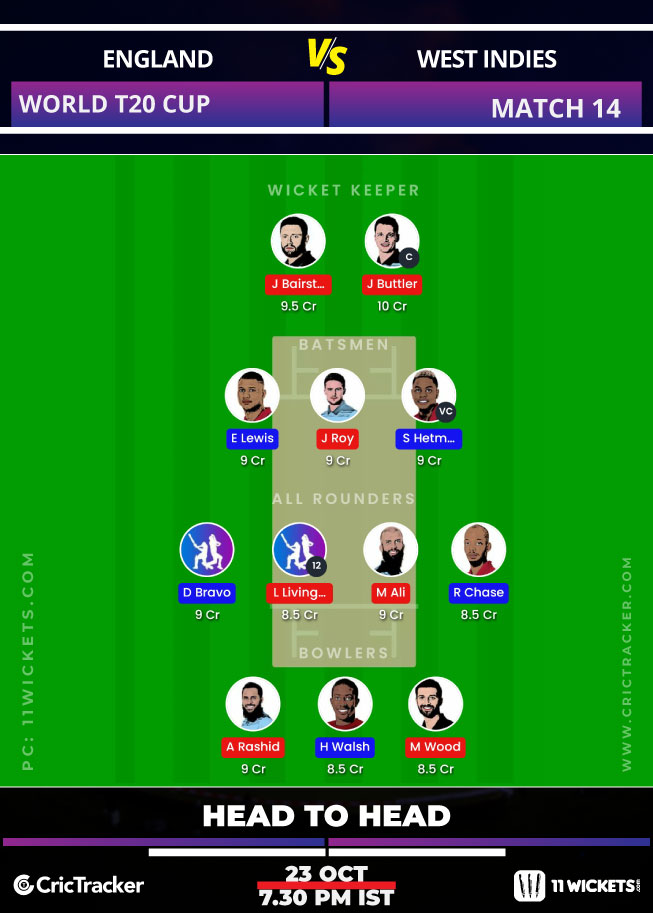 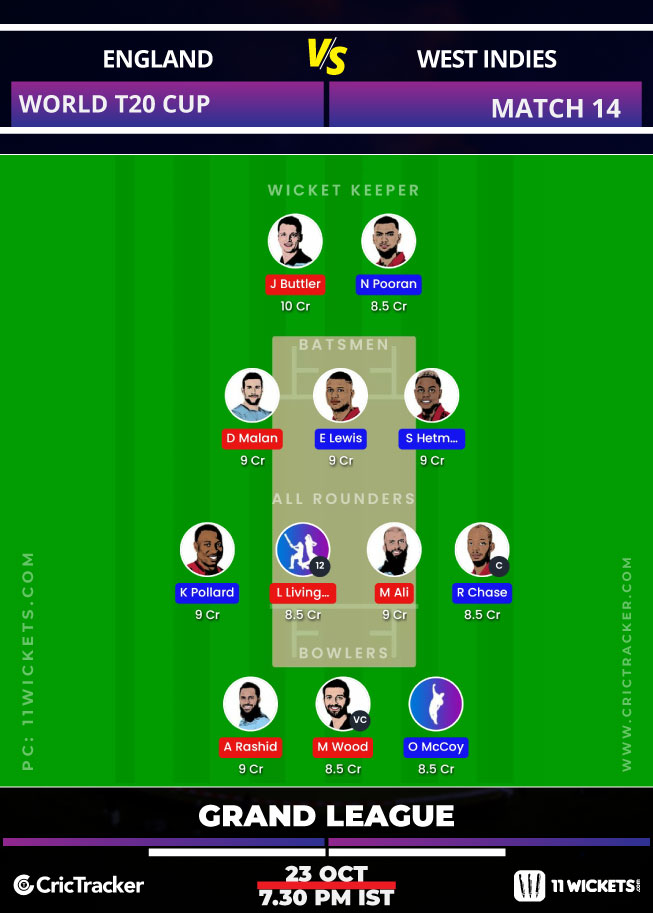