Australia is expected to win this match and level the series.

The 2nd game of the 3-match T20I series between England and Australia will be played at The Rose Bowl in Southampton.

After the humdinger of a game in the first T20I, England and Australia get ready to face each other once again at the same venue on Sunday for the 2nd T20I. The Aussies have themselves to blame for the loss in the last match. After their top-order fell, the middle order was completely exposed and they failed to pull off what should have been an easy chase.

England would be proud of their performance and will be high on confidence. They’d like to win the second T20I as well and seal the series. However, Australia will definitely not let things slip out of their hands so easily. They are expected to put up a tough fight and level the series.

It will be typical English weather on Sunday afternoon in Southampton. It won’t be too hot, the skies will be cloudy and the chances of precipitation are quite low.

Even though the pitch here is decent enough for batting, batsmen should be careful with their shot selection. The spinners might get some purchase out of the track.

Jos Buttler didn’t have a great start in T20Is this year. But in the last match, he looked to be in brilliant form. He was timing the ball sweetly and also scored 44 off 29 balls.

Jonny Bairstow missed out in the last game but he is the second-highest run-scorer for England in T20Is this year with 176 runs in 7 matches.

Ashton Agar picked up two wickets in the last game and scored 4 runs with the bat.

Kane Richardson bowled just three overs with the ball in the last match but he picked up two wickets with an economy rate of 4.3. 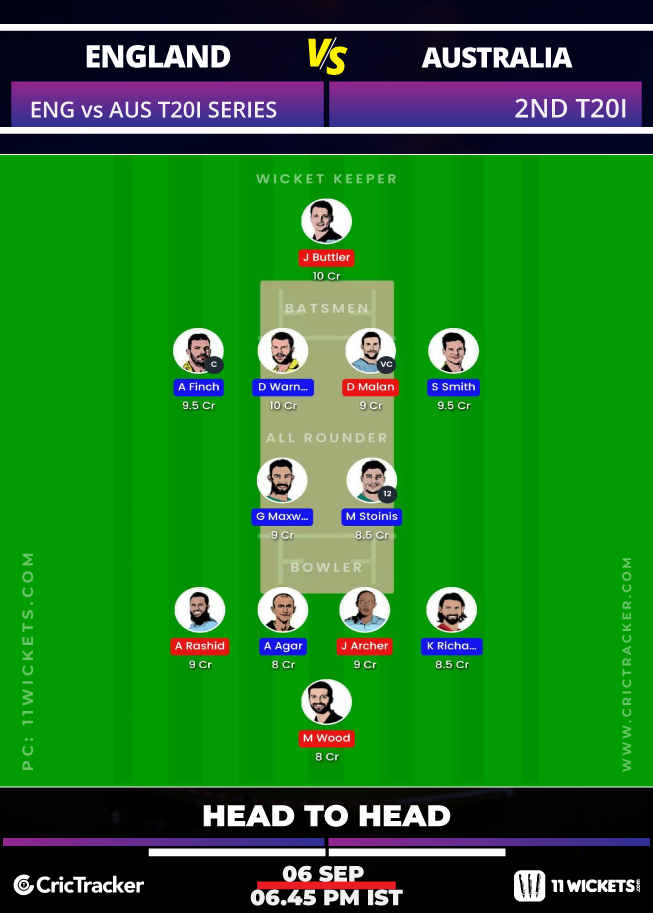 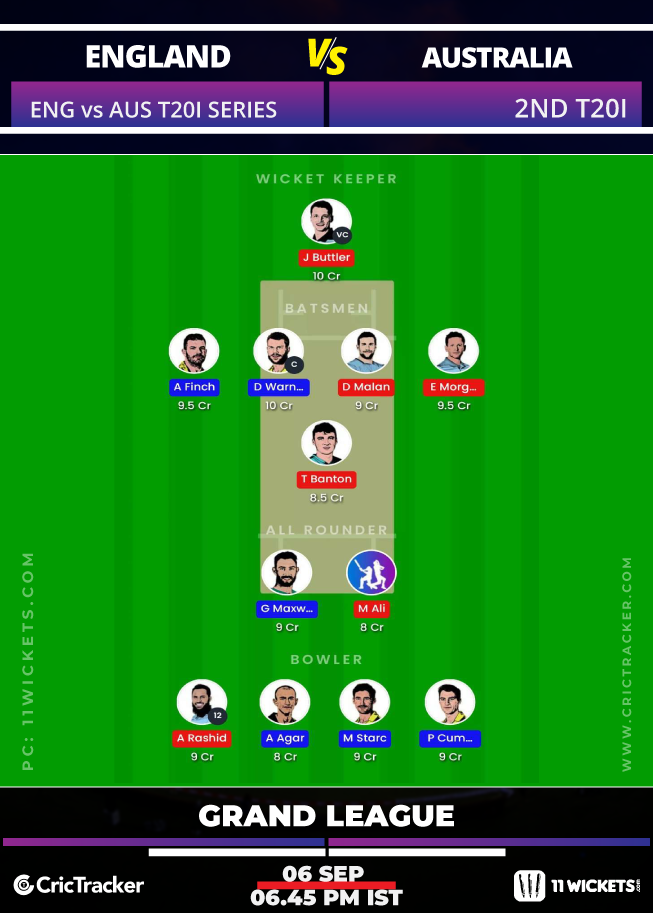 Jonny Bairstow can score big and has also been in fine touch. However, he hasn’t been able to convert his starts. If you wish, you can pick him in one of your 11Wickets Fantasy teams.

Also, having spinners in your team is advantageous as the pitch could slow down further.

Australia is expected to win this match and level the series.