Ben Stokes and Stuart Broad are the best captaincy options.

The first of the three-match Test series between England and Pakistan will be played at the Old Trafford in Manchester.

Pakistan will resume their international cricket from Wednesday with the Test series against England. The first of the three-match Test will be crucial for both the sides. The hosts, especially, will be vary of their poor record at the start of the series. They will be confident after winning the series against West Indies coming from behind and will be interesting to see how Pakistan perform after a long time.

It will be cloudy for the whole day in Manchester on Wednesday with the chances of rain varying from 23 to 44 percent during the match time. However, from the second better forecast is predicted with rain unlikely to interrupt the proceedings.

Overcast conditions always tempt the captains to chose to bowl first at the Old Trafford. England made a mistake last time around against West Indies by opting to bat and lost the Test. With similar conditions on offer, it will be interesting to see what they do this time.

Pakistan have named 16-man squad for the first Test after trimming the squad to 20 members earlier.

England have retained their 14-man squad from third Test against West Indies.

There is no news if Ben Stokes will bowl in this Test.

Dom Sibley batted well apart from a couple of ducks in the West Indies series. He will look to take forward a similar form in this series. Ben Stokes is undoubtedly the best pick from both the team thanks to his amazing skills. He scored 363 runs in five innings and picked 9 wickets against the West Indies. Stuart Broad has to be the top pick for this match after his 16 wickets in two Tests in the previous series. Joe Root can never be ignored as he is the best batsman from the opposition team.

For Pakistan, Shan Masood looks technically perfect batsman but is yet to be tested in swinging conditions. He though did well in South Africa last year. Babar Azam is the best batsman averaging 45.12 in 26 Tests. He will be key for the visitors batting at four. Asad Shafiq is another underrated batsman in Pakistan line-up as he can hold one end strongly. With the ball, Mohammad Abbas has to be picked as he was the best bowler for them on the last tour. Shaheen Afridi is another exciting prospect thanks to his pace. 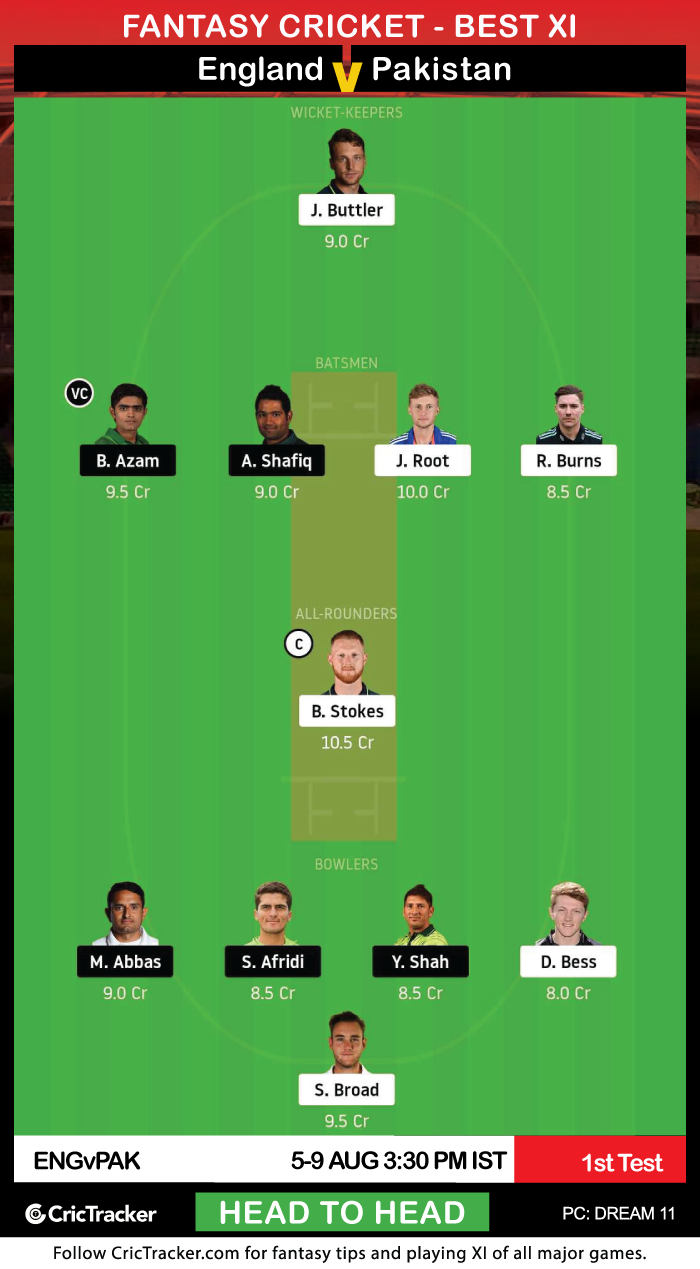 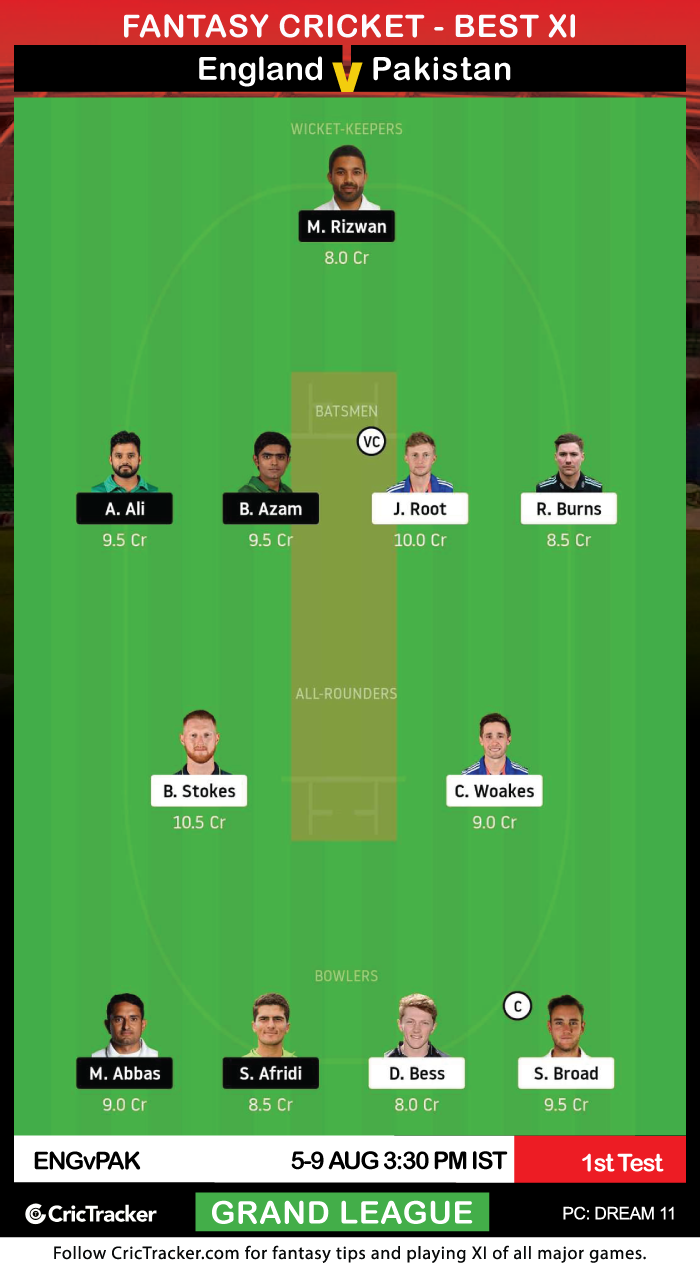 Asad Shafiq is always underrated ahead of any series. But he is one of the technically perfect batsmen in Pakistan line-up and can give you a lot of Fantasy points.