Stuart Broad has been the best bowler for England thus far this year by a considerable margin. Thus, you can have him as the multiplier in at least one of your teams.

The second of the three-match Test series between England and Pakistan will be played at The Rose Bowl in Southampton.

It was quite a topsy-turvy ride in the first Test between England and Pakistan. Both teams kept playing into each other’s hand throughout. But it was Pakistan who had a significant advantage at the end of a majority of the sessions in the game. However, they couldn’t capitalize and let the opposition get the better of them.

The brilliant partnership between Jos Buttler and Chris Woakes in the fourth innings was a game-changer for England. While they will be high on confidence, there were several shortcomings that they’ve got to address before the 2nd Test. Meanwhile, Pakistan should try to maintain the positivity knowing that they were on top for most of the time and should look to make a few amends.

Batting in the first innings of the game would be a challenge here. But with the rain threat looming around and high humidity levels, the conditions overall would be quite tough for the batsmen.

Both Ben Stokes and Dan Lawrence won’t feature in the second Test due to family reasons.

England added Ollie Robinson to the squad for this Test. Pakistan named an unchanged squad.

Shan Masood has scored a century in each of the last three Tests he played against England, Sri Lanka and Bangladesh. He mustered 256 runs in three innings in 2020.

Chris Woakes has scored 136 runs with the bat in 4 Tests this year and even picked up 18 wickets with the ball.

Babar Azam looked to be in great touch in the first Test against England. In the three Test innings he played this year, he scored 217 runs at an average of 72.

Stuart Broad is the best bowler for England this year. In the 6 matches that he has played, the veteran has picked up 31 wickets at an average of 14.13.

In two games that he played this year, Yasir Shah has picked up 12 wickets at an average of 26. 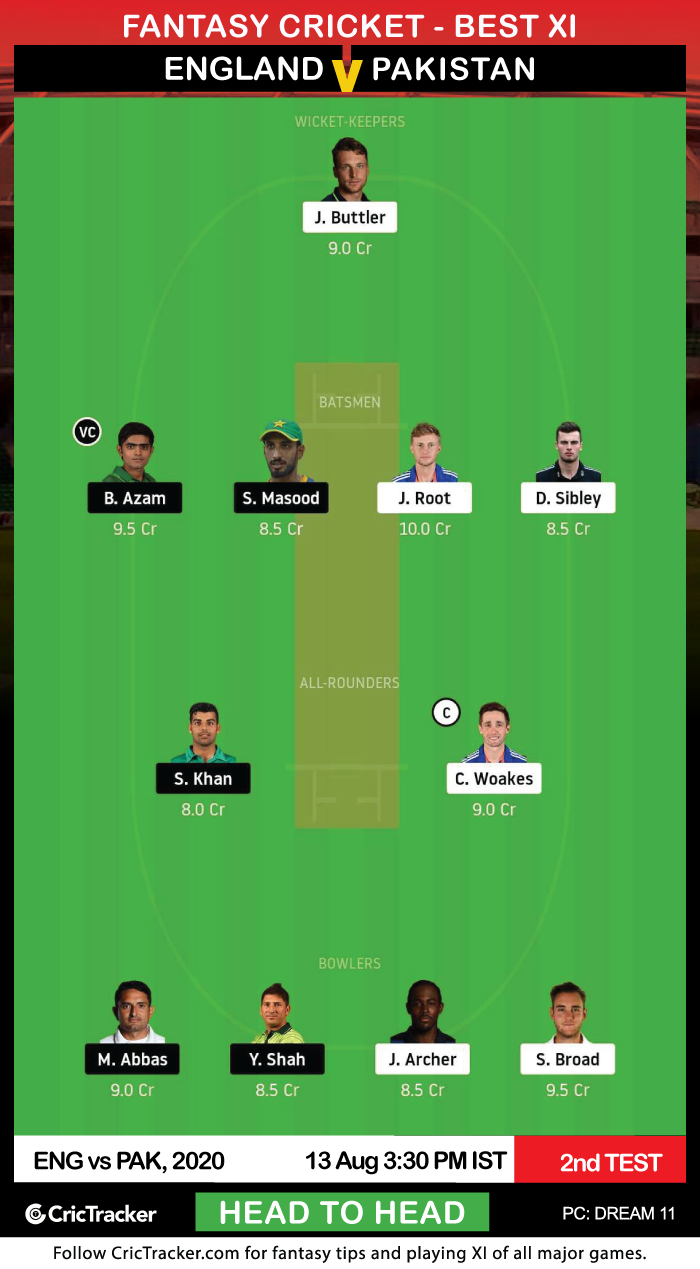 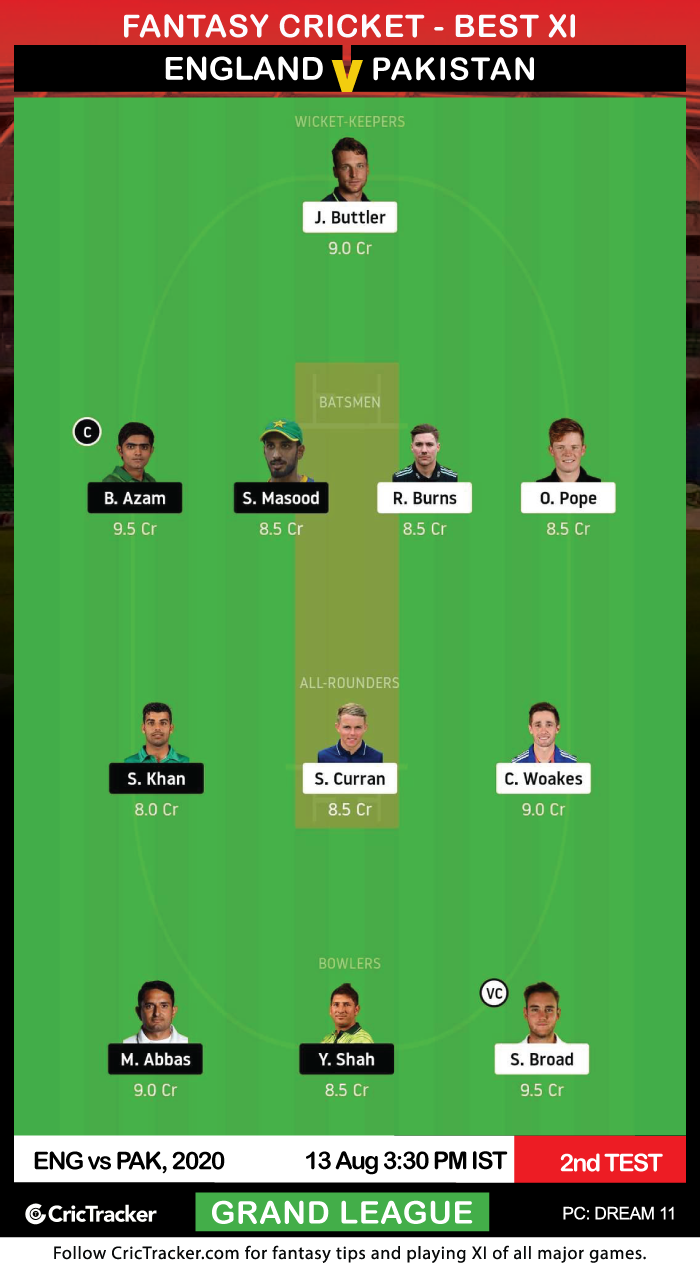 Stuart Broad has been the best bowler for England thus far this year by a considerable margin. The conditions in Southampton also suit him. Thus, you can have him as the multiplier in at least one of your teams.

England is predicted to win this match.