Has Father Time caught up with James Anderson?

Has Father Time caught up with James Anderson?

Of late, even Anderson has vented out his frustration for not being able to perform to his potential. 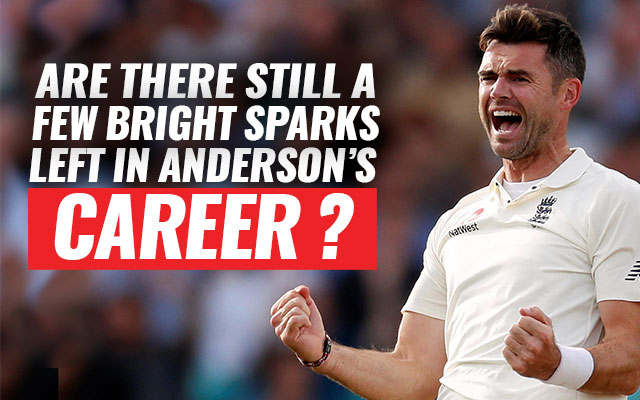 It is not easy being a fast bowler. And, it gets even tougher when you have crossed 38 years of age. For almost two decades, James Anderson has been a permanent fixture of the England bowling attack. The legendary pacer has now scalped 590 wickets in Test cricket, the most by a pacer, and is also the only bowler to have played over 150 Tests for his country.

But then, even the great Anderson has not been spared by the ravages of time. Almost two decades of putting his body on the line at the highest level might have gotten to him, and his powers as a pacer are slowly on the wane now.

The Waning powers of Anderson

In the table below, let us have a look at Anderson’s performances, starting from the year 2010 in Test match cricket. 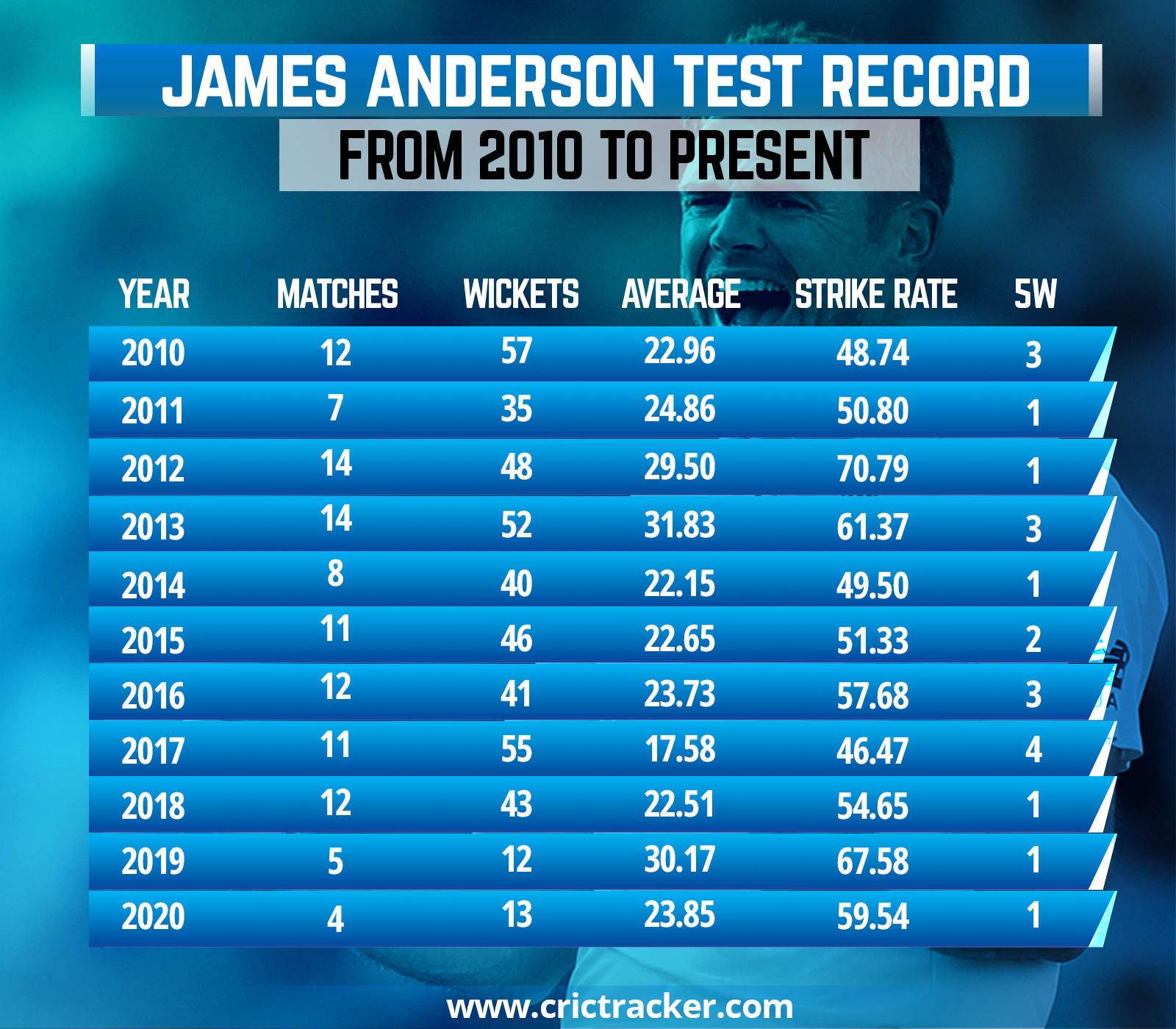 In the period between 2015 and 2017, James Anderson played 34 Tests and picked up as many as 9 five wicket hauls, which translates to a five wicket haul for every 3.77 Tests played. Whereas, between 2018 and 2020, Anderson has played 21 Tests and picked up just three five-wicket-hauls, which translates to a five-wicket-haul for every seven Tests played.

The emergence of newer talent

The England squad is now brimming with talent as far as the pace department is concerned. There is the pacy and accurate Jofra Archer, there is the talented Sam Curran and the reliable Chris Woakes. Stuart Broad too, is only 34 and has reasonable amount of cricket left in him. Throw in Ben Stokes into the mix, and the England bowling attack looks threatening even without the addition of Anderson.

The sun might be setting on James Anderson’s career

At the age of 38, the sun might be finally setting on Anderson’s career. He has been the greatest bowler ever produced by England in Test cricket, and there is no doubting that. But then, his recent performances suggest that Anderson is not as lethal as he used to be, and is at the fag end of his illustrious career.

Are there still a few bright sparks left in Anderson’s journey?

Well, we will have to wait and watch….

Note: All the stats have been taken from Howstat cricket and have been updated as on 10th August 2020.