The last match of the series will conclude on 19th May at Headingley, Leeds at 3:30 PM IST.

It was a thriller at Trent Bridge yesterday in the 4th ODI match of the series. Pakistan again posted a solid score batting first. But, once again it was England who produced another fine run-chase in cricket sport. The match was way more of a nail biter than the host’s dominant win at Bristol in 3rd ODI. The last match of the series will conclude on 19th May at Headingley, Leeds at 3:30 PM IST. Glance on the statistics below which can help you to pick your 11Wickets fantasy XI.

As per the stats about Headingley Cricket Ground of Leeds at West Yorkshire in England, bowling first team has an edge over the batting first team. Hence, winning toss could be a decisive factor at this ground.

England doesn’t seem to have any kind of loopholes in their batting line-up. Their top-order batting squad is going stronger and stronger and middle-order is debatably the best at this moment around the world. Jason Roy, Jonny Bairstow, Eoin Morgan, Joe Root, Jos Buttler, Ben Stokes and Moeen Ali are holding fort for England. At Headingley, Joe Root performs well according to his previous statistics. Jofra Archer, Mark Wood and Liam Plunkett hold the bowling department decently well.

Pakistan seems to rely heavily on their opening pair of Imam-ul-Haq and Fakhar Zaman as far as their batting is concerned. Babar Azam is another one key player of the visitors in their batting line-up. In bowling department Pakistan’s skipper, Sarfaraz Ahmed have turned his hopes Hasan Ali, Junaid Khan and Shaheen Afridi. Hasan Ali and Junaid Khan can be vicious when in form, and it wouldn’t be good for the hosts if they let these two to be into their rhythm.

Both the teams have played 86 ODI matches together earlier, out of which Pakistan succeeded in winning 31 games while England has won 52. Three ODI matches brought No Result for the teams. 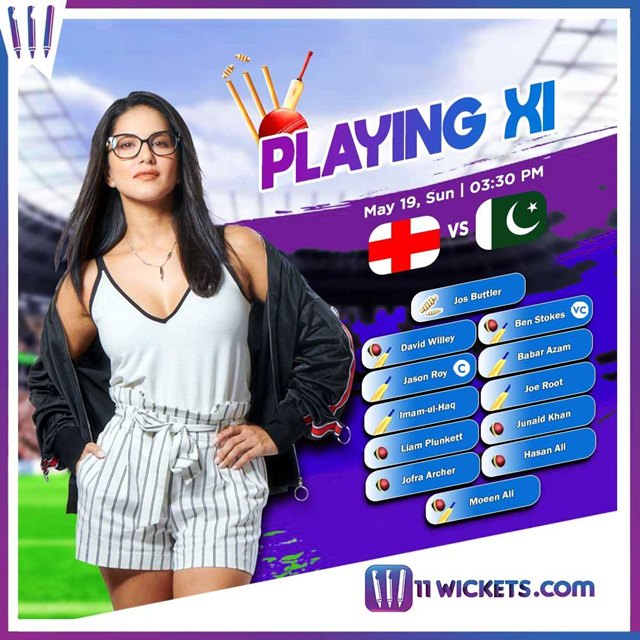 England has won each of their last five matches at Headingley, making impressive ODI recent record.

Pakistan’s bowling has been dull during this series but they can be a very dangerous if their bowlers begin performing to their potential.