England vs Pakistan Match Prediction – Who will win today’s 1st T20I match between ENG vs PAK?

England vs Pakistan Match Prediction – Who will win today’s 1st T20I match between ENG vs PAK?

England have got back the services of the original squad, with just a couple of absentees.

Pakistan would be utterly disappointed with their collective show as a team during the recent ODI series, where they lost all the matches against a second-string England team. However, the bigger challenge is right in front of them now, as most of the senior players have returned.

Pakistan’s last T20I series was against South Africa, which they had won 3-1. England had recently asserted their dominance over the Sri Lankan team which came and left with a 3-0 defeat. Without saying much, it is pretty evident that England is overwhelming favorites in this match.

The pitch in Trent Bridge has seen some really high-scoring games in recent times, especially in ODI cricket. However, in the T20Is and T20 matches, fans have witnessed a good balance between the bat and the ball. The pitch had something for everyone, despite retaining its batting-friendly nature in the recent T20 blast matches.

Jos Buttler’s return would be a great thing for the English team as the batter was just about getting into his best form when he had to be quarantined. Having said that, he has started the summer with some good scores against his name during the Sri Lanka series and would want to continue his superb form.

Saqib Mahmood has casted a spell during the ODI series against the Pakistan team. His line and length was very accurate and he took some really crucial wickets for his side. He has been given an opportunity for the T20Is because of his performance in the ODIs and could actually be the most effective bowler in this series.

Today’s match prediction: England is expected to win this match. 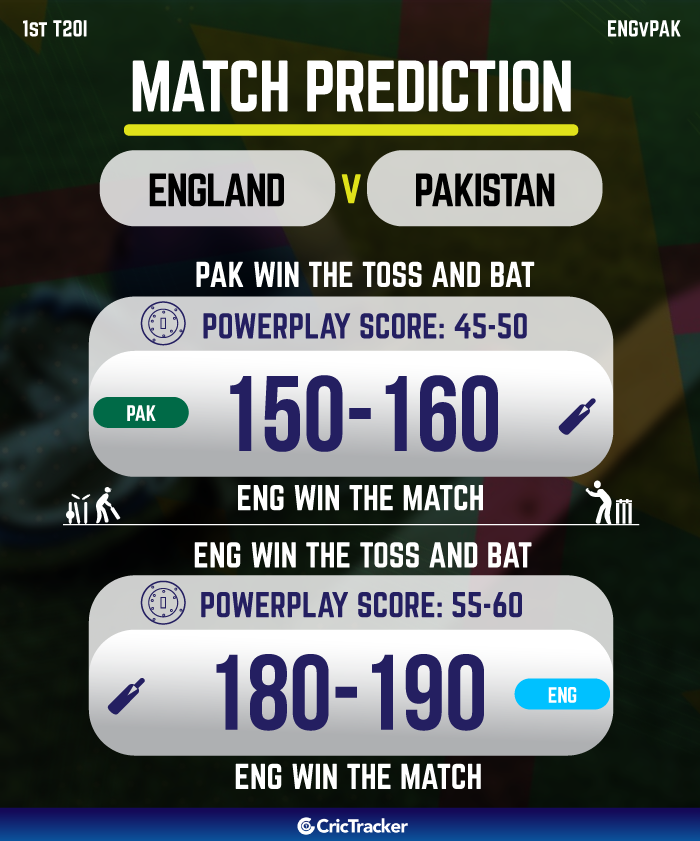