England vs Pakistan Match Prediction – Who will win today’s 2nd ODI match between ENG vs PAK?

The pitch at the Lord's has assisted the left-arm fast bowlers over the years.

England played with five debutants in the opening ODI against Pakistan at the Sophia Gardens. However, despite having a lack of experience in their squad, the hosts came out trumps by nine wickets with as many as 28.1 overs to spare.

The Three Lions chased down 142 in a mere 21.5 overs. Pakistan, on the other hand, were outplayed from all departments. The second game is scheduled to take place on Saturday, July 10 at the Lord’s in London.

It’s a must-win game for the Men in Green. The Brits, in meantime, would be looking to seal the fate of the series defying every other odd.

The pitch at the Lord’s is helpful for both batters and bowlers. But left-arm pacers tend to get some assistance due to the slope. Hence, Shaheen Shah Afridi’s role would be highly critical in the game.

Both teams should again look to chase. There are chances of heavy rain from 9 AM to 12 PM and thereafter as well. Hence, there could be interruptions and the DLS Method might come into play.

Babar Azam is a class act as he has scored runs across the globe. However, he couldn’t open his account in the first match of the series. Saqib Mahmood got rid of him in the very first over of the encounter.

But Babar knows the art of bouncing back after a failure or two. The Brits can’t afford to let him settle down as they could end up chasing leather if he gets his eyes in.

Shaheen Shah Afridi was arguably Pakistan’s standout bowler in the opening match of the series. He got the only wicket of Phil Salt early on. The left-arm speedster has a decent record at the Lord’s.

Back on July 5, 2019, he picked up a six-wicket haul against Bangladesh at the Home of Cricket. If the visitors have to make a comeback, Afridi has to be on top of his game.

Today’s match prediction: Pakistan are expected to win this match. 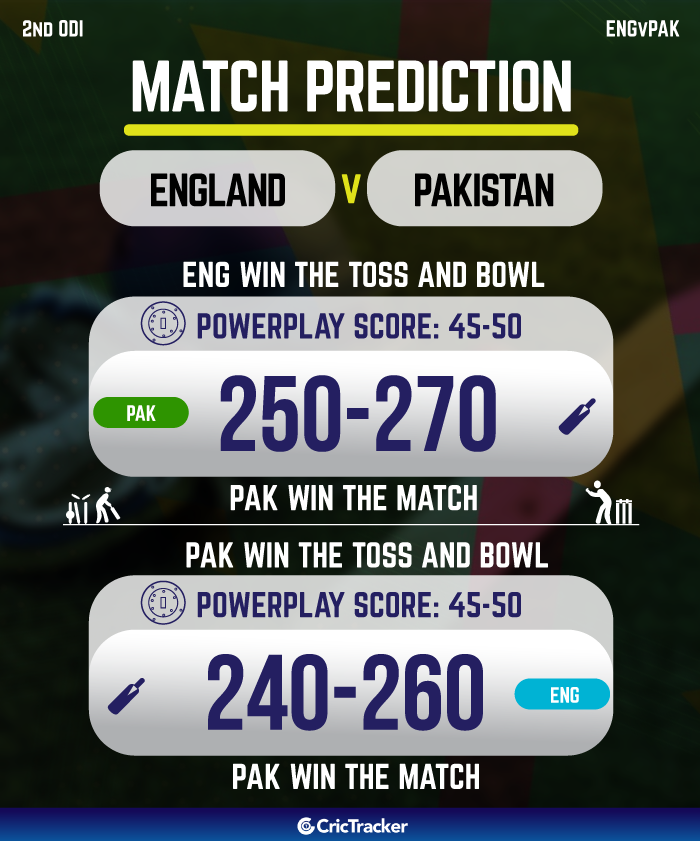