England vs Pakistan Match Prediction – Who will win today’s 3rd ODI match between ENG vs PAK?

Back in 2019, Babar Azam scored an ODI century at the Edgbaston during the World Cup.

Pakistan haven’t had much to cheer for by any means in the ongoing three-match ODI series against Ben Stokes’ England. Having lost the first two ODIs, the Men in Green have already conceded an unassailable 2-0 lead to their opponents with one match left in the series.

However, Babar Azam and Co have ODI Super League points to play for. The Three Lions, on the other hand, have looked in great form despite not having quite a few of their key players for the series. The hosts will be now be looking to secure a whitewash with another win.

The pitch in Birmingham has mostly been a sporting one over the 63 matches being played until now. The teams batting first and the chasing sides have mostly tasted success in equal proportion. Pakistan may want to bat first since they don’t have overly great numbers while batting second.

Babar Azam hasn’t had the best of series with the bat in hand. He has got out cheaply thus far and both times, it was Saqib Mahmood, who accounted for his wicket. Babar has impressive numbers at the Edgbaston, having notched 140 runs with a century against Kane Williamson’s New Zealand.

Saqib Mahmood has arguably been the standout bowler for England in the ODI series. After picking up a four-wicket in the first game, he returned with two scalps in the second. His economy of 3.50 has also been excellent. Moreover, he has dismissed opposition skipper Babar both times in the series. 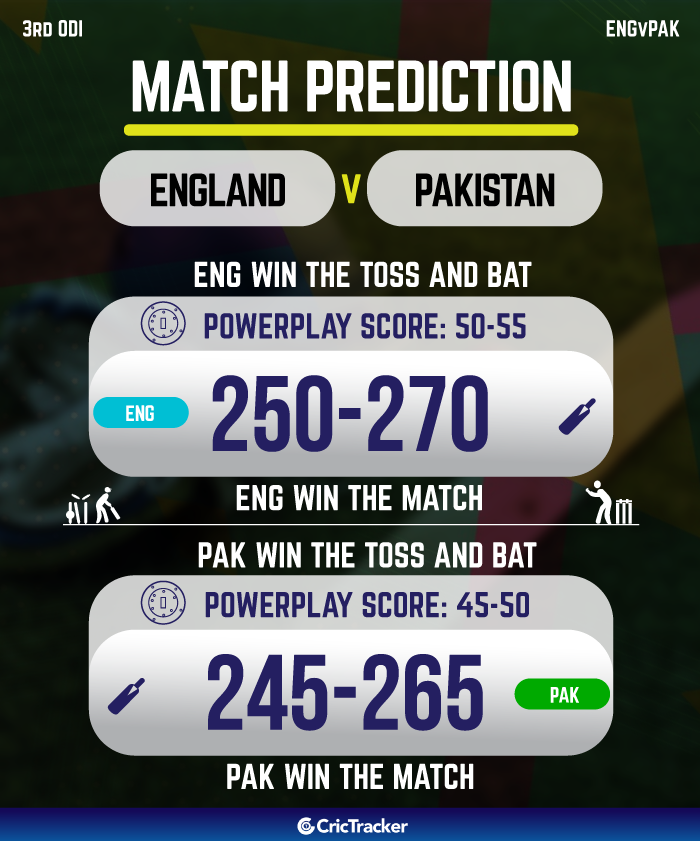