England is expected to win this match. 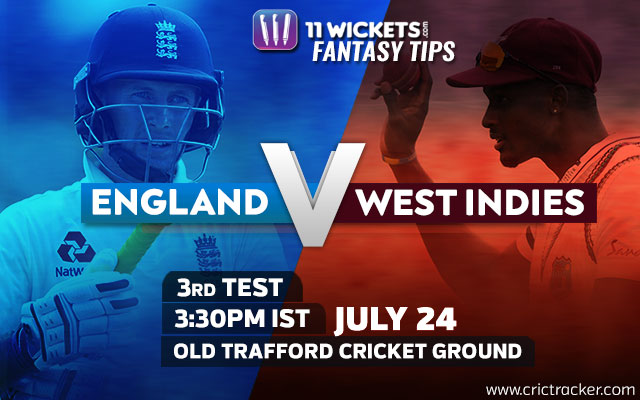 The 3rd Test of the three-match series between England and West Indies will be played at the Old Trafford in Manchester.

England and West Indies will face-off for one last time in the three-match Test series. The series is levelled with one match to go and both the sides will give their best efforts to win the Wisden Trophy. It is currently with the visitors and a draw is also enough for them to retain the trophy. However, England go in as favourites after they made a comeback in the previous game.

The skies will stay cloudy throughout the five days for this match. Rain might not be much of a hindrance but light can be.

The surface at the Old Trafford is likely to help the pacers again thanks to the weather conditions. However, the pitch is also decent for batting if you bat like Sibley and Stokes.

Ben Stokes, after his last match heroics, is undoubtedly the best option to make the captain. Apart from him, Stuart Broad and Dom Sibley would be the best picks from England team. For the West Indies, Shamarh Brooks is in great form with the bat. Jason Holder will be key as well while Roston Chase has done his job brilliantly thus far. 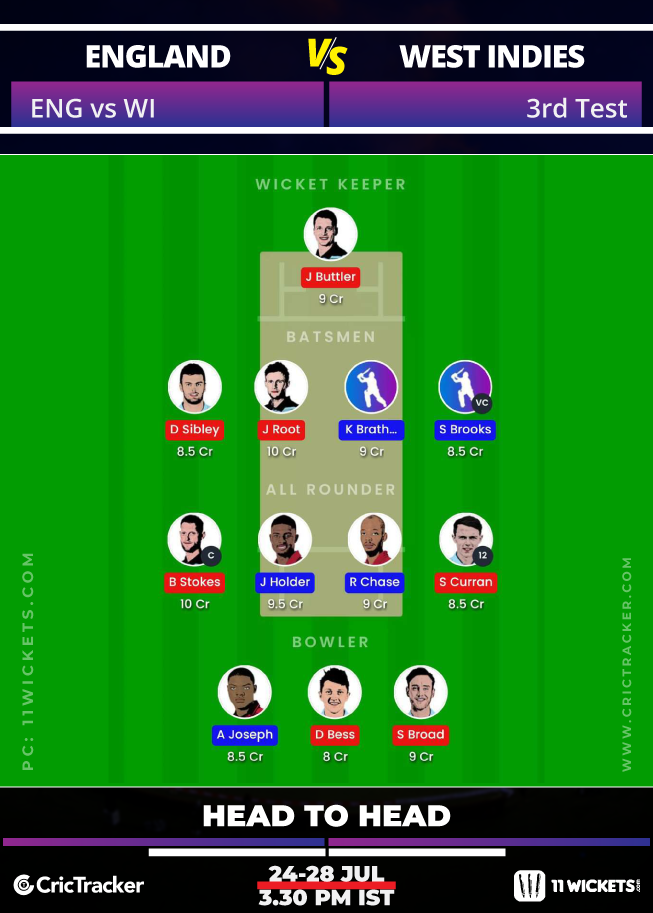 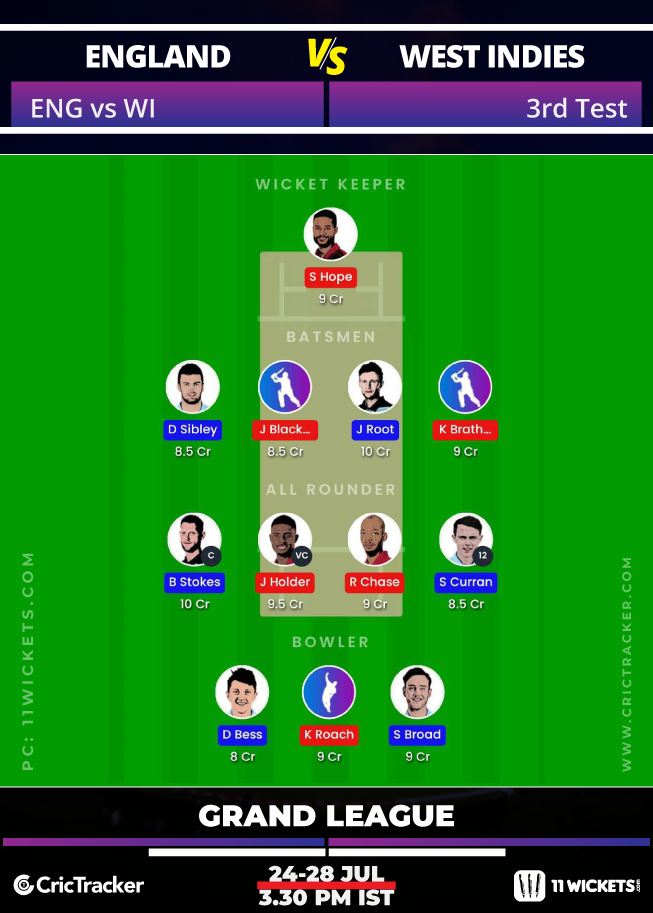 Expect both the teams to make a few changes for this match. Wait for the playing XIs.

England is expected to win this match.