Pakistan are languishing at the last place on the points table, and have won just one out of their five matches.

Match No.24 of the 2022 Women’s World Cup will see England locking horns with Pakistan. England are stationed at the fifth spot in the table, and have won two out of the five games they have played in the tournament. They beat the New Zealand side in a thriller with one wicket to spare in their previous match.

Pakistan are languishing at the last place on the points table, and have won just one out of their five matches. They posted their first win of the tournament in their previous match, where they thrashed West Indies with eight wickets in the kitty.

The pitch at the Hagley Oval is one where the batters can score runs if they get through the initial uncertain phase. The pacers will get the ball to swing upfront as well.

Tammy Beaumont has been in good form in the tournament and has scored 208 runs in five innings at an average in excess of 40. The way Beaumont performs will have a bearing in which way the match between the two sides swings.

Sophie Ecclestone is the highest wicket-taker for England in the 2022 World Cup and has prized out eight batters in five matches at an average of 23.50. Ecclestone has the ability to rip through any batting line-up on her day. 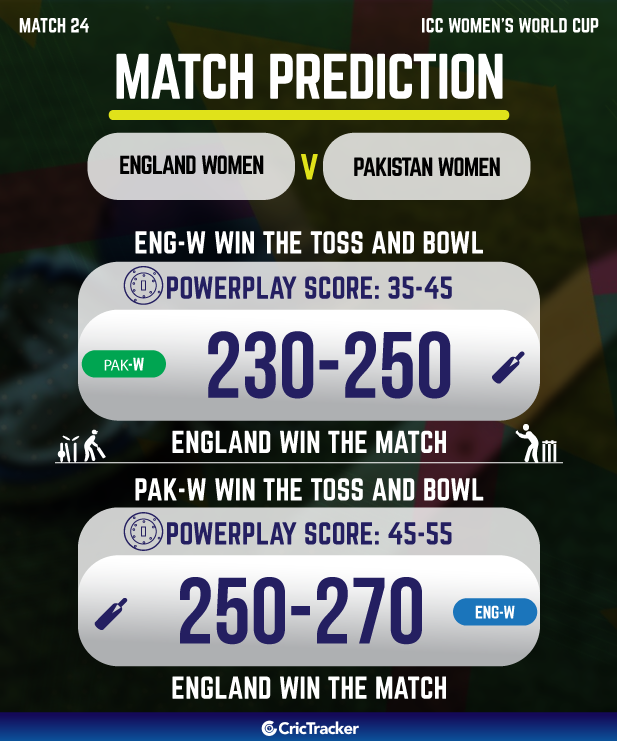