South East Stars are expected to win the match.

Sunrisers and South East Stars will lock horns in the fourth match of the English Women’s T20 Cup. South East Stars have one of the best batting units this season and they will be led by Bryony Smith who will be looking to make her impact in both departments. While Sunrisers will be captained by Kelly Castle and they have a very good young squad for this tournament. Both these teams have some new faces and it promises to be an exciting game.

The track will help the pacers initially and get better for batting as the game progresses. Both sides should opt to bowl first and make use of it with the ball.

Cordelia Griffith was the leading run getter for the Sunrisers team in the last edition scoring 129 runs in 4 matches at an average of 32.

Mady Villiers is a very good off spinner who played a lot of matches for England recently.  She is also very handy with the bat and can be a good pick for this match.

Alice Capsey was terrific with the bat in the previous season scoring 203 runs in 6 matches at an average of 40 and also picked up 7 wickets with the ball.

Bryony Smith is a quality all rounder and picked up 14 wickets in the last tournament while also scoring 162 runs batting at the top of the order. 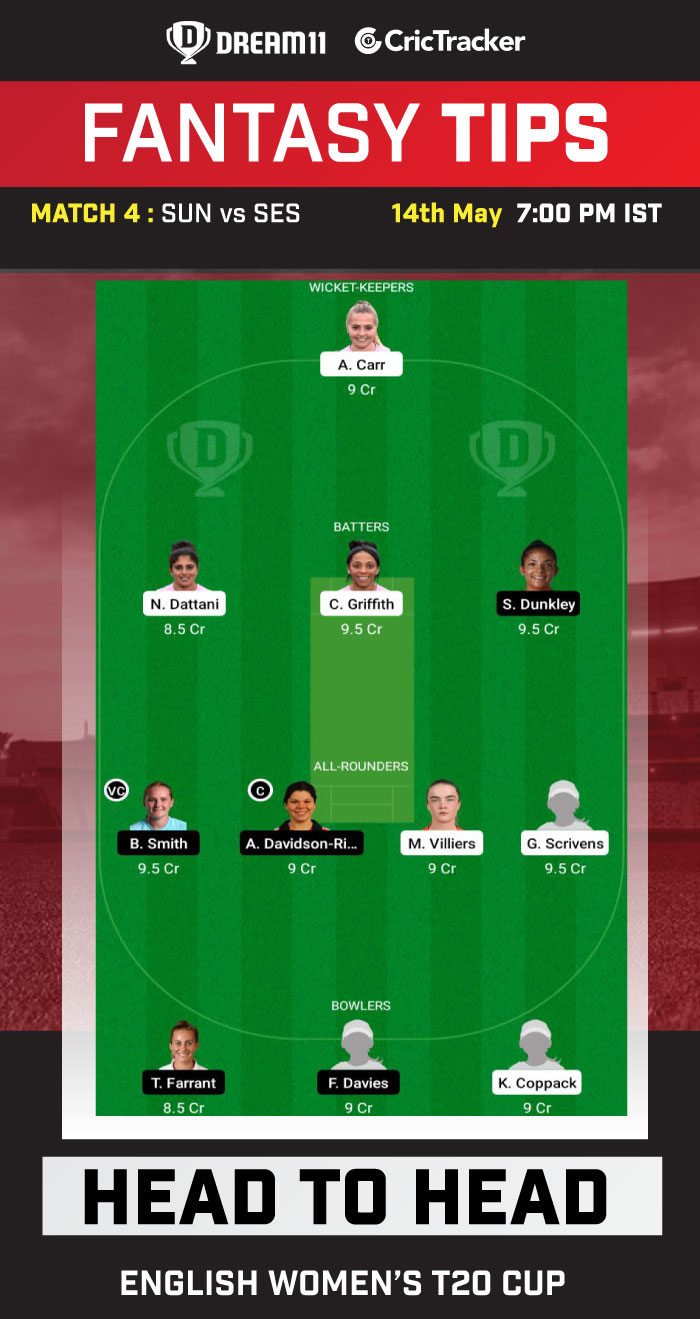 South East Stars are expected to win the match.