Tom Banton is a must-pick player for your fantasy team.

Essex will lock horns with Somerset in the upcoming South Group fixture of T20 Blast 2021. This match will be played at the County Ground in Chelmsford.

Somerset have been pretty impressive this season and will walk into this game as favourites. They have won four of their eight games with two fixtures getting washed out due to rain. Notably, the Lewis Gregory-led side is currently fifth in the South Group team standings but a win in this contest would see them toppling Gloucestershire at the top.

On the other hand, Essex have blown hot and cold this season, winning just three of their nine games. Although the side has impressed at times, performing consistently has been a concern for them. Simon Harmer’s men will head into this game on the back of a 28-run defeat against Kent and would want a different result.

Captaincy Picks for ESS vs SOM

The Somerset opener mustered a scintillating century in Somerset’s last outing and won’t mind replicating his heroics again. Banton made an absolute mockery of Kent bowlers and slammed boundaries all over the park. Hence,  Essex bowlers must come up with a solid plan against him. Not to forget, Banton has also been précised with his wicket-keeping duties.

Cook will be the man to watch out for from the Essex camp. The right-arm pacer doesn’t tend to leak many runs and his ability to take wickets at any stage of the game makes him a captain’s delight. So far, Cook has scalped 11 wickets in eight games at an impressive economy rate of 7.32. Notably, Cook is also a handy batsman lower down the order. 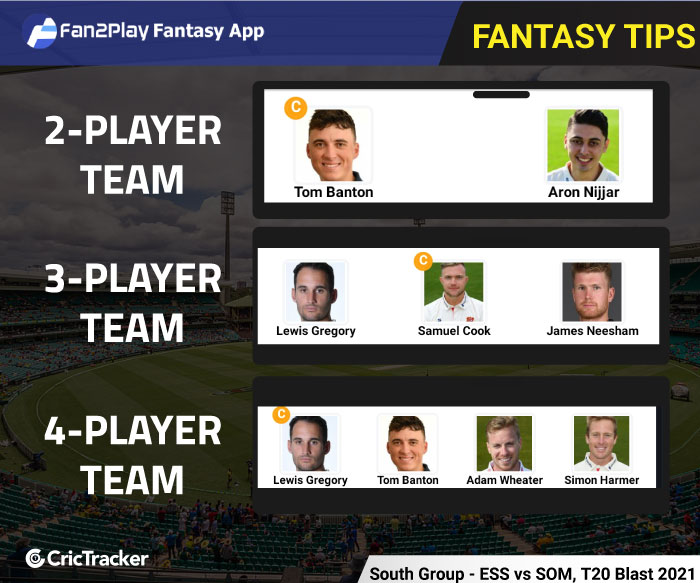 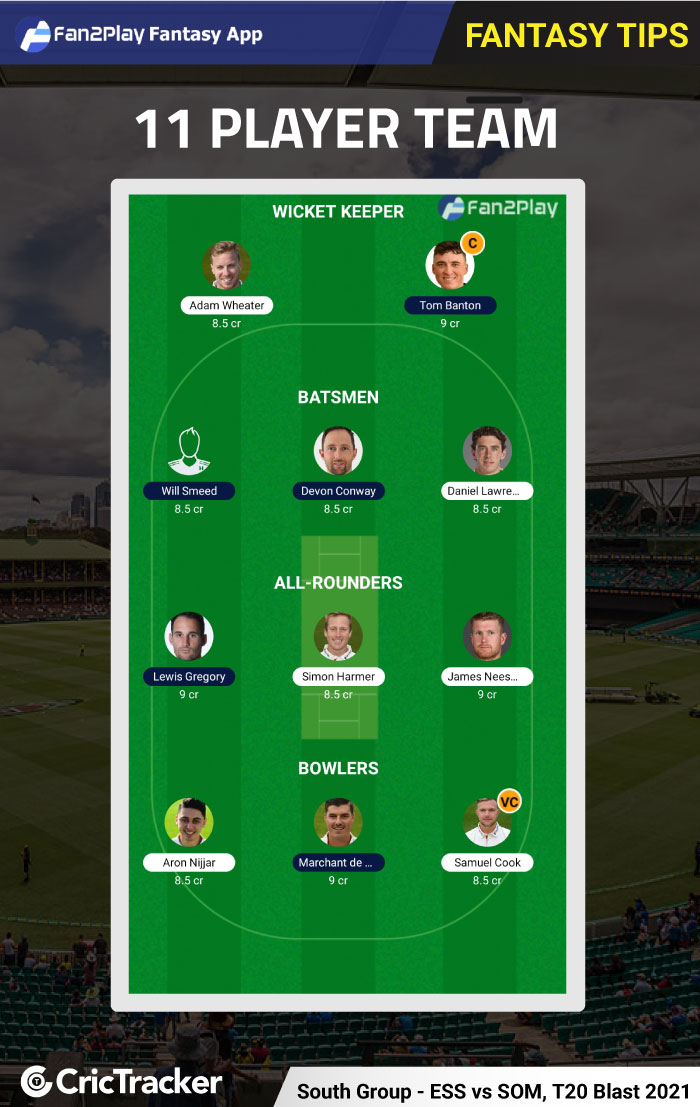