The winner of this match will play against Malo in Eliminator 2.

Farmers will take on GEK Corfu in the Group E Eliminator 1 of the European Cricket League 2022. Whoever wins this match will take on Malo in Eliminator 2. Both Farmers and GEK Corfu didn’t have the greatest of tournaments so far as they managed to win only one game each in the league stages and finished 5th and 6th respectively in the Group E standings.

Batters failed to score big runs on Wednesday and the bowlers showed they can contain runs if they bowl to the plan. Having said all this, it’s still a batter’s friendly wicket and we can expect fireworks in this match.

Charles Perchard is an important member of the Farmers unit. In 5 matches in this tournament, he has scored 73 runs at a strike rate of 152.08 and picked up 3 wickets at an economy of 8.22.

Asa Tribe had a reasonable tournament with the bat. In 5 matches, he has added 73 runs at a strike rate of 192.1 with the best score of 31.

Anastasios-Tasos Manousis put up a good show with the bat in the last match against Pak I Care, he scored 48 runs from 25 balls, and overall, in this tournament, he has added 124 runs with the highest score of 67 and even picked up 4 wickets with the ball.

Ari Karvelas is a useful all-rounder. In 5 matches in this tournament, he has scored 84 runs and picked up 5 wickets with the best figures of 2 for 16.

FAR vs GEK Must Picks for Dream11 Fantasy Cricket: 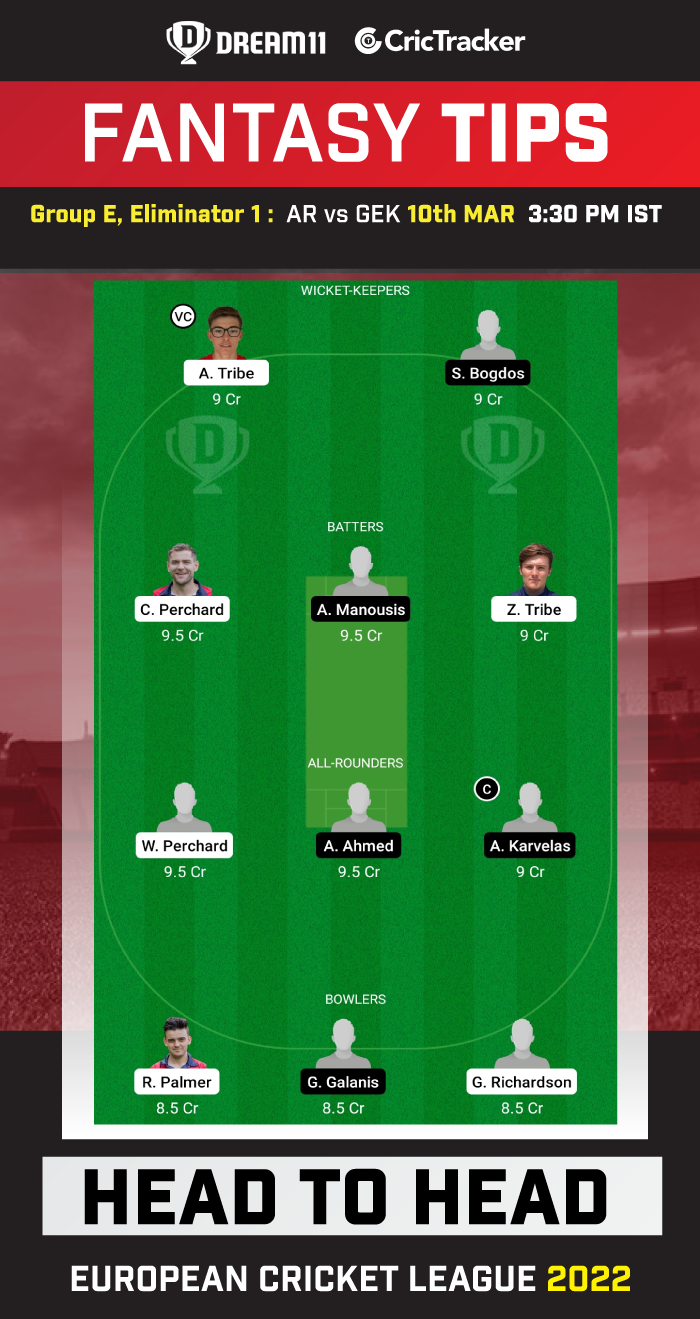 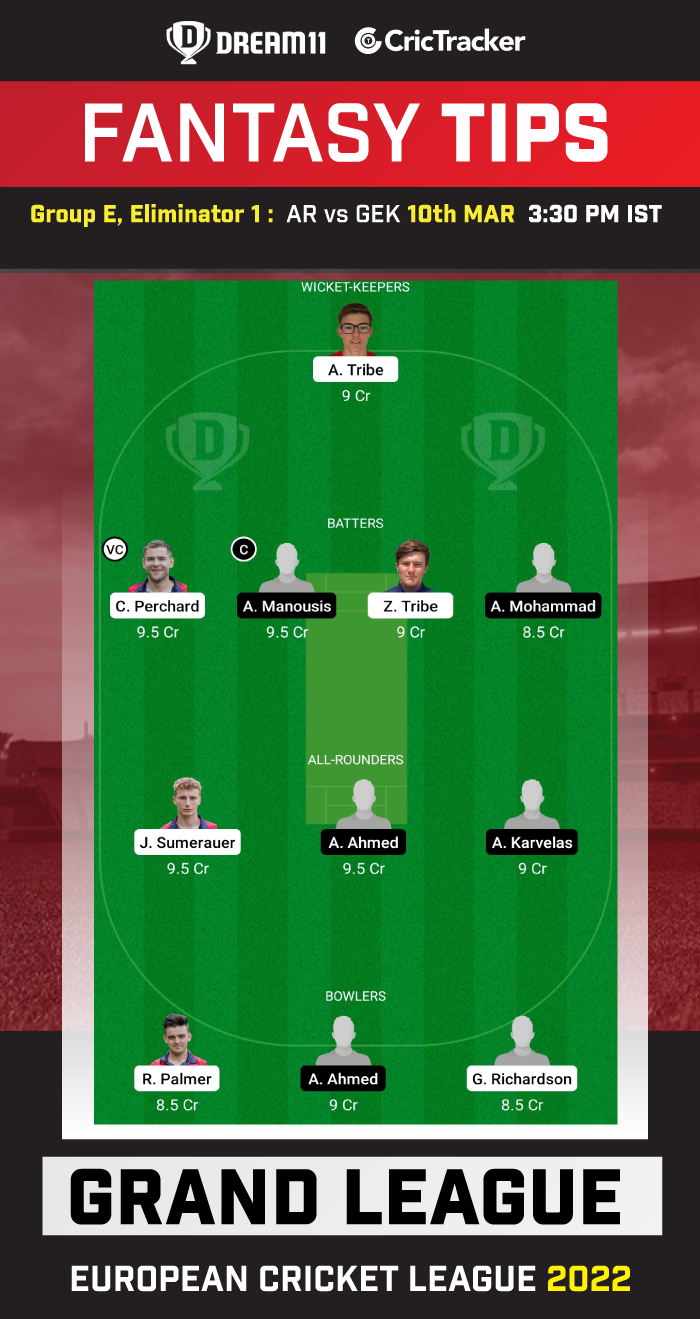 Farmers are expected to win this match.