HBS Craeyenhout and GEK Corfu are all set to lock horns against each other in the European Cricket League T10 fixture on Monday. This is scheduled to be the third fixture of Group E. HBS Craeyenhout kickstart the proceedings, as they face Farmers in the first fixture of the day.

On the other hand, GEK Corfu are also scheduled to play two games on Monday. After their first game against HBS Craeyenhout, they will face Malo in the second fixture, later in the evening. All five fixtures for the day are scheduled to be held at the Cartama Oval Stadium.

The last few matches of the European Cricket League, Group D witnessed a string of low scores as the pitch had worn out. The Group E encounters will also be played on the same track, hence, we expect a bowler-friendly wicket.

Tobias Visee has plenty of International experience to his advantage. The Dutchman has played over 30 T20Is for his national side and has scored 496 runs at an average of 16, and a strike rate of nearly 150.

Julian De-Mey will be the key bowler for HBS Craeyenhout. In 14 matches played last year, he picked up 15 wickets at an average of just 16.06.

Asrar Ahmed is a valuable all-rounder to have on your side. He picked up 10 wickets in 8 outings last season, at an average of just 10.30. He was disappointing with the bat, scoring just 29 runs at an average of 7.25. However, he has the ability to perform much better with the bat.

Anastasios Tasos Manousis scored 176 runs in 8 outings last season, at an average of 35.20. His highest score was an unbeaten knock of 82 runs, and he batted at a strike rate of over 175. 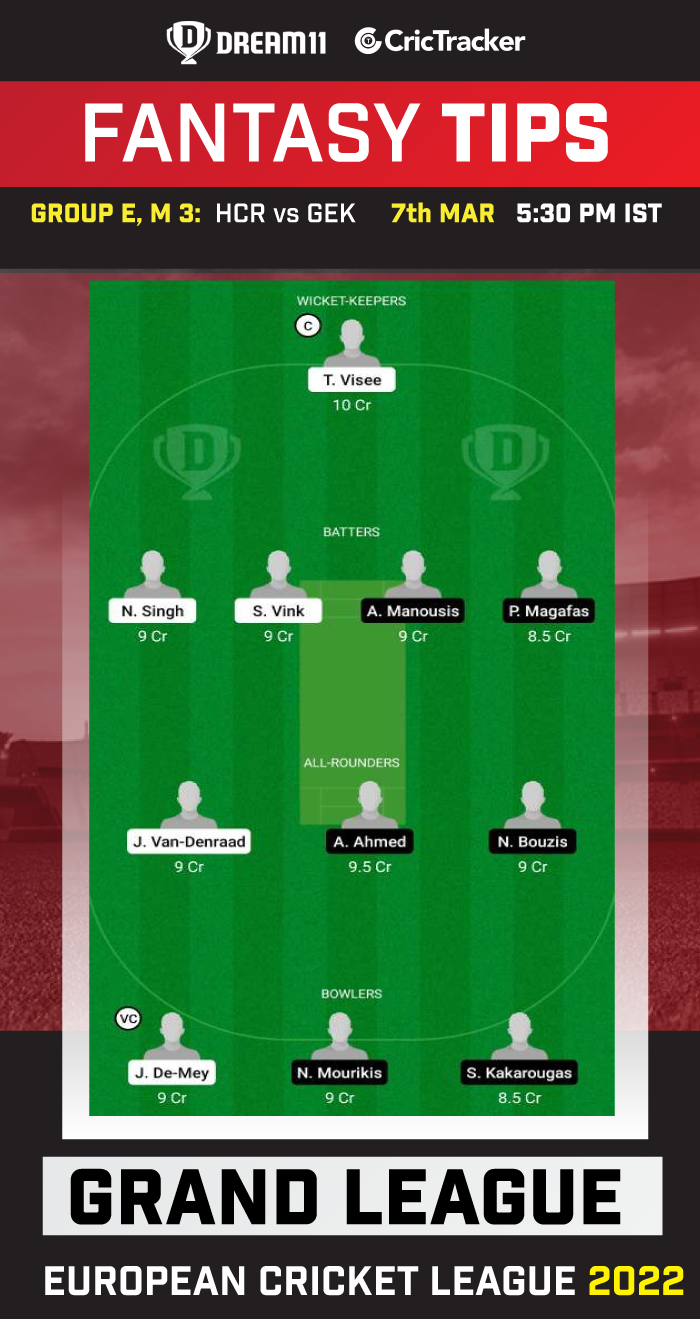 GEK are expected to win this encounter.