Gopi Singh has stepped up with the bat for Pinatar. He’s picked up five wickets in three games and has looked their best bowler.

The eighth match of the European Cricket Series Alicante T10 will be played between Pinatar Pirates C.C vs Levante C.C at the Sporting Alfas Cricket Club in Alicante.

Sporting Alfas C.C beat them comprehensively in the first game but they came back strongly. They won their next two games against Intellectuals C.C and La Manga C.C to move to the top of the table. Moreover, both those wins were convincing as well. They are looking pretty strong at the moment.

Alicante is set to experience a largely cloudy day. However, there is absolutely no rain predictions. The temperatures will hover around 21 degrees and humidity won’t be much either. Humidity will range largely under 40% throughout the day.

This is going to be the fourth game of the day. 80 overs of cricket would’ve been already played on it. But it is likely to be a good batting surface. The ball will most likely come on to the bat nicely and we could be in for a high-scoring game.

Gopi Singh has stepped up with the bat for Pinatar. He’s picked up five wickets in three games and has looked their best bowler. Shakeel Hafiz will be a crucial player for Levante C.C as he will lead the charge with the bat. Abbas Saqlemm has been excellent with the bat. He has shown that he can bat big and take the game away from the opposition. 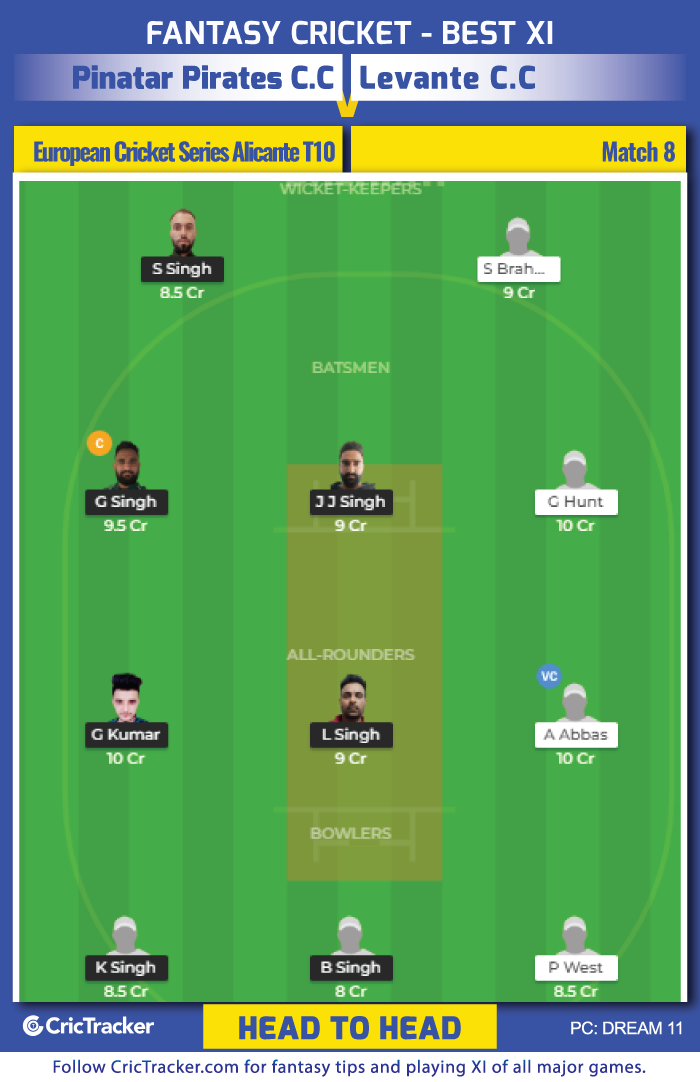 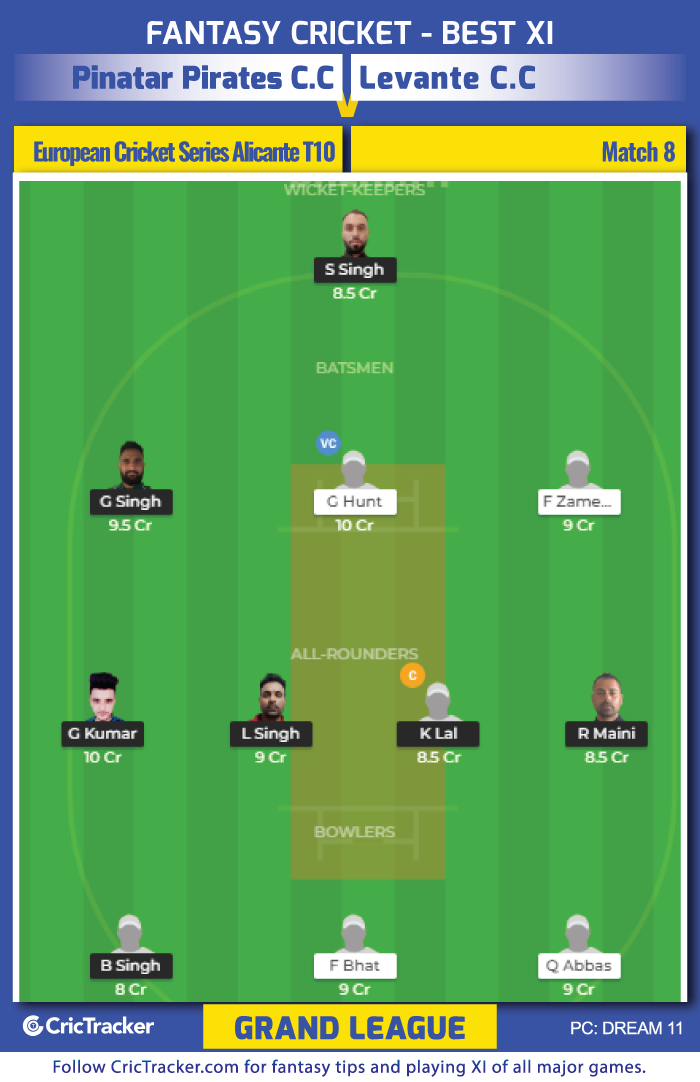 With T10 having just two overs each for a particular bowler, it’s tough to create a big impact. Hence, it’s important to pack your side with top-order batsman and all-rounders who can fetch you points all-round.

Pinatar Pirates C.C will be the favourites to win this game.