Both the teams won 3 out 5 league games in the tournament.

Barmy Army and Tornadoes will play the 2nd Semi-Final of the Fairbreak Invitational T20 2022. Barmy Army won 3 out of 5 matches and were placed in the second position in the points table. They defeated Tornadoes in the first match by 8 wickets after chasing a target of 151 runs in 15.5 overs.

Tornadoes also won 3 out of 5 matches and were placed in the 3rd position in the points tally. They played their last group stage game against the Falcons and won that match by 7 wickets after chasing a target of 139 runs in 19.2 overs. Both the teams have enough match-winners and they would be able to deliver a great performance.

The pitch is expected to provide a lot of support to the batters and spinners might get to play a key role in the middle overs. The team winning the toss might look to bat.

Deandra Dottin has made 171 runs in 5 matches at an average of 85.50 and a strike rate of 137.90 including 2 half-centuries. She has taken 2 wickets as well in the tournament. 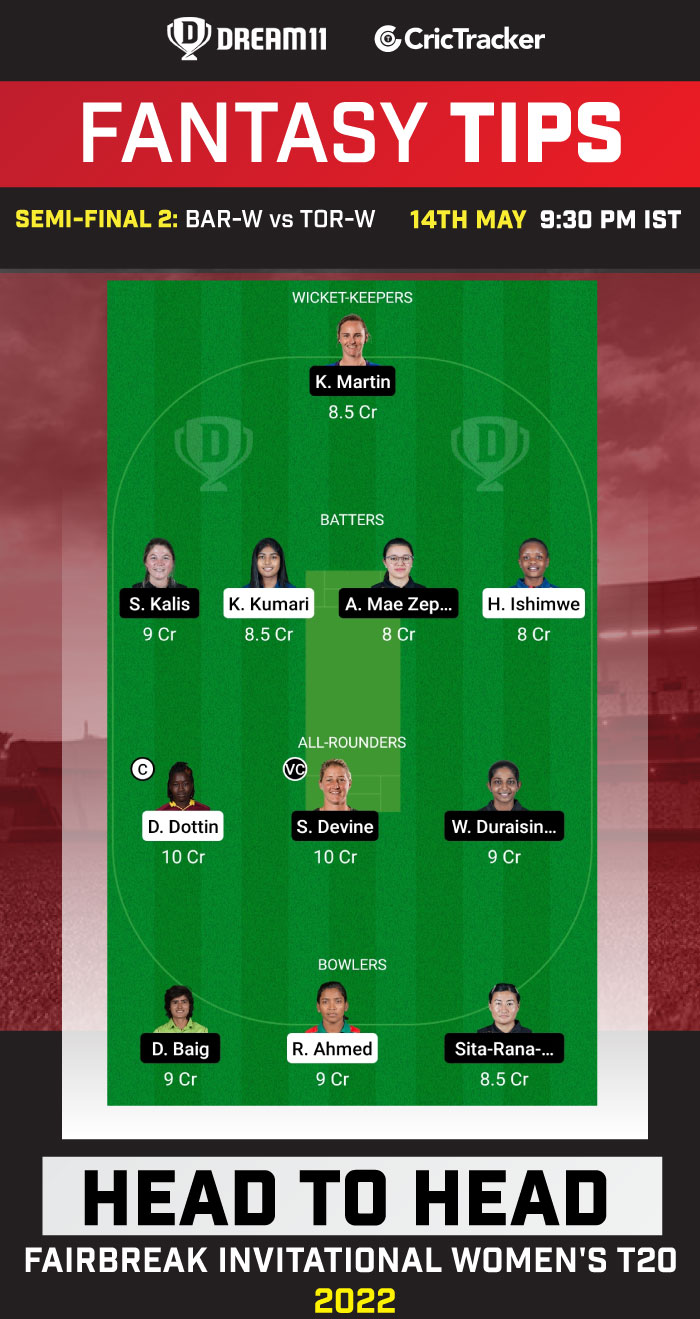 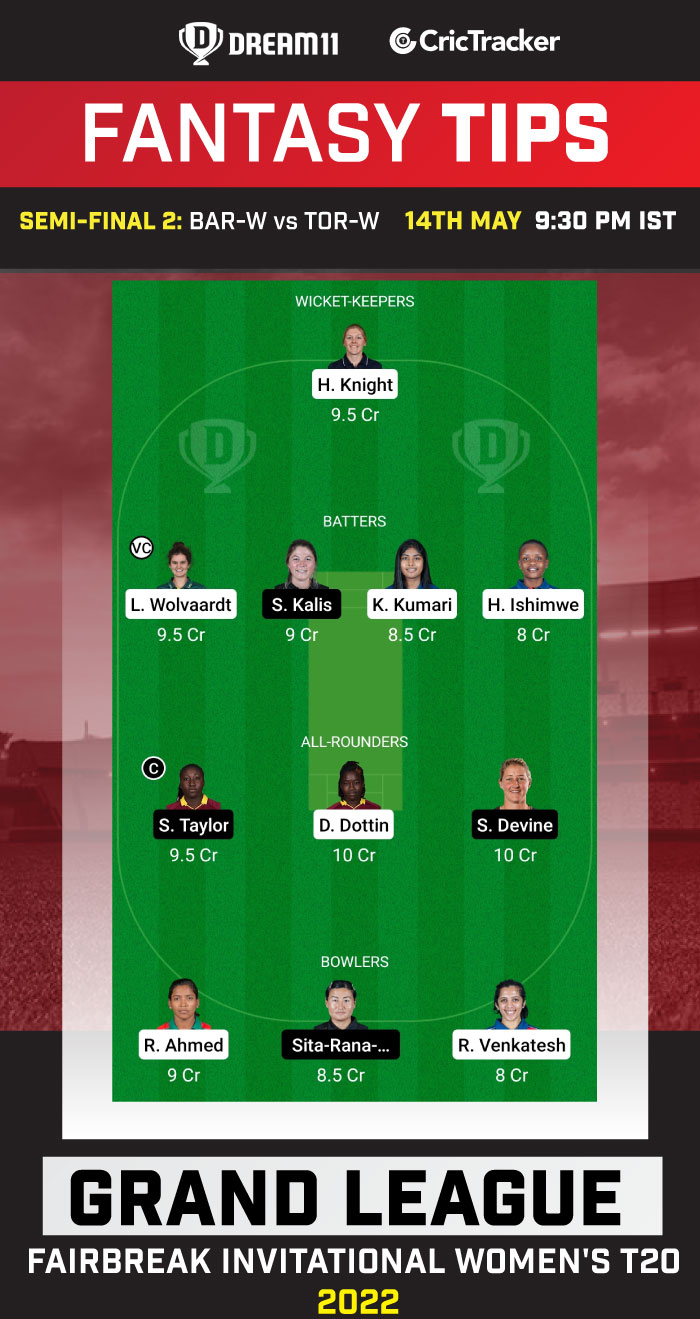 Tornadoes Women are expected to win this match.