Fortune Barisal are expected to register their second win by beating a lowly Beximco Dhaka. 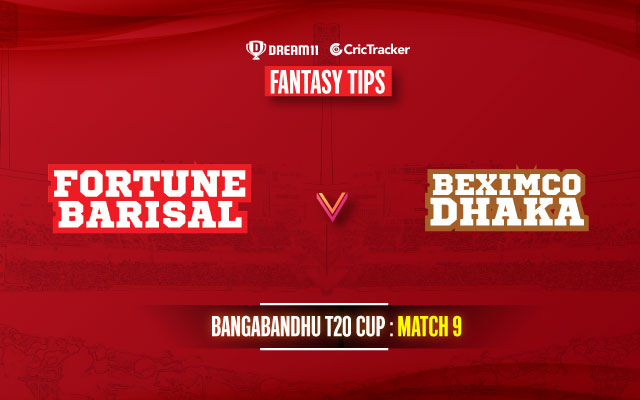 The 9th match of the Bangabandhu T20 2020 will be played between Beximco Dhaka and Fortune Barisal at the Sher-e-Bangla National Stadium in Mirpur, Dhaka.

Representing the capital, fans had great expectations from Beximco Dhaka in the inaugural edition of Bangabandhu T20 Cup. However, all hopes have vanished after merely a week into the competition. Dhaka have lost all of their 3 games and were completely thrashed in two of them.

They will meet another struggling side on Wednesday, albeit not as much as them. Fortune Barisal have had a roller-coaster ride in the competition so far. They suffered a narrow defeat against Gemcon Khulna in the first game, but then made a great comeback against Minister Rajshahi. However, a loss against Gazi Group Chattogram has put them in the back seat once again.

The temperature is expected to be around the 29 degrees Celsius mark. Chances of precipitation are minimal.

The pitch in Mirpur is helping the bowlers a lot. Any score around 140 might be a good enough total to defend.

Though there have been questions on his captaincy, Tamim Iqbal has been on the money with his batting abilities. He has scored 124 runs in 3 games.

Kamrul Islam Rabbi has been the most successful bowler for Barisal. He has picked up 6 wickets and has also maintained an economy rate of just over 6 runs per over.

Like Tamim Iqbal, Mushfiqur Rahim has also been poor as a captain but impressive as a batsman. He has scored 78 runs at an average of over 25.

Mehidy Hasan Miraz has picked up 4 wickets, while maintaining an economy rate of less than 7 runs per over. He can be handy with the bat as well. 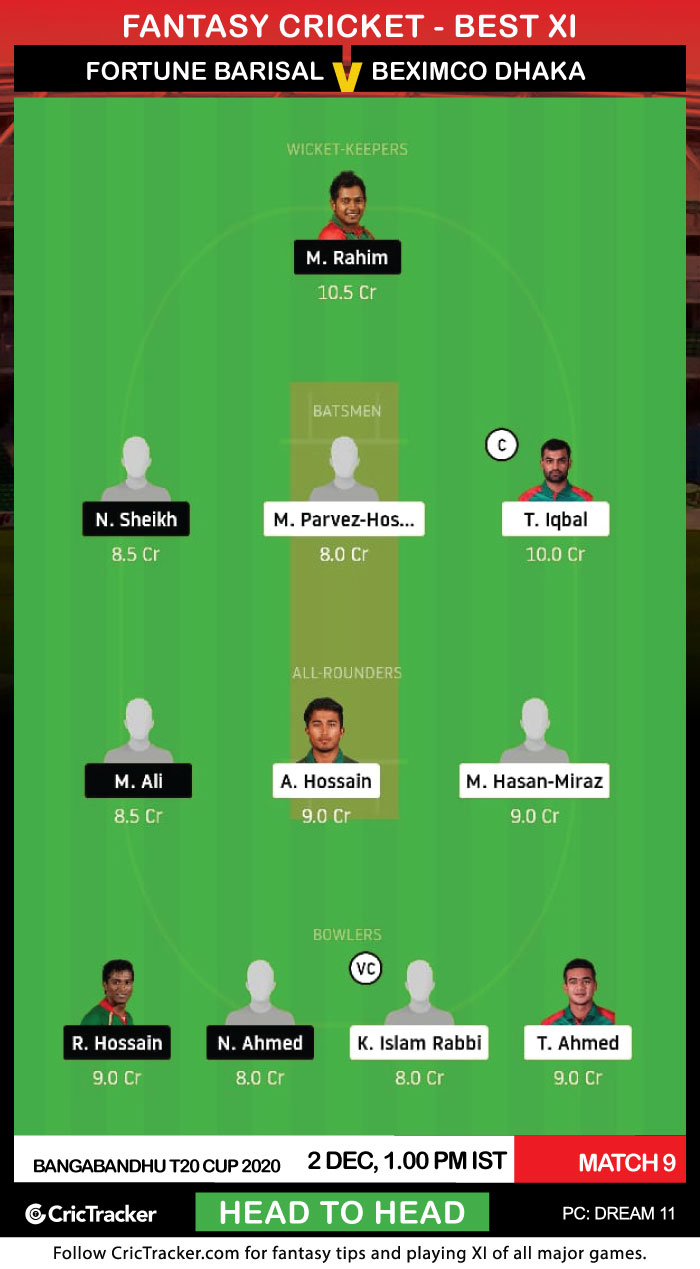 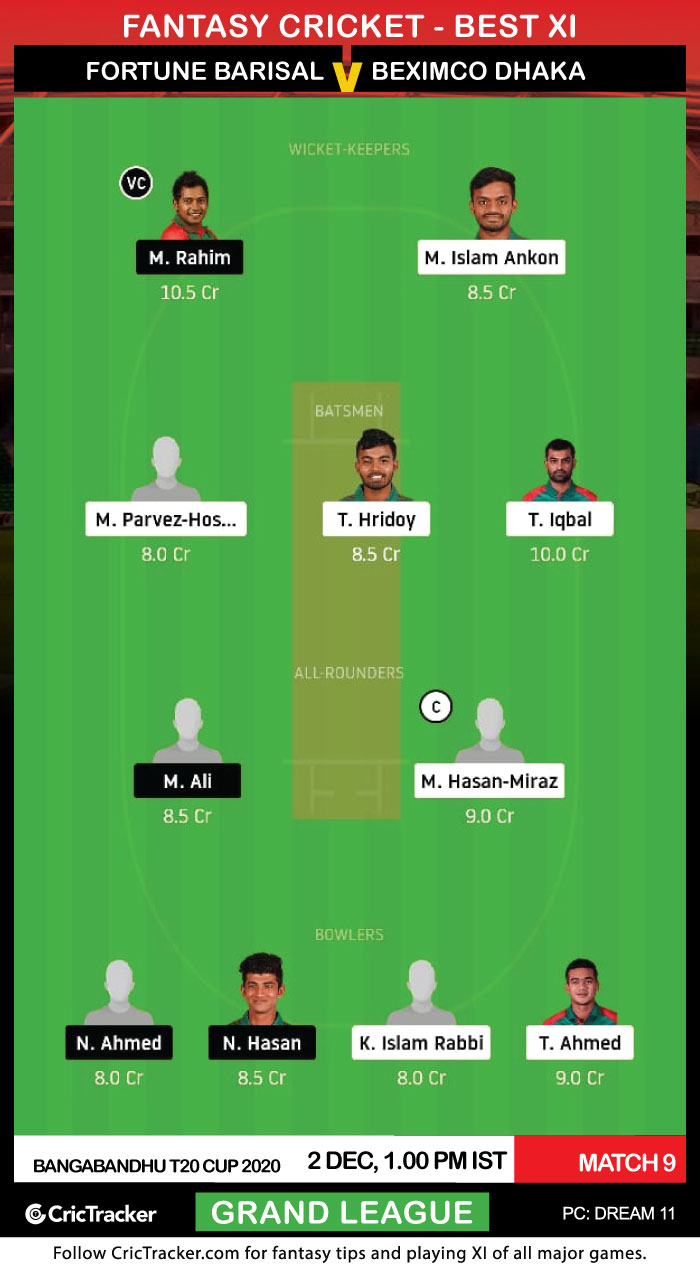 Given how the pitch has played in this tournament, it would be wise to pick 4 bowlers in at least one of your Dream11 Fantasy teams.

Fortune Barisal are expected to win this match.