Chattogram's bowlers are in riveting form, bowling opponents out for 86 and 88. 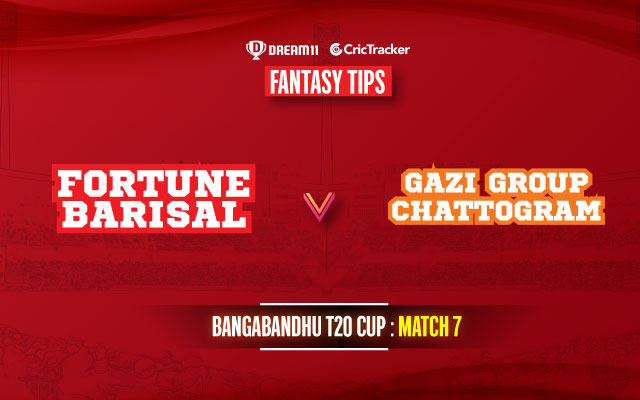 The 7th match of the Bangabandhu T20 2020 will be played between the Fortune Barishal and the Gazi Group Chattogram at the Sher-e-Bangla National Stadium in Mirpur, Dhaka.

Gazi Group Chattogram have arguably been the standout team in the tournament. Having won their first two games with a net run rate of 2.435, Mohammad Mithun and Co are sitting pretty on top of the points table. In the two games, they bowled their opponents out for 88 and 86 respectively. Moreover, in those matches, Chattogram lost only two wickets and won by nine wickets both times.

In their next game against Barishal, the table-toppers will want to stamp their authority yet again. Barishal, on the other hand, started their campaign snatching defeat from the jaws of victory. However, they ceased Minister Group Rajshahi’s winning streak, beating them by six wickets. Another win might even see the Tamim Iqbal-captained unit move to second in the points table.

There are no chances of rain with the temperature around the 29 degrees Celsius mark. There will be 30 per cent cloud cover, but it’s not expected to pose much of a threat. The humidity won’t be high with the numbers mostly be in the high-30s.

The pitch in Mirpur is becoming slower and slower with the progress of the tournament. The ball is tending to hold up on the surface, making playing shots on the up a difficult task. Batting second should the way forward, bearing in mind the chasing records thus far.

Mominul Haque has been ruled out of the tournament due to a fractured finger.

Mahmudul Hasan Joy has recovered from COVID-19 and has joined the team on Saturday.

Mustafizur Rahman has been outstanding in the tournament, picking up six wickets, including a four-wicket haul last time. He has also bowled at an incredible economy of 2.51.

Liton Das has, without a doubt, looked fluent for Chattogram. Having scored 87 runs with a top score of an unbeaten 53, he has done brilliantly thus far with the bat in hand.

Tamim Iqbal floundered in the first game, but made amends in the previous encounter. On a difficult strip to bat in, the veteran southpaw managed 77 unbeaten runs.

Soumya Sarkar has bowled only two overs where he picked up the solitary wicket of Nasum Ahmed. With the bat, the left-hander has 70 runs at a decent strike-rate of 120.68.

Mehidy Hasan Miraz has scores of 0 and 1, but he is more than decent with the bat as he showed in the 2019-20 BPL. With his slow off-breaks, he has picked three wickets. 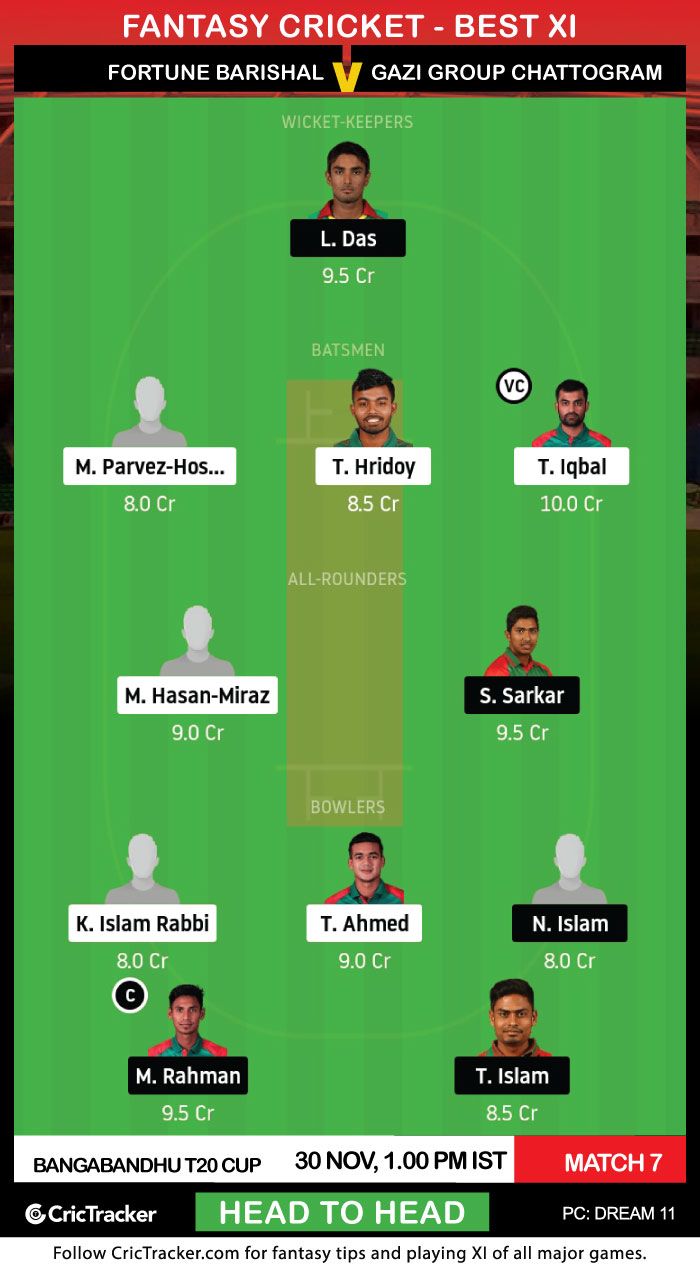 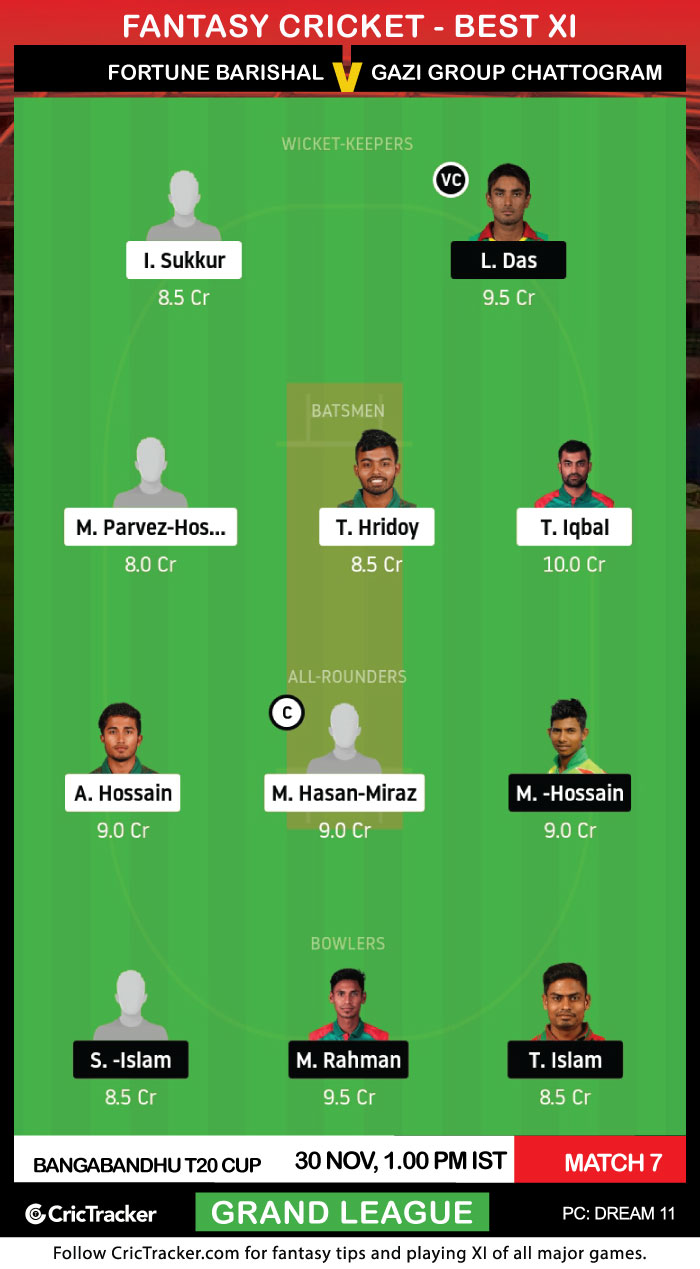 The pitches in Dhaka are gradually becoming slow and hence, picking more bowling options may just do the trick for you.