The 3rd match of the Vincy Premier League T10 will be played between Fort Charlotte Strikers and Botanical Gardens Rangers.

The 3rd match of the Vincy Premier League T10 will be played between Fort Charlotte Strikers and Botanical Gardens Rangers at Arnos Vale Ground in St Vincent on 16th May.

The match will start at 9:00 PM IST and it will be streamed live on Fancode.

Fort Charlotte Strikers had a miserable start to their tournament journey as they were completely dominated by the La Soufriere Hikers. Batting first, Charlotte Strikers only managed to score 43 runs in their complete quota of 10 overs and eventually lost the match by 9 wickets.

Botanical Gardens Rangers had the worst possible start to their tournament campaign as they recorded one of the lowest scores in the T10 format in getting all-out for just 26 runs. Both the teams must forget what has happened before and concentrate on the upcoming matches.

Captaincy Picks for FCS vs BGR

Skipper Miles Bascombe wasn’t able to perform well in the first match of the series as he got out for just 4 runs. He is a capable batter and you can pick him as your fantasy team skipper.

Keron Cottoy didn’t do well either in the 1st match as he also got dismissed for a low score. He had a decent tournament last year where he scored 152 runs in 10 innings. You can pick him as your fantasy team skipper. 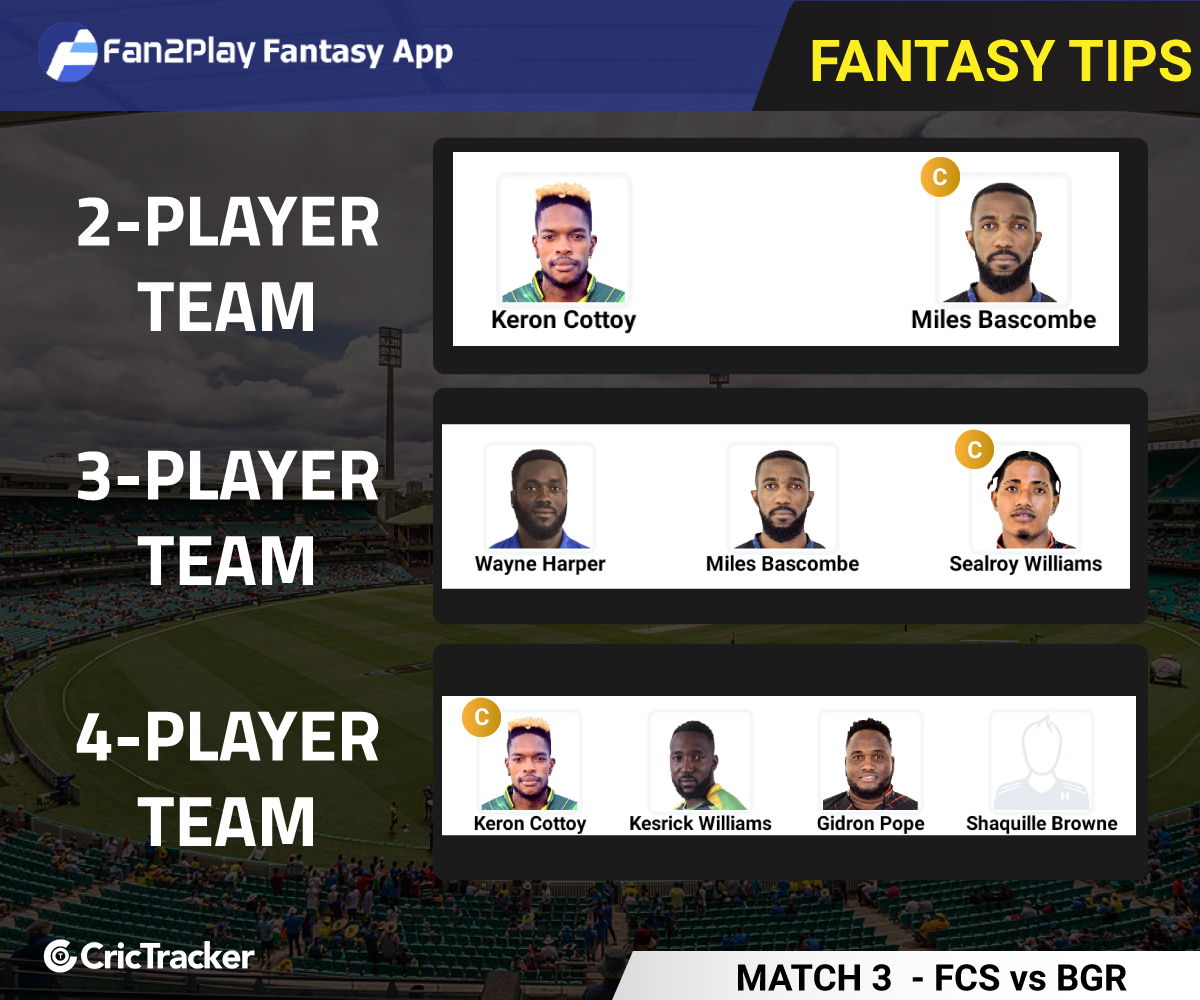 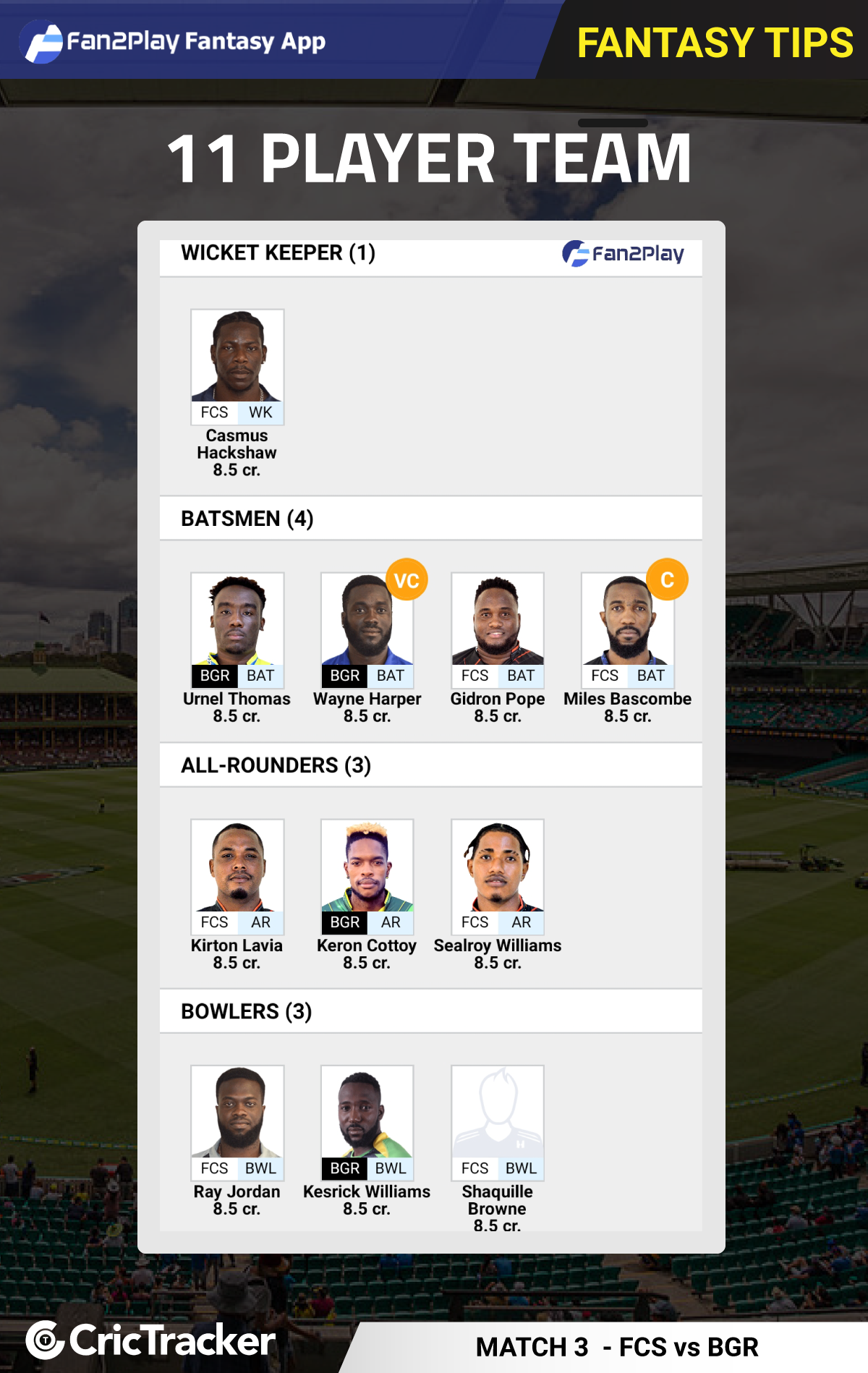