Deron Greaves has been among the top players for his team in the past season.

The 8th match of the Vincy Premier League T10 will be played between Fort Charlotte Strikers and Dark View Explorers at Arnos Vale Ground in St Vincent on 18th May.

The match will start at 11:00 PM IST and it will be streamed live on FanCode.

After that match, they lost their next contest against Salt Pond Breakers. On the other hand, we have Fort Charlotte Strikers who had lost their first match against the La Soufriere Hikers, but came back strongly to win their second match against Botanical Gardens Rangers.

Captaincy Picks for FCS vs DVE

Deron Greaves has been among the top players for his team in the past season. In the first match as well, he fell for a duck with the bat, but came back in the second innings to pick up two wickets for 13 runs. In the next match, he picked another wicket and also made a quickfire 16-ball 27.

In the last match, he managed to score 30 runs from 25 balls, an innings which was crucial for his team. He also picked up one wicket and gave just eight runs from the two overs which he bowled. 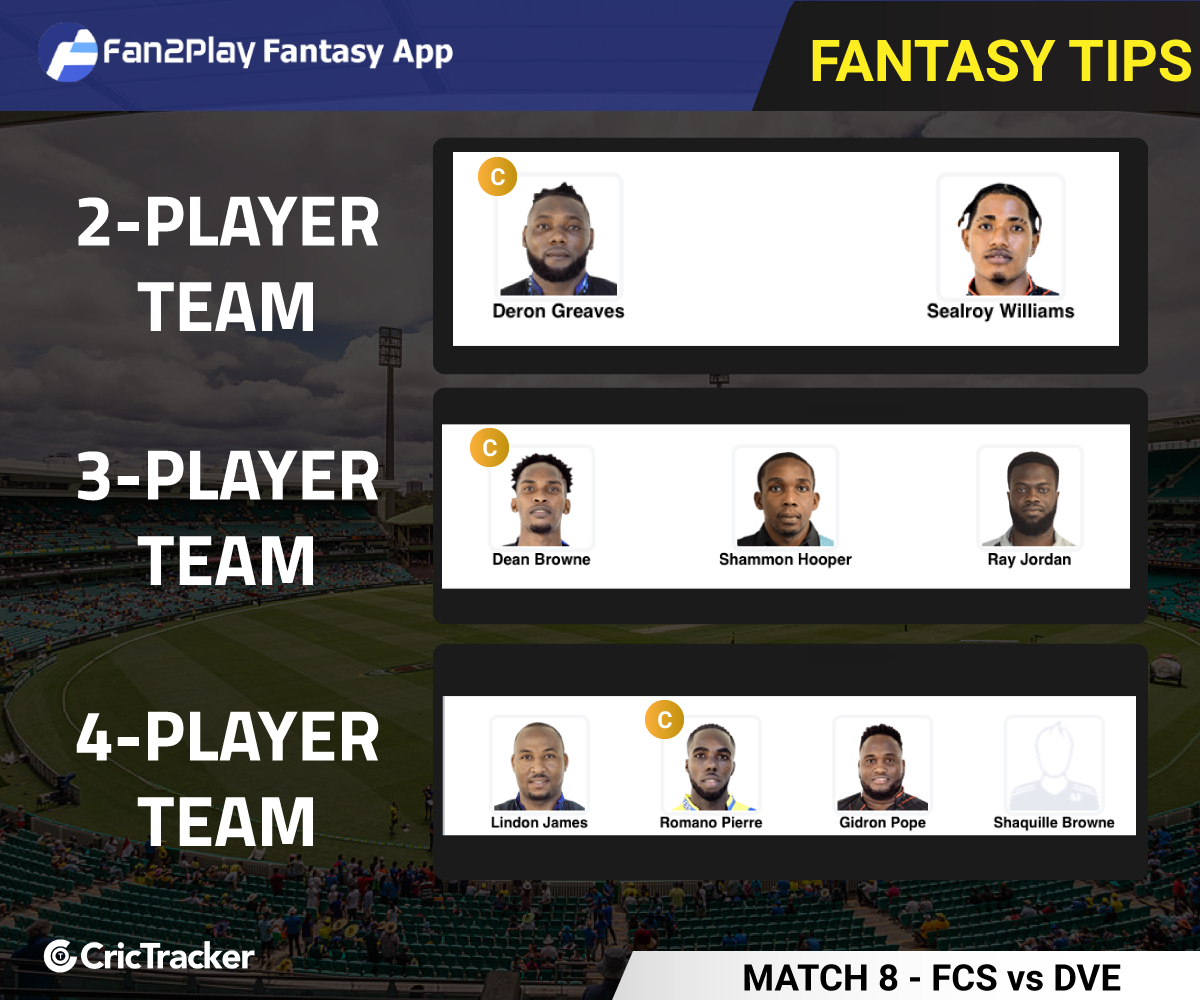 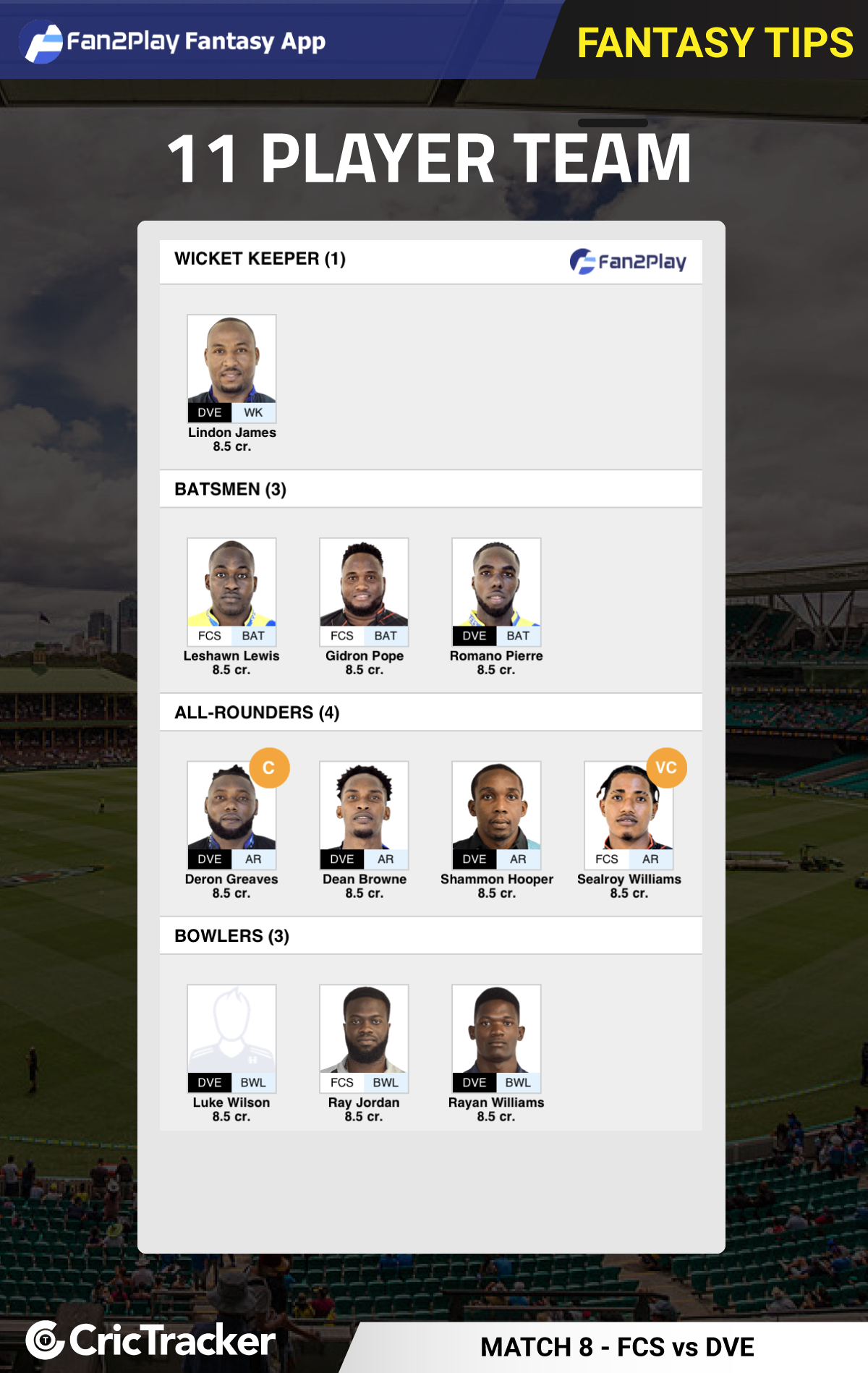