The Fair Deal Defenders are expected to win this fixture.

On Thursday, the Fair Deal Defenders will face Brother Gas in the second match of the Bukhatir T20 League 2022 at the Sharjah Cricket Stadium in Sharjah. BG has lost three of its previous five games, most recently by a score of 36 runs to KAS. FDD, on the other side, has comparable stats, having won two of their past five games. They were defeated by AJH by three wickets in their most recent encounter. Both sides will be hoping to get off to a good start in the competition.

The team that wins the toss will bat first. Meanwhile, in the early overs, the pacers have an advantage on this surface. The spinners will undoubtedly have the upper hand in the middle overs. Overall, it’s a good pitch for hitters.

Mohammad Waseem is a left-handed batter and bowls right-arm medium speed. In his previous game, he scored 59 runs and took three wickets.

Fahad Tariq is a right-handed batter. In the previous event, he made 28 runs.

Rizwan Amanat Ali is a left-handed batsman and orthodox left-arm spinner. In the previous competition, he scored 28 runs and grabbed three wickets. 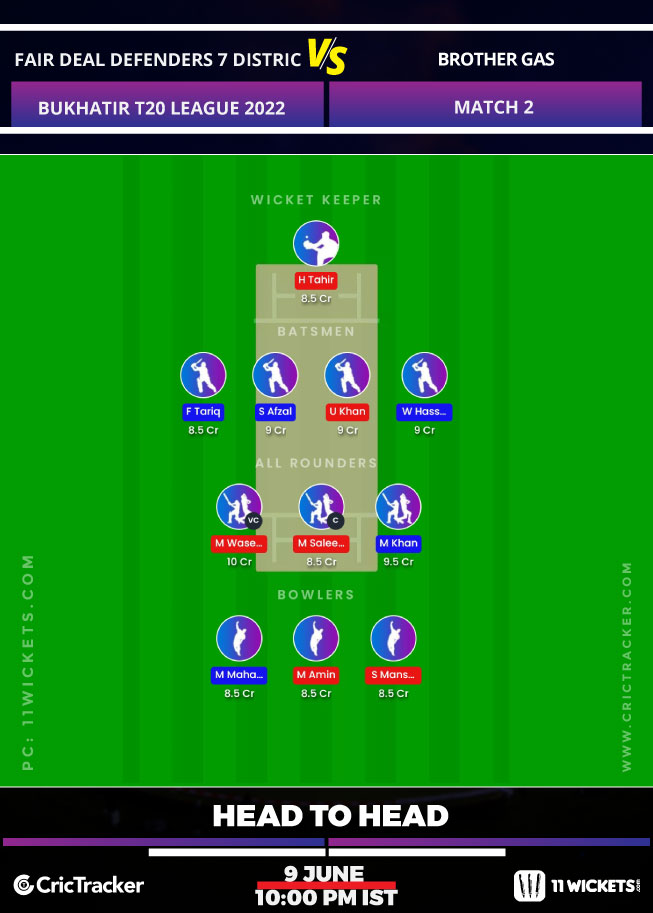 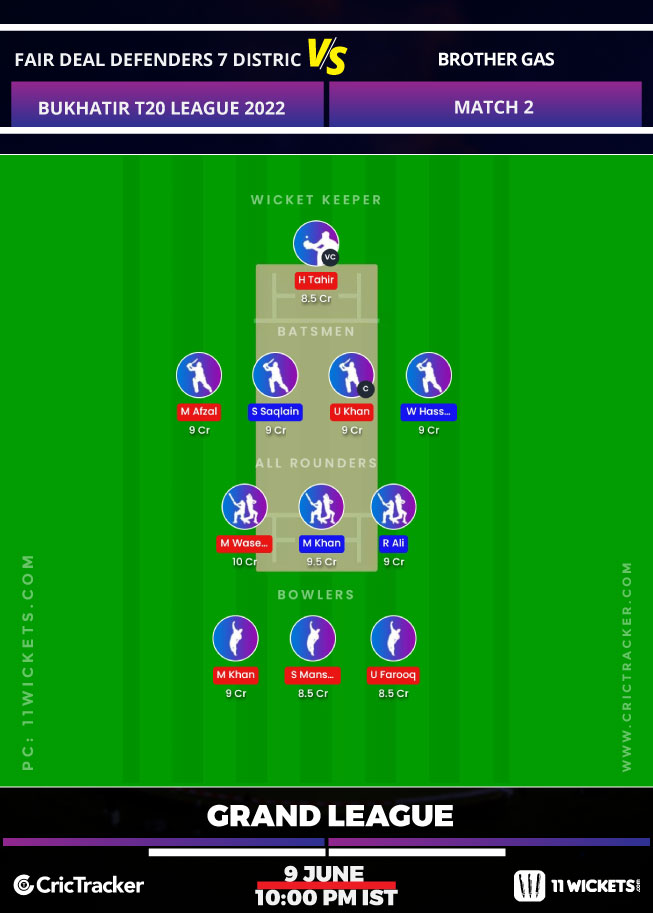