All eyes will be on Mahesh Balasaheb Tambe, who has been exhibiting his all-round brilliance consistently.

The 19th match in the Finnish Premier League, 2020 will be played between Finnish Pakistani Club and Empire CC at the Kerava National Cricket Ground, Kerava.

Table-toppers Empire CC have been playing some outstanding cricket in this tournament and are yet to face a defeat. They produced some brilliant batting performances in their last couple of games, scoring more than the average first innings score on a regular basis. This puts the opposing team under severe pressure and the Finnish Pakistani Club, who haven’t been in the best of form, will find it difficult to cope with their quality. They already lost to the Helsinki Gymkhana and Bengal Tigers CC in this tournament and although they’re desperate to not make it three defeats in a row, their job won’t be any easier.

The weather conditions in Kerava are expected to be very pleasant for a game of cricket. The temperatures could range from 23-26 degrees during game time and rain gods will not be interrupting any of the action.

The National Cricket Ground has not proven to be a high-scoring paradise as yet and the same is expected to continue in this game. If the team batting first can get anything in excess of 130, the chasing side will struggle with the pitch slowing down.

Jonathan Scamans has been regularly picking up scores in excess of 20 and his consistency has really helped the side put up decent scores. He scored 101 runs thus far in 4 knocks, which is quite decent on this slow track. Another batsman well capable of putting up a big score is Vanraaj Padhaal, who registered a brilliant half-century against Greater Helsinki.

The player to watch out for in this fixture would be Mahesh Balasaheb Tambe. The all-rounder has been picking up wickets consistently and is more than capable of spanking some boundaries towards the end. Players like him are pretty valuable on tracks like these. Abdul Ghaffar chipped in with figures of 3/21 and 2/19 in his last two outings with the ball and he could be trusted with a multiplier role.

Not a lot of individual flashes of brilliance in the Finnish Pakistani unit, but Waseem Qureshi has done decently with the bat. He registered a stellar 42-ball 57 and also a well-compiled 37 against Helsinki Gymkhana this tournament.

Nadeem Qureshi has been getting starts with the bat and is very tidy with the ball. He picked up four wickets in the tournament, taking one wicket a game. Bilal Khan picked up a five-fer early on this tournament and is capable of swinging his bat to great effect. 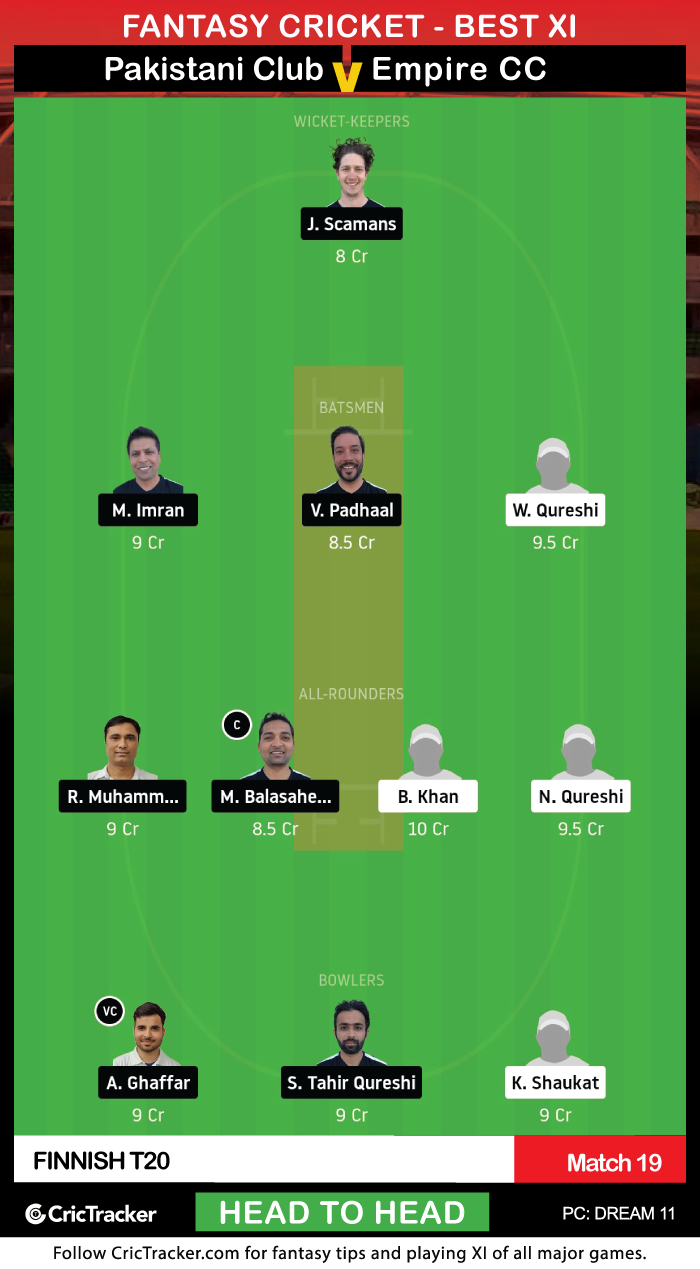 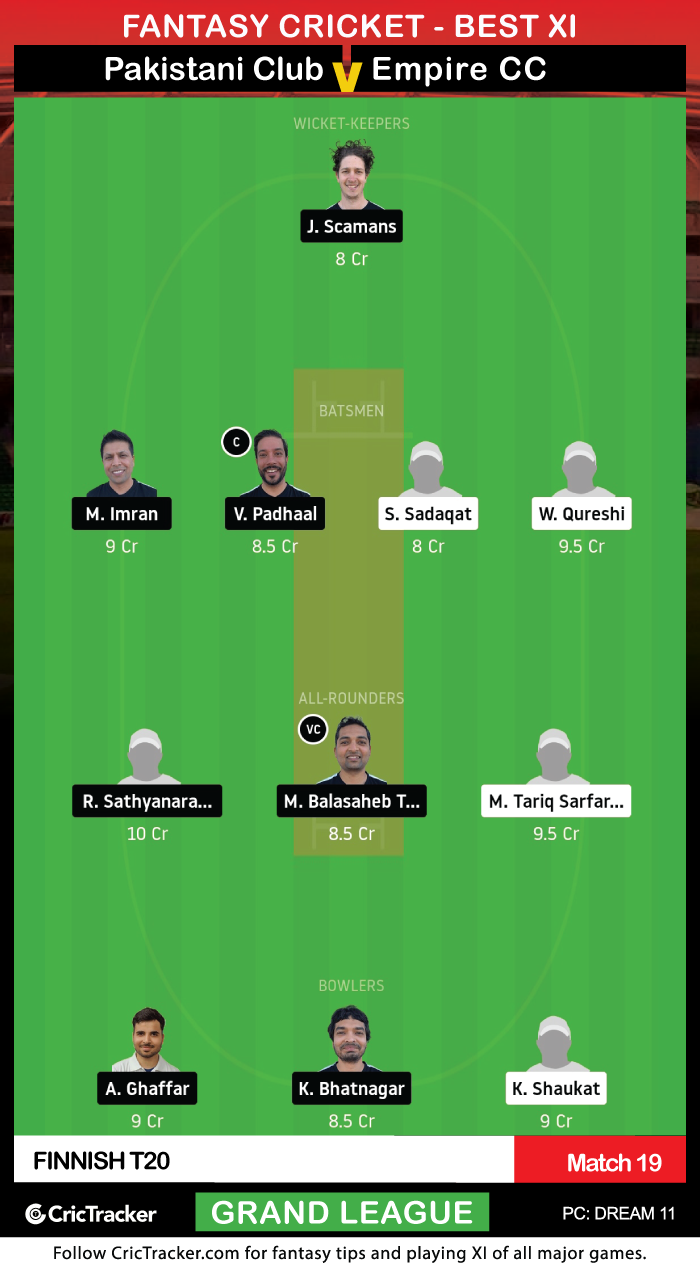 Abdul Gaffar has been bowling decently in recent games and trying him as a vice-captain could benefit you as not many would be doing it.

Empire CC are expected to win this game.