Naveed Shahid can be a decent choice for multiplier option in your fantasy XI.

The temperature is around 15 degrees and we can expect no rain.

Batters struggled to score runs on this wicket.

Ziaur Rehman is the most successful player in this team. Naveed Shahid has been brilliant with bat and ball in this tournament. Ameer Hamsa Warsha is a leading wicket-taker for the Vantaa CC. Madura Milan Hettiarachilage is performing very consistently. Ursan Tanvernier is doing well with the bat for his team. 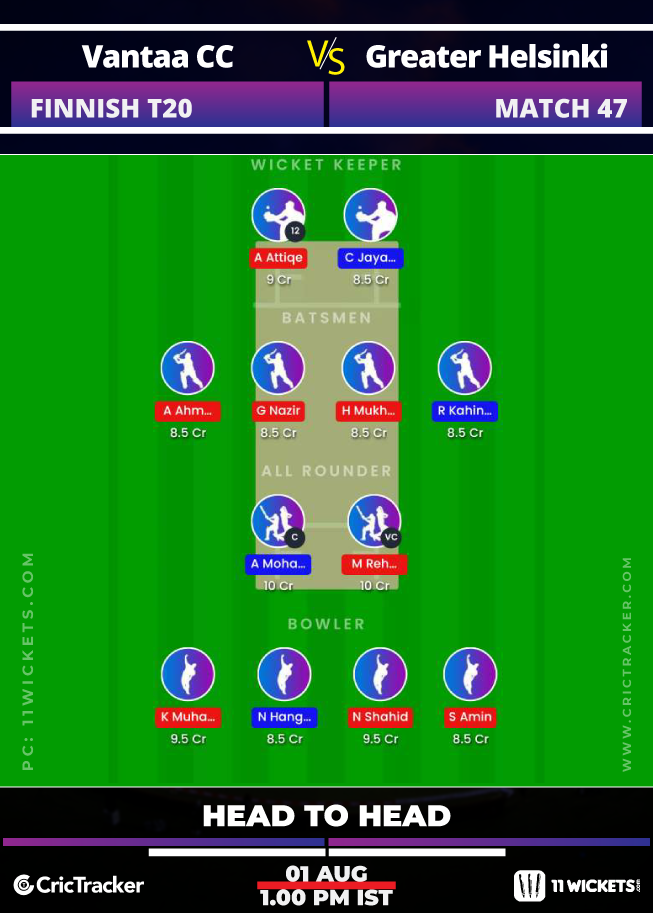 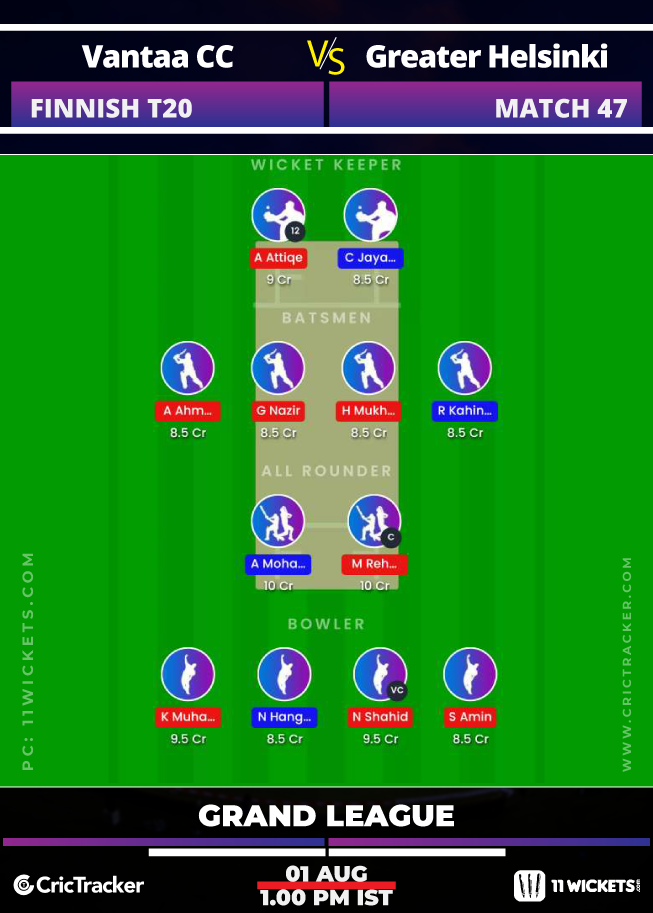 Naveed Shahid can be a decent choice for multiplier option in your fantasy XI.