You can make Saif-ur-Rehman as a captain in your Dream11 Fantasy Team as he is expected to score big once he gets a good start to his innings.

The 48th match of the Finnish Premier League T20 between the GYM Helsinki Gymkhana and Helsinki Cricket Club will be played at the Kerava National Cricket Ground.

Both teams are playing very well so far in this Finnish Premier League and this will be a good game to watch out. GYM Helsinki Gymkhana team is placed in the third position with 6 wins in 11 games whereas their opponents Helsinki CC team is placed next to them with 5 wins in 11 matches. Both the teams won their last game and are up against each other at the Kerava National Cricket Ground.

The weather would be clear during the course of the game as the skies remaining partly cloudy and temperature will hover around 21 Degrees Celsius.

The pitch at the Kerava National Cricket Ground has a lot of help for the pacers. The batsmen are struggling to score runs on this surface.

Saif-ur-Rehman will be a must pick as he scored 222 runs just 6 matches that he played at an average of around 37. Pankaj Saharan is a decent batsman and can score runs once he gets a good start. Faisal Shahzad and Muhammad Gawas are the key bowlers and have been brilliant with the ball so far. Ahmad Jaleel has bagged 13 wickets in 8 matches and should be picked in the team.

Aniketh Pushtay, who is looking in good touch is the second-best batsmen for his team scoring 195 runs in 9 games along with Khalid Rahman Mangal. Ghulam Abbas Butt is an absolute match-winner and has scored 164 runs including a hundred in the last game. Abdul Ahad Qureshi the best batsman of Helsinki CC team and can dominate the bowlers on his day. 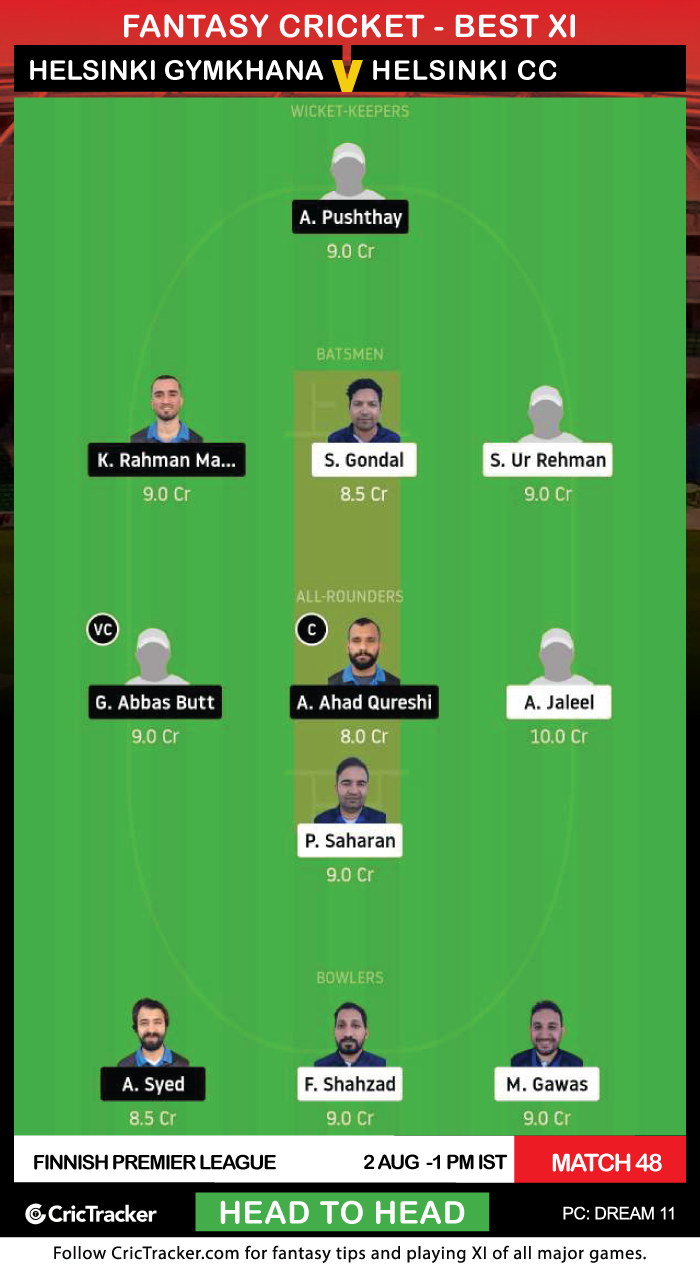 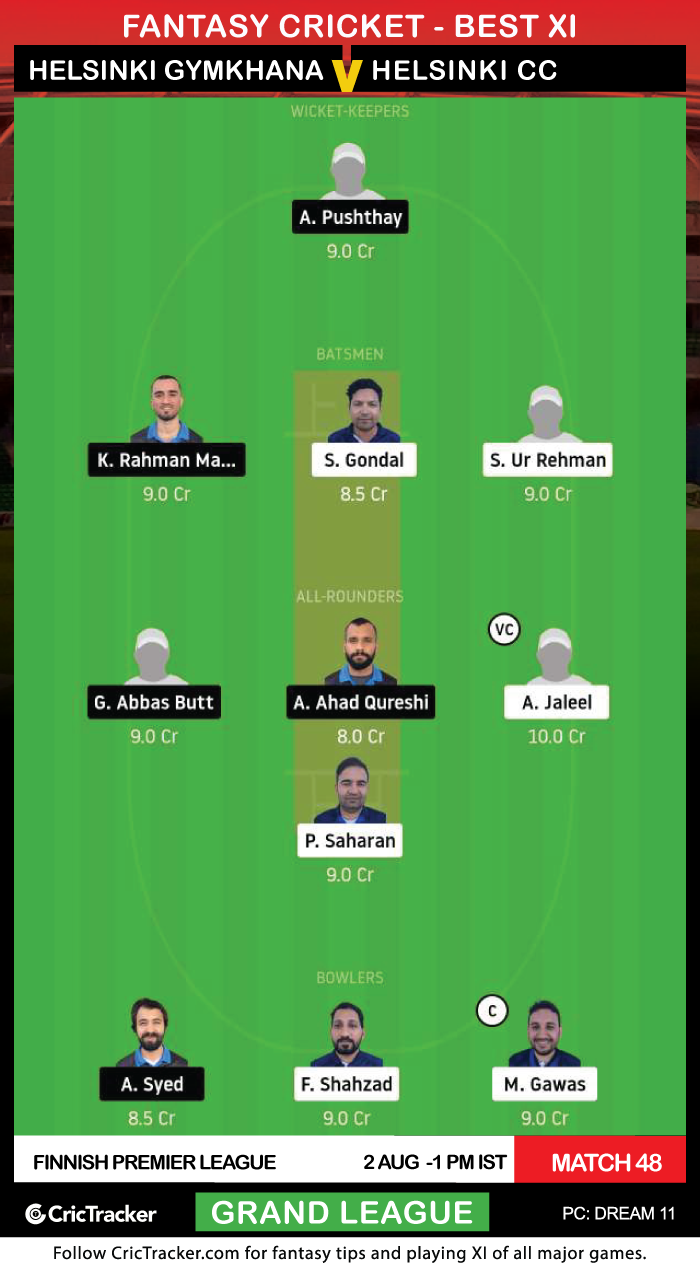 You can make Saif-ur-Rehman as a captain in your Dream11 Fantasy Team as he is expected to score big once he gets a good start to his innings.

GYM Helsinki Gymkhana is expected to win this match.