Aniketh Pusthay has done really well this season. But it is risky to put all your eggs in one basket. Hence, Zahidullah Kamal has been picked in the other team.

The 54th match of the Finnish Premier League is all set to play between SKK Stadin Ja Keravan Kriketti and Helsinki Cricket Club at the Kerava National Cricket Ground.

It will be a No.1 vs No.3 clash on the points table as the SKK Stadin Ja Keravan Kriketti gear up to face the Helsinki CC. In 13 games so far, Kriketti just lost two which shows how dominant they have been in the league. Meanwhile, Helsinki CC played the same number of games but only won one. The players of these two sides have been active and did well in some of the other tournaments. Playing after a small break, both these teams will want to dominate from the word go.

The temperature on Tuesday will be around 20 Degrees Celsius. The chances of precipitation are almost nil.

It is more of a sporting pitch in Kerava. It is important for the batsmen and the bowlers to adjust to the conditions quickly and deliver for their teams.

Aniketh Pusthay has been in fine form and has scored 262 runs so far in the league. Nathan Collins, the second-highest run-scorer, has mustered 302 runs at an average of 34. Peter Gallagher has scored 215 runs and also impressed with his bowling skills by picking up 15 wickets. 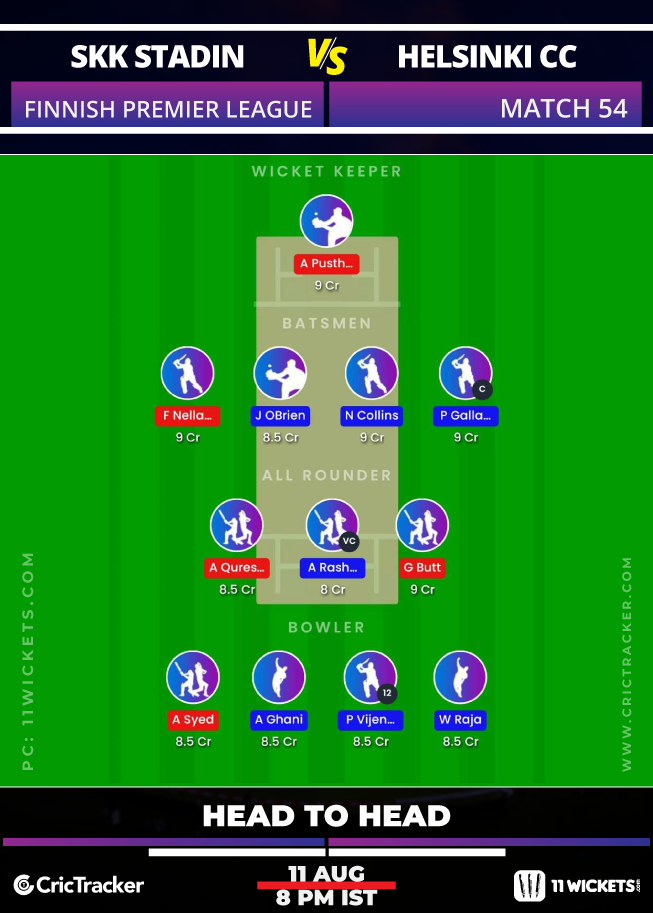 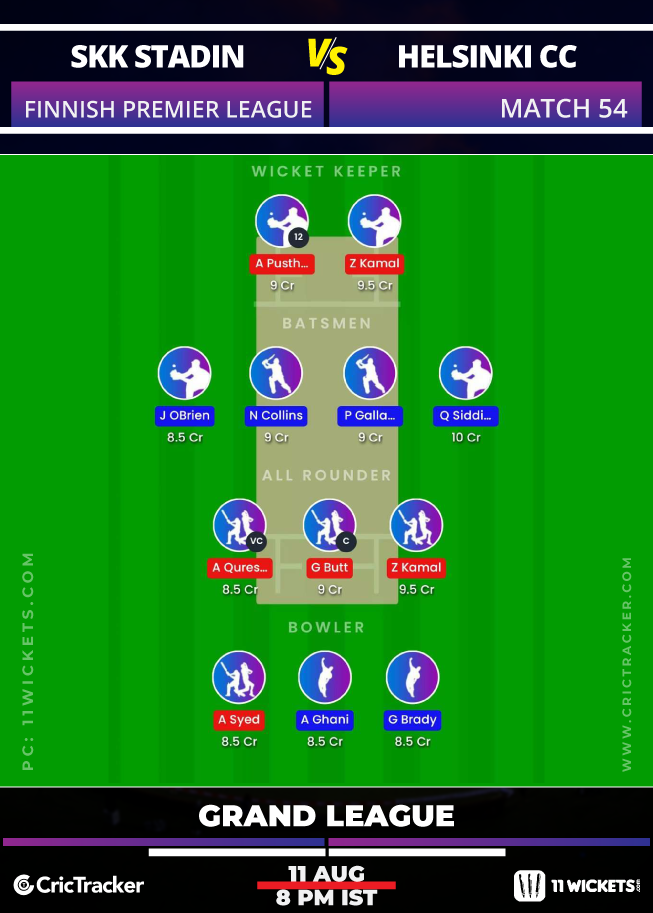 Aniketh Pusthay has done really well this season. But it is risky to put all your eggs in one basket. Hence, Zahidullah Kamal has been picked in the other team.