Naveed Shahid is undoubtedly the best option to have in Fantasy. 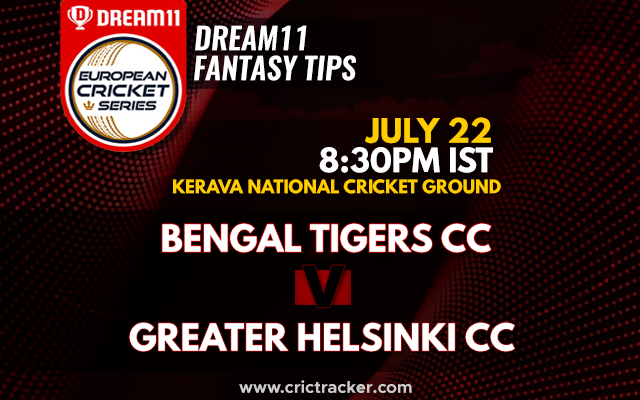 The 41st match of the Finnish Premier League T20 between Greater Helsinki CC and Bengal Tigers CC will be played at the Kerava National Cricket Ground.

The Finnish Premier League is fast approaching its climax with only a few matches to end the league stage of the tournament. In the 41st match of the competition, the Greater Helsinki CC will face the Bengal Tigers CC and both the sides will be keen to win this encounter. The Tigers have won only a solitary match so far in seven attempts while their opponents, Greater Helsinki CC, are also in a similar position.

There is a chance of rain earlier in the day but it is expected to clear up by the match time. The temperature is expected to be around 17-20 Degrees Celsius during the match.

The surface has been decent to bat over the last week or so. The scores of around 180 have been posted by the teams batting first and one should hope for similar scores again.

Tonmoy Saha is the best bowler Bengal Tigers CC have in their team. He has so far picked 12 wickets and has also scored 101 runs at an average of 20.20. Nurul Huda is the highest run-getter for his team having mustered 105 runs in seven matches. He has also picked up six wickets thus far. Belayet Khan is another bowler who can make an impact and has 7 wickets to his name in as many games. Muhammad Imrul Abedin opens the innings for his team and has so far collected 98 runs in seven outings.

For the Greater Helsinki CC, Naveed Shahid has been the best all-rounder picking 14 wickets in 8 matches. He has also scored 170 runs at an SR of 119.71. Ziaur Rehman is another all-rounder you wouldn’t want to miss out on picking. He has scored 183 runs so far at an SR of 102.23 and has accounted for seven wickets. Ghulfam Nazir is the man with the bat leading the way for his team as he has 150 runs to his name in 8 matches.

Kashif Muhammad has accounted for six scalps thus far and has been economical with the ball too. Ali Waris is yet to shine with the bat scoring only 72 runs in five matches. But he has picked five wickets as well. 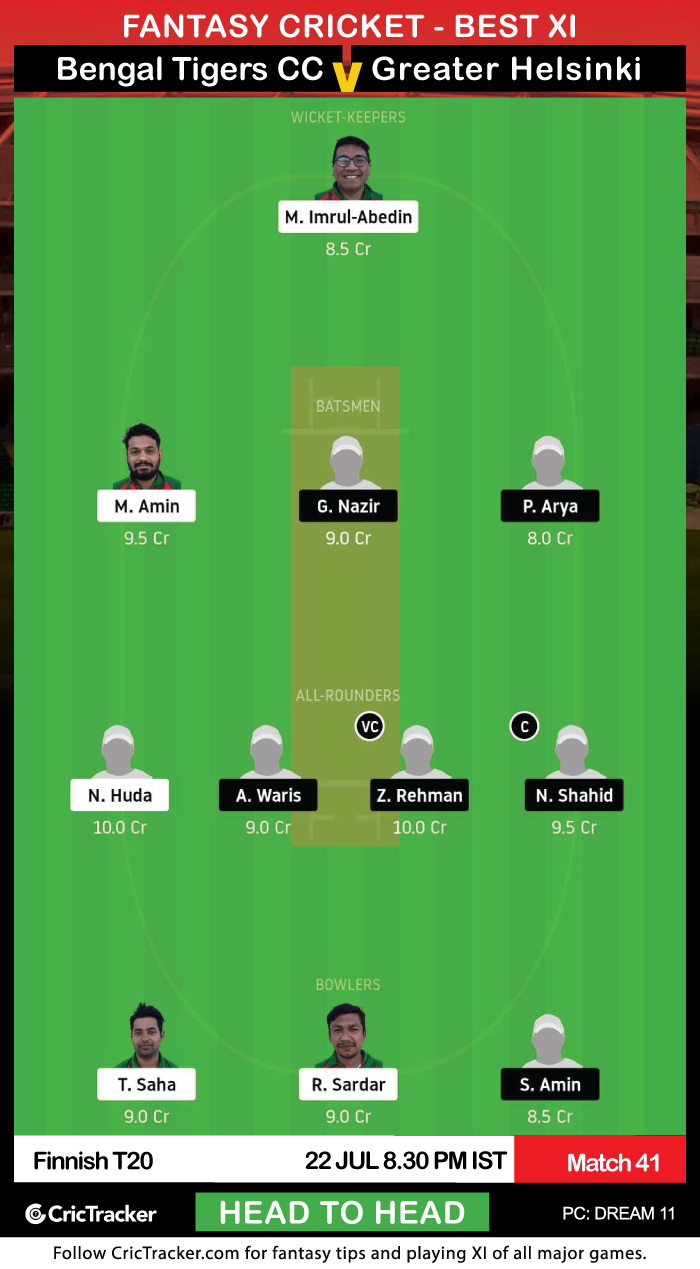 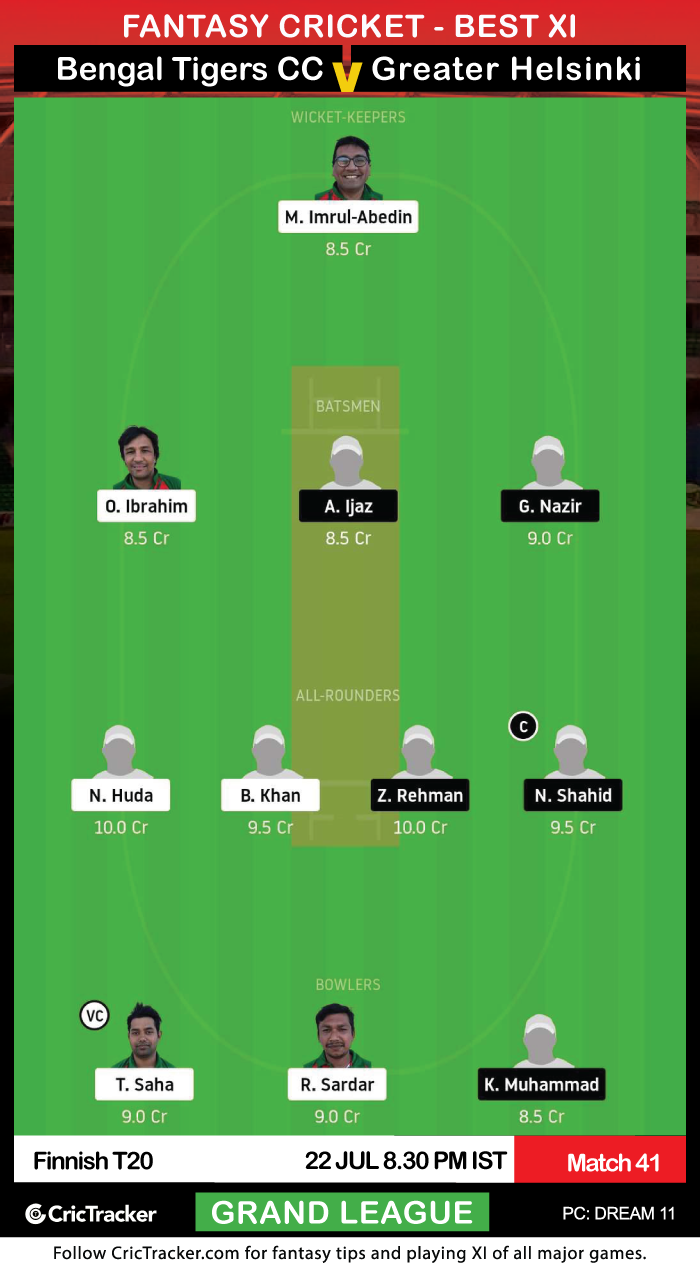 Both the sides don’t have great names in the batting category. Prefer picking more bowlers and all-rounders in your team.