Muhammad Imrul Abedin is a very good batsman and he can be made captain in Grand League contests. 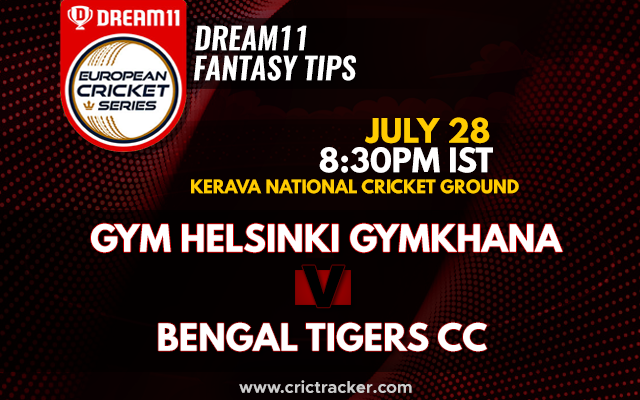 GYM Helsinki Gymkhana will take on Bengal Tigers CC in the Match No. 43 of the Finnish Premier League at the Kerava National Cricket Ground, Kerava

The match is scheduled to start at 06:00 PM Local Time (08:30 PM IST) and can be streamed live through FanCode.

The weather forecast is not great for the game as there are chances of rain in the match. Weather is not clear on Tuesday with 70% precipitation and the skies remaining partly cloudy.

The pitch at the Kerava National cricket ground has favoured bowlers in most of the matches. However, the batsmen made a good contribution in a couple of games. The weather conditions will favour fast bowlers. The batsman may struggle to score runs in this match.

Saif Ur Rehman – He is in great form with the bat and he has scored 168 runs in 5 matches while maintaining the Strike rate of 108.39. He has also scored 2 half-centuries so far.

Pankaj Saharan – He is playing very well in the tournament and has scored 161 runs in 8 matches with the strike rate of 88.46. He has taken 5 wickets so far in this tournament.

Faizal Shahzad –  He scored 66 runs in 9 matches and taken 13 wickets and will be leading his team as a Captain.

Tonmoy Saha – He is in good touch with bat and bowl also and he picked up 15 wickets in just 8 matches and scored 104 runs as well. He is the 2nd leading wicket taker of the tournament.

Belayat Khan – He is a decent batsman who scored 74 runs in 8 matches and picked up 10 wickets in this tournament. 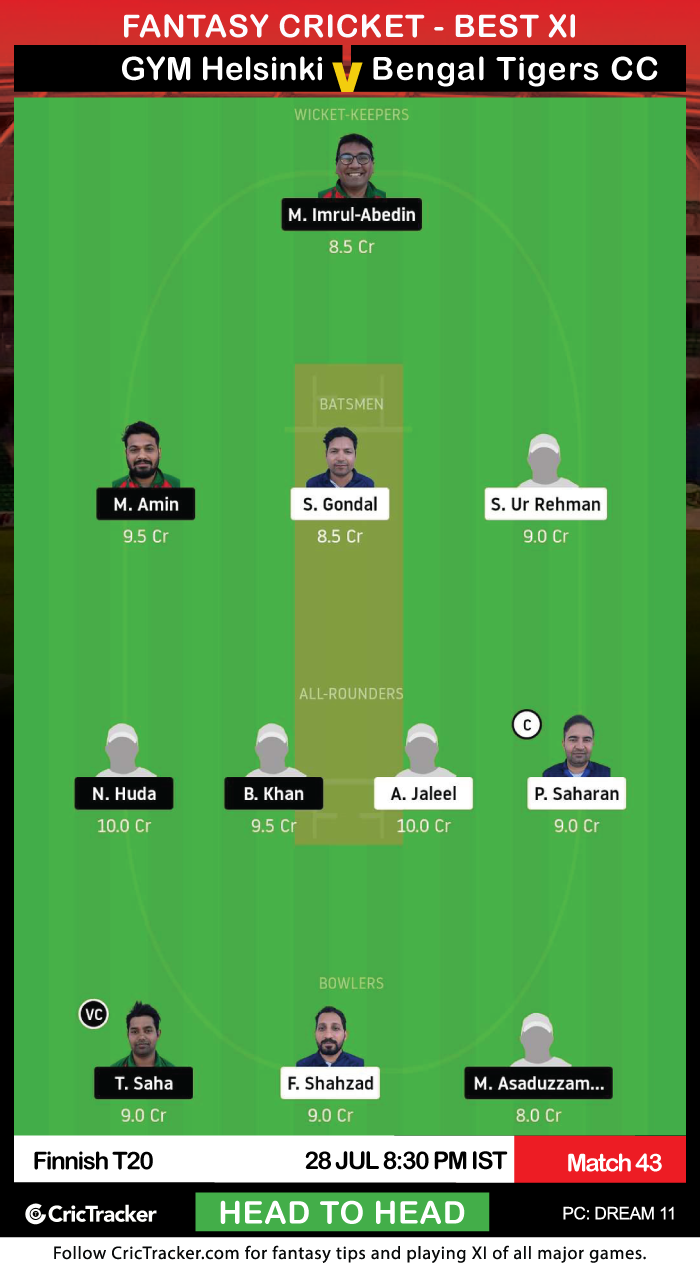 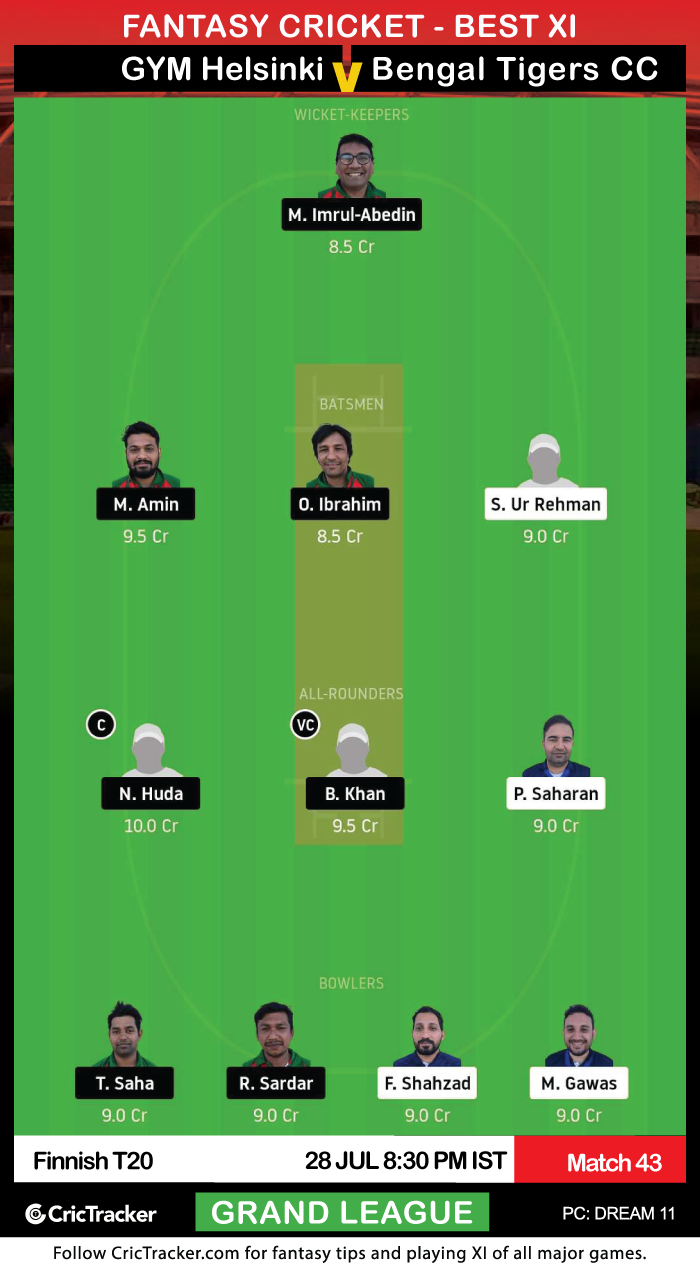 Muhammad Imrul Abedin is a very good batsman and he can be made captain in Grand League contests.

GYM Helsinki Gymkhana is expected to win this match.