Mahesh Tambe is a brilliant all-rounder, who has done well for his team in the past with bat and ball. 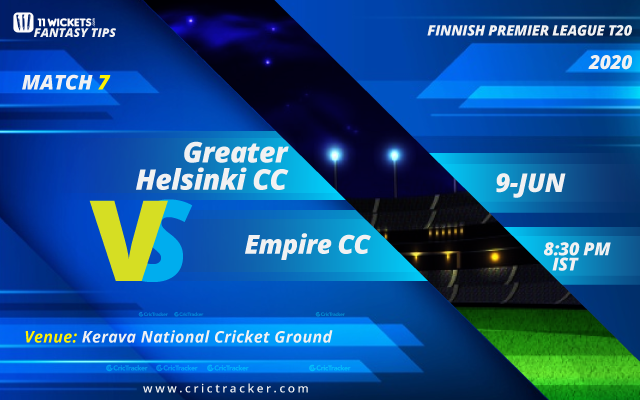 The 7th match of Finnish Premier League 2020 will be played between Empire CC and Greater Helsinki CC at the Kerava National Cricket Ground in Kerava.

The match starts at 6:00 PM local time (8:30 PM IST) (3:00 PM GMT). This game can be streamed live on Fan Code and the YouTube channel of the European Cricket Network.

Greater Helsinki CC didn’t get off the mark with a win in their opening game of Finnish Premier League 2020. They lost in their first outing by six wickets in a rain-affected affair. Now, GHC would be eager to take on the field in order to grab a win and mark their arrival on the winning ways.

Empire CC looks like a well-settled team in the T20 tournament. They registered a good victory in their previous outing against Bengal Tiger CC by 10 runs. Now they would be eager to take on the field and grab their second win in a row. And, looking forward to the form of their players, the chances are quite high that they will come out as winners.

There is no possibility of rain on the matchday according to the weather forecast. The wind will be blowing at a rate of 17 to 20 km/hr. And, the temperature will be a bit on a lower side.

The pitch has so far favoured bowlers in Finnish Premier League 2020. No team has managed a total of 150 runs in stipulated 20 overs. Moreover, the batsmen have failed to smack the bowlers all across the park from the word go. And, the chances are least that something will change in the upcoming contest.

Mahesh Tambe is a brilliant all-rounder, who has done well for his team in the past with bat and ball. In the game against Bengal Tiger CC, he grabbed a brilliant three wickets that helped his team in winning the match. So, he should be picked in any and every fantasy team. Jonathan Scamans is another important player that might set the stage on fire with his batting. He is also playing in his top-notch form with his willow. Ziaur Rehman fifty in the previous encounter makes him a perfect player for any fantasy team and he should not be ignored while picking their side. 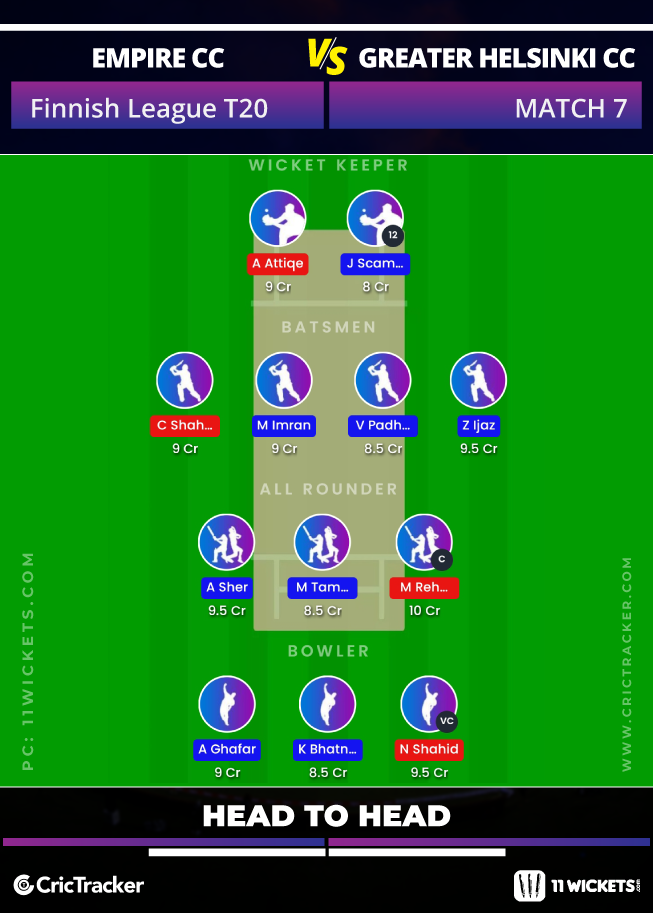 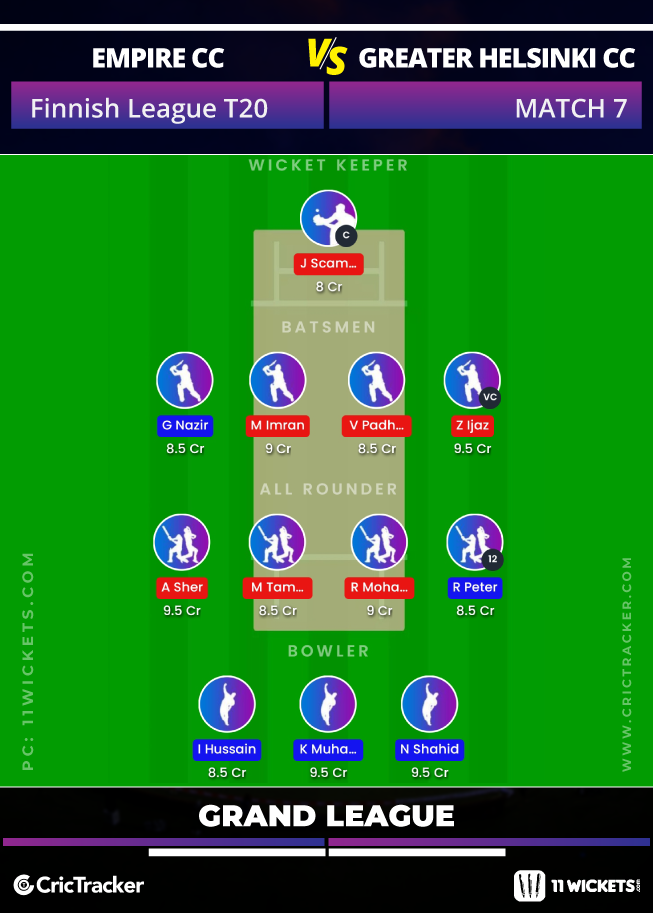 It might be a low scoring affair between Empire CC and Gym Helsinki CC. So, the user should go with more number of bowling options in his fantasy team.

Empire CC is expected to win the match.