Bayzid Islam and Belayet Khan will be the players to watch out for in the upcoming match. 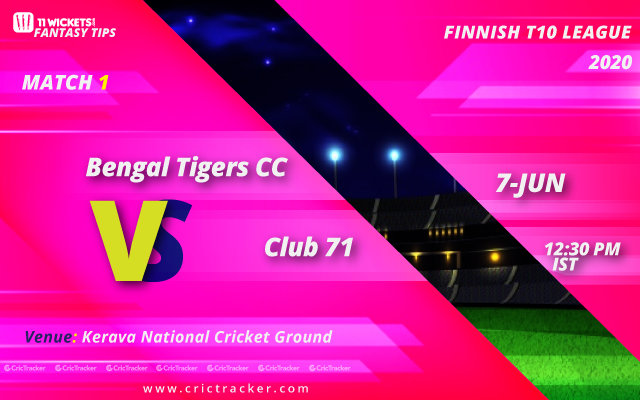 The 1st match of Finnish T10 League 2020 will be played between Bengal Tigers CC and Club 71 at the Kerava National Cricket Ground in Kerava.

Club 71 will come face to face against Bengal Tiger CC in the opening game of Finnish T10 League 2020. The fans can expect an enthralling encounter between the two brilliant sides. The former has some fine batsmen in their arsenal with the likes of Md Moniruzzaman, Ridwan Hossan, Bayzid Islam and Shahadat Hossain. These batsmen will play a major role in scoring runs for Club 71.

Bengal Tigers CC have covered all their bases as they have come up with a strong side with some exciting players in bowling and batting department. Their side is full of amazing all-rounders including  Belayet Khan, Tonmoy Kumar Nurul Huda and Habib Al Amin. And this gives Tigers some added options in batting and bowling. If the aforementioned players get going then the chances of Tigers will not have to hustle hard to win the contest and get off the mark with a win.

There are slight chances of rain on the matchday but it will not affect the length of the match. The wind will be blowing at a rate of 15 to 22 km/hr. Meanwhile, the temperature will deviate 11 and 17 Degree Celsius throughout the day according to Accuweather.

The track at Kerava National Cricket Ground will most probably go in the favour of the bowlers. They are expected to get some movement due to the overcast conditions. Meanwhile, the batsmen will have to get settled before taking the charge against the bowlers.

Bayzid Islam and Belayet Khan will be the players to watch out in the upcoming match. The user should not ignore them while picking their fantasy side. Nurul Huda performed well in his previous appearance for Bengal Tiger CC in a T20 match in which he mustered 22 runs and grabbed one wicket. So, he will be a vital pick for a fantasy side. Tonmoy Saha is expected to set the stage on fire with his all-rounder performance against Club 71. He is in exceptional form with the ball and bat looking forward to his stats in the previous games. 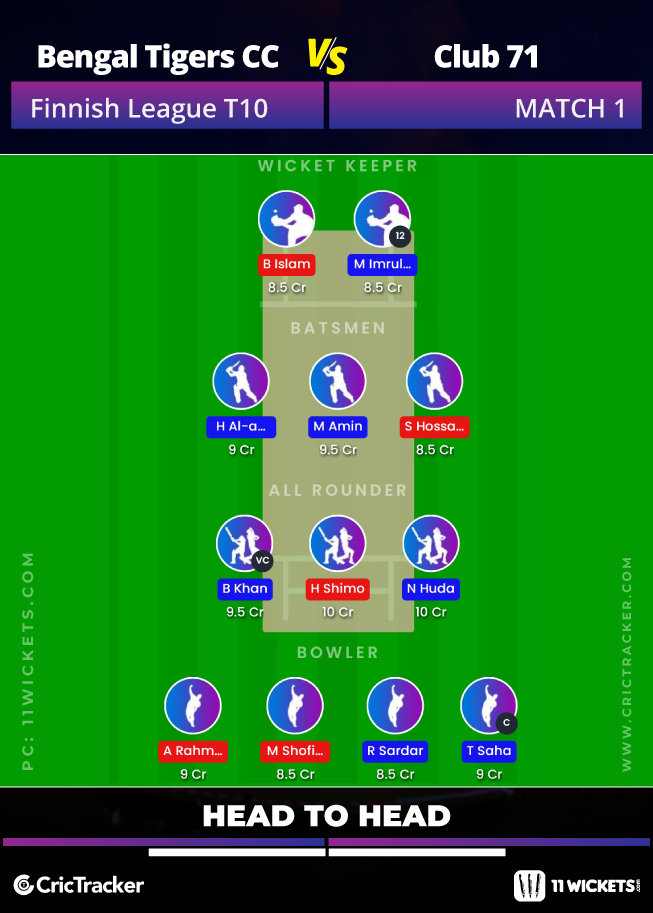 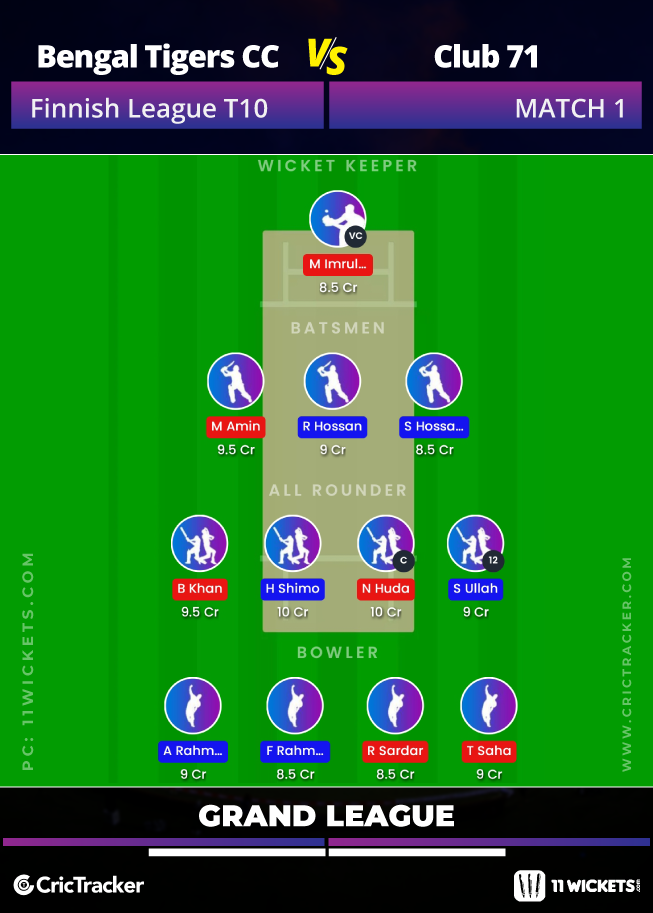 Most probably the majority of the aforementioned players are expected to play the match. However, it will still be wise for the user to wait for the confirmed side.

It is going to be an overcast condition as far as the weather forecast is concerned. So, the user should pick top form all-rounders as it will give them an extra option in batting and bowling

Bengal Tiger CC is expected to win this match.