Tonmoy Saha (Kumar) will be a favourite pick for any fantasy side.

The 1st match of Finnish T10 League 2020 will be played between Bengal Tigers CC and Club 71 at the Kerava National Cricket Ground in Kerava.

Bengal Tigers CC will lock horns with Club 71 in the tournament opener of Finnish T10 League 2020. The Tigers have announced a similar squad that recently played in a T20 tournament. In batting they have Mazidul Islam, Mehran Amin, who will have the responsibility to score good enough runs for their side to get off the mark with a win.

On the other hand, their bowling unit also looks pretty much settled that holds the ability to restrict the opponent on a lowly score. Club 71 looks pretty much-inexperienced side but they still have some prolific players in their ranks that can turn the phase of the match single-handedly. However, it will not be an easy task for them to defeat the Tigers in the upcoming match.

There are no chances of rain on the matchday with the temperature expected to be on a cooler side. And, the wind will be blowing at its average rate.

The surface is expected to give an edge to the bowlers over batsmen. In the T20 tournament, it was seen that the batters were finding it hard to smack the bowlers all across the park. And, the same trend is expected to be followed in the upcoming T10 game.

Tonmoy Saha (Kumar) will be a hot favourite pick for any fantasy side. He showed his convincing form in the T20 format for his side. He is a brilliant batsman, who can contribute with the bat and ball. In his last outing, he scored 21 runs and grabbed four-wicket haul in a T20 affair. Bayzid Islam is also a talented batsman and he ended as the leading run-scorer in previous T10 tournament for Club 71. Belayet Khan is also a prolific all-rounder that should not be ignored while picking a fantasy team. 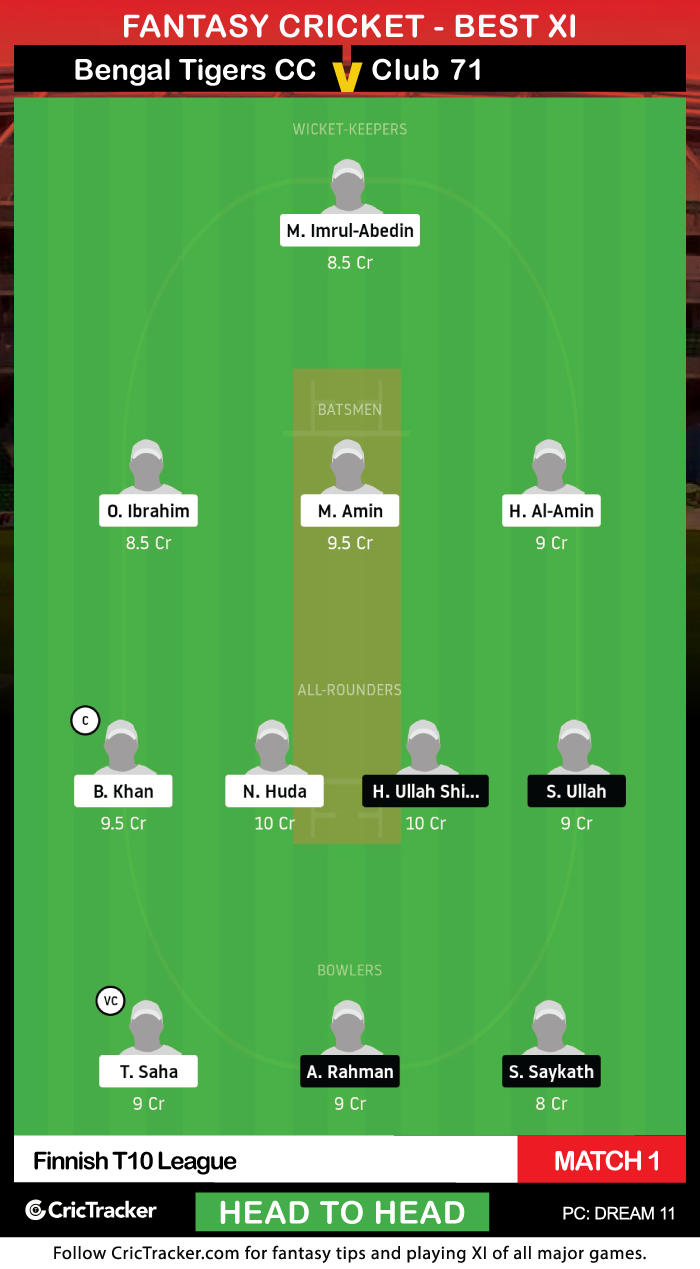 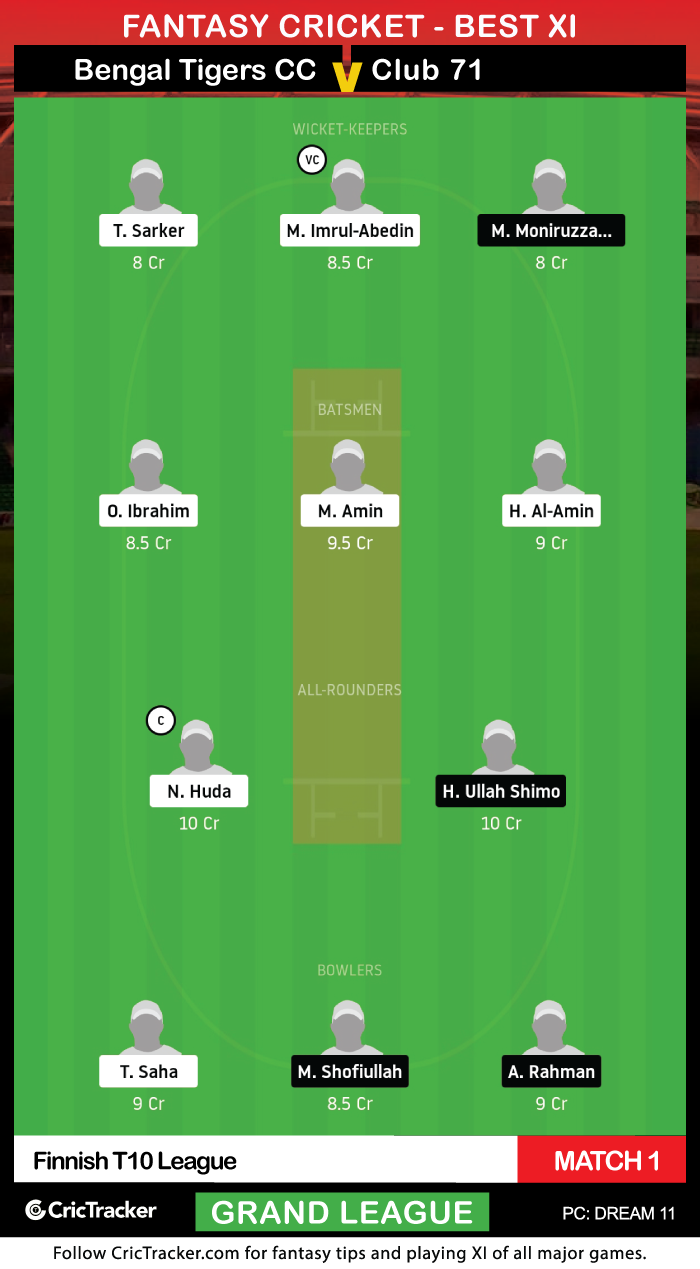 This is a new format for both sides. And, they might opt for some surprising changes in their side. So, it will be wise for the user to wait for the confirmed XI.

Belayet Khan and Tonmoy Saha will be the sure short picks for the upcoming match. And, the user should not make a mistake by not picking them in their fantasy team.

Bengal Tiger CC is expected to win this match.