The 5th match of Finnish T10 League 2020 will be played between Helsinki CC and Otaniemi CC at the Kerava National Cricket Ground in Kerava.

The match starts at 6:00 PM local time (08:30 PM IST) (3:00 PM UTC). This game can be streamed live on Fan Code and the YouTube channel of European Cricket Network.

They have been well backed-up by the bowlers and the result is that they managed to win both the games they played in the Finnish Premier League T20. This will be the only game that they will play in the T10 League on Sunday and will want to continue with their winning streak by defeating Otaniemi CC.

At the time when this game is scheduled to begin, the temperature is forecasted to be 17 Degrees Celsius. It will cool down further as the night progresses. With just about 90 minutes of cricket, the weather shouldn’t possibly give any of the teams an added advantage.

The humidity levels rise as the night progresses. This could potentially quicken up the pitch and the ball might come on to the bat slightly better in the second innings of the game.

Khalid Rahman Mangal is easily the best choice for you to pick in your Dream11 Fantasy team. He scored 44 off 30 balls and 17 off 10 balls in the first two games of the Finnish Premier League T20. Amongst others, you can pick Ghulam Abbas Butt who scored 40 off 20 balls in the last T20 game.

Fawaad Ahmed and Muhammad Irfan Ali are two bowlers you can pick from the Otaniemi CC in your Dream11 Fantasy team. Waleed Iftikhar could also be a handy option. 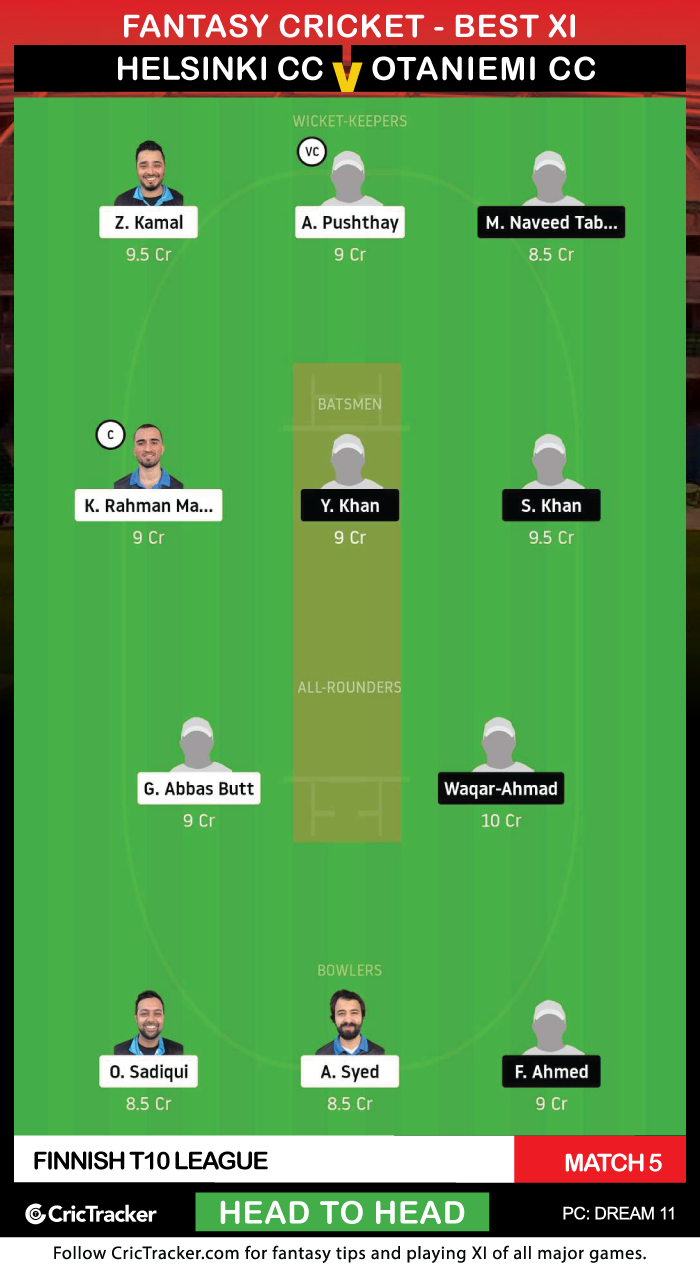 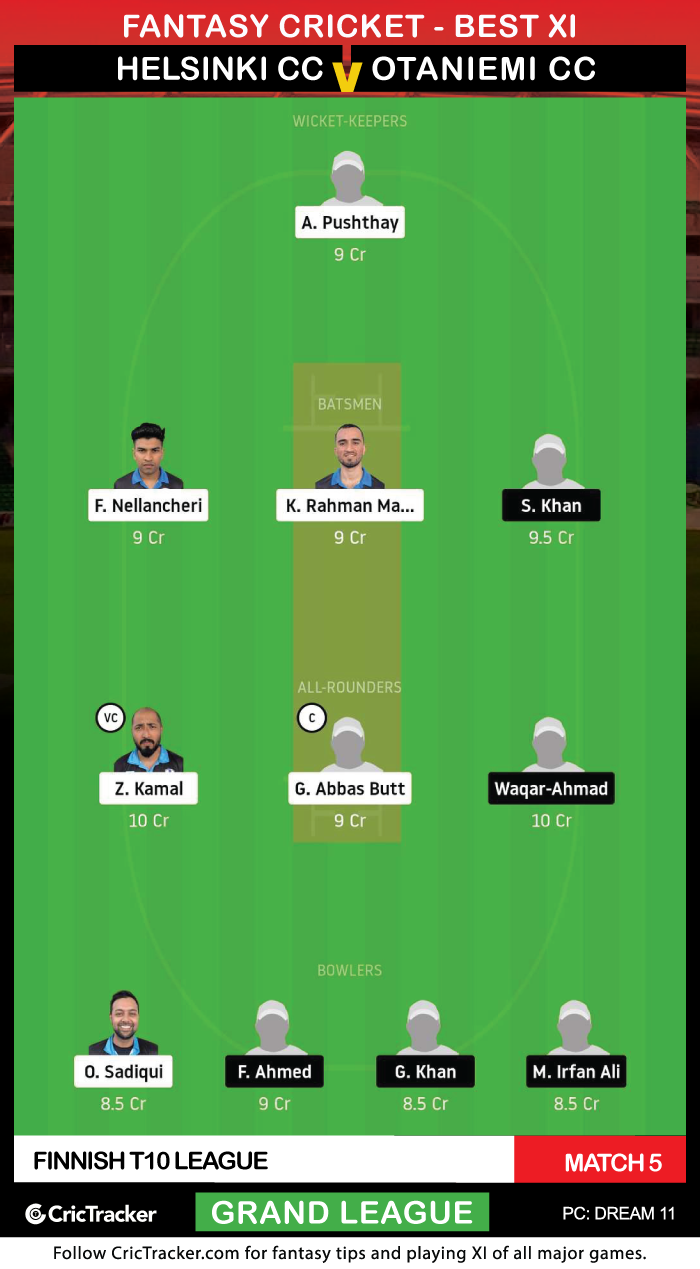 Considering the recent form of the players, it wouldn’t be a bad idea to have both your captain and vice-captain for your Dream11 Fantasy teams from Helsinki CC side.

Helsinki CC is predicted to win this game.