Arpit Tiwari is a good captaincy pick for this match.

Forenom Royals will battle it out against the Botkyrka Royals in Match No.2 of the ECS Sweden T10 tournament. This match will take place at the Norsborg Cricket Ground in Stockholm.

This is the first time that the Forenom Royals will be making an appearance in the tournament. The side has a lot of talented players who can contribute with both bat and ball. And surely, they will provide good competition to their opposition.

The Botkyrka side is a team that is in existence for more than two decades but will be making their first appearance as well in this competition. The side is blessed with experienced cricketers who can cause havoc once they get going. Expect a blistering contest between the two sides in this encounter.

Probable Playing XIs for FOR vs BOT

Captaincy Picks for FOR vs BOT

Arpit Tiwari is an asset for his side. He is someone who can score quick runs with the willow, as well as scalp wickets when the need arises. Tiwari is a vital cog of the Forenom Royals, and will definitely play a critical role.

If Ahmed Zulfiqar gets his eye in, there will surely be trouble for the opposition. Zulfiqar is a willow wielder who can rattle the opposition with his aggressive approach and is someone to keep an eye on, in this match. 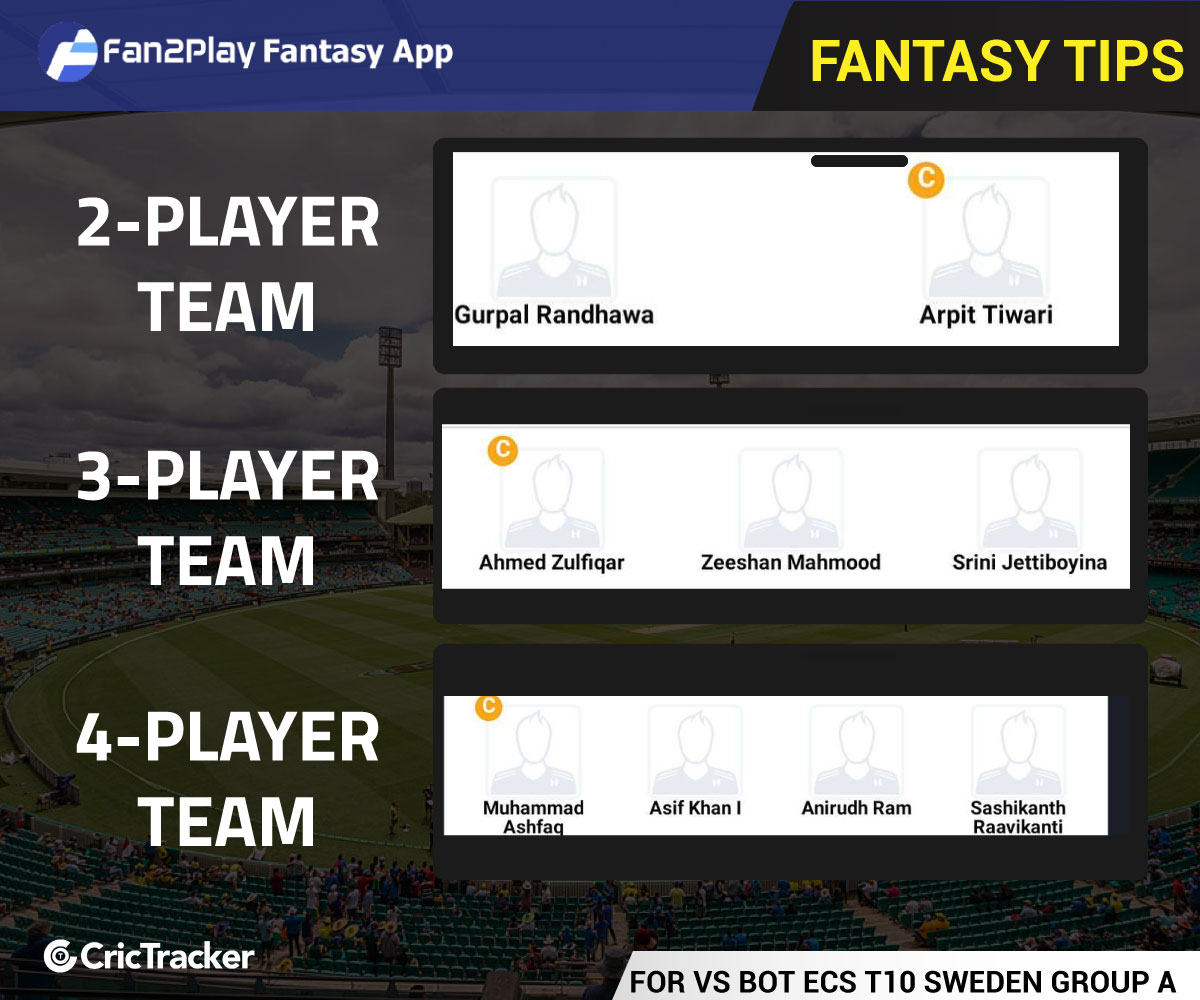 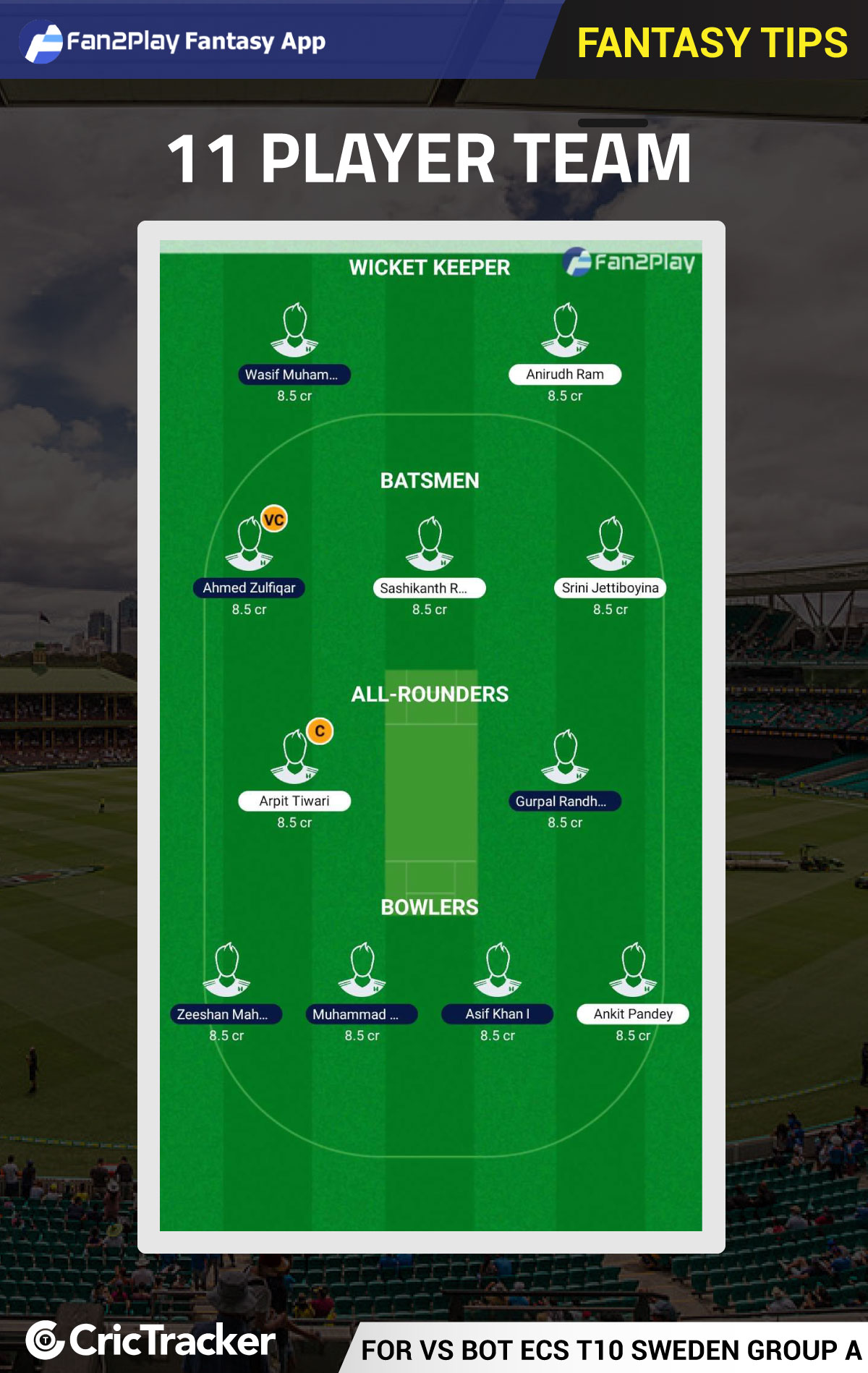