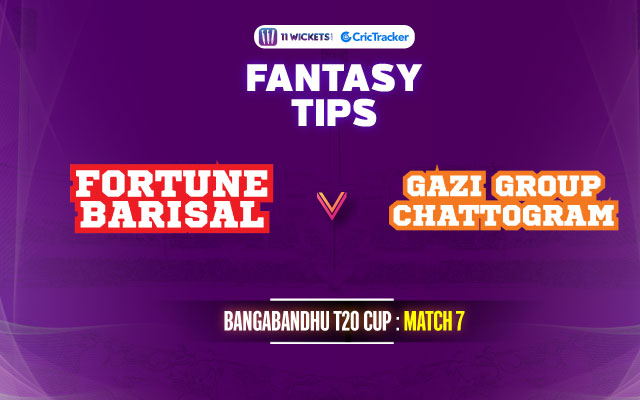 The 7th match of the Bangabandhu T20 2020 will be played between the Fortune Barishal and the Gazi Group Chattogram at the Sher-e-Bangla National Stadium in Mirpur, Dhaka.

Gazi Group Chattogram are turning out to be the team to beat in the inaugural edition of Bangabandhu T20 Cup. Mohammad Mithun’s team has been absolutely dominant so far, having won both of their first 2 games. However, that is not the only positive for them.

Not only have they won their first two games, they thrashed their opposition in both the games. Their bowling unit is running riots and scoring 100 runs seems a tough task against them. On the other hand, Fortune Barisal started their campaign with a defeat, but came out victorious in their last game against Minister Rajshahi.

FOR vs GAZ Weather Report for Match 7:

The temperature is expected to be around the 29 degrees Celsius mark. The good news is that there is no chance of rain during the game.

The pitch in Mirpur is becoming a nightmare for the batsmen as the tournament is progressing. Anything around 140 looks like a competitive total here.

Mominul Haque has been ruled out of the tournament due to a fractured finger.

Mahmudul Hasan Joy has recovered from COVID-19 and has joined the team on Saturday.

FOR vs GAZ Probable Playing XIs:

5 On-field rivals who were teammates once upon a time

FOR vs GAZ Probable Top Picks for Today’s 11Wickets Match:

Mustafizur Rahman has been the leader of Chattogram’s excellent bowling unit. Not only has he picked up 6 wickets, but has also maintained an economy rate of under 3 runs per over.

Liton Das has done a good job with the bat for a side that hasn’t required much of batting so far. He has scored 87 runs.

Tamim Iqbal was heavily criticized after the first game, but as he so often does, he silenced the critics with a brilliant 77 in the last game.

Soumya Sarkar has scored 70 runs so far in this tournament. He can also roll his arm over and has already picked up a wicket.

Suggested Playing XI No.1 for FOR vs GAZ 11Wickets Fantasy Cricket: 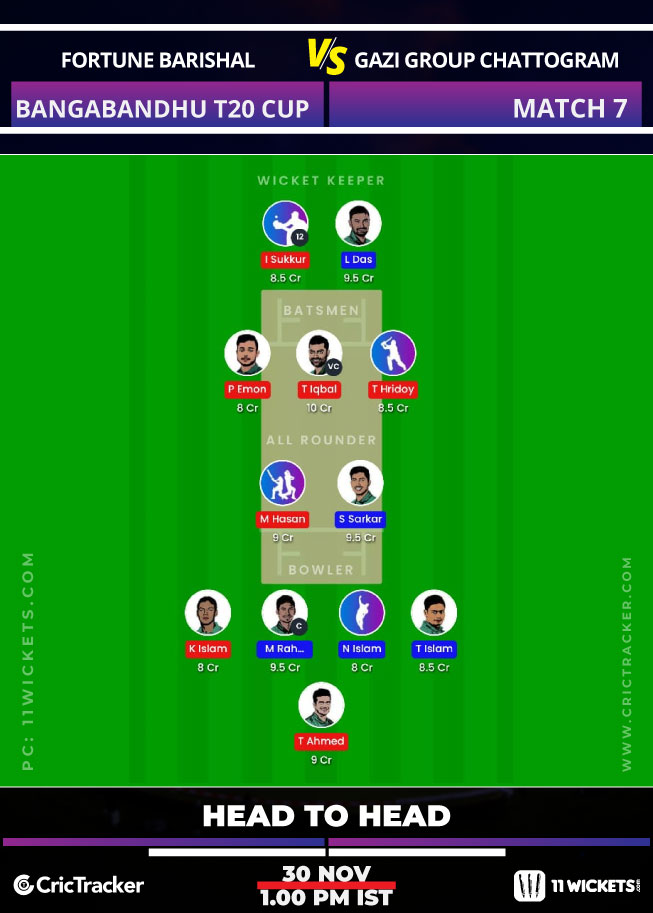 Suggested Playing XI No.2 for FOR vs GAZ 11Wickets Fantasy Cricket: 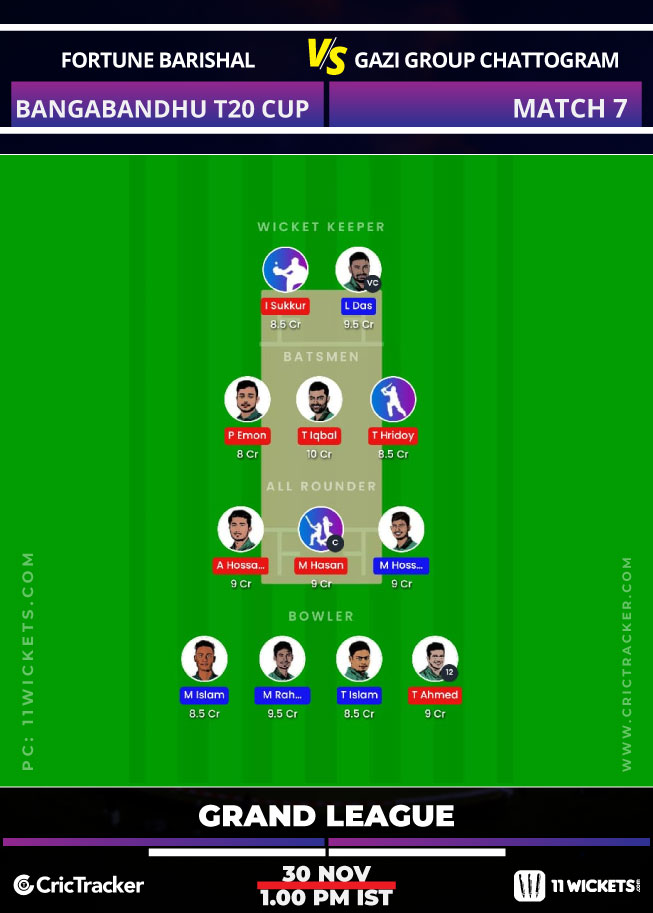 Mehidy Hasan Miraz has picked up 3 wickets already. Though he has not fired with the ball, his capabilities are known to all. He can be a good captaincy pick for any one of your 11Wickets Fantasy teams.

Today’s FOR vs GAZ Probable Winners: