Rohit Juneja and Zubair Aslam are good captaincy options in FOR vs PF match.

The 16th match of the ECS T10 Sweden will be played between Forenom Royals and Pakistanska Forening at Norsborg Cricket Ground, Stockholm.

The match will start at 6:30 PM IST (2 PM local time). It will be streamed live on Fancode in India.

Forenom Royals and Pakistanska Forening will lock horns in the match 16 of the ongoing ECS T10 Sweden. With the tournament heading towards the business end, this should be a cracking contest. The Royals have so far played five matches and won two. They are ranked fourth in the points table at the moment.

The Forening side is in great form currently having won all the five matches played so far. They are undoubtedly at the top of the points table. It won’t be tough for them to beat the Royals as the momentum is with them.

Probable Playing XIs for FOR vs PF

Captaincy Picks for FOR vs PF

Rohit Juneja is a very good all-rounder in the Forenom Royals team. He has shone with the bat in the tournament scoring 76 runs so far. He has also done well with the ball accounting for five wickets. Juneja is a very decent captaincy option in this game.

It is very tough for the bowlers to make an impact in two overs of a T10 match. But Zubair Aslam has managed to pick wickets regularly in the tournament so far. He has been in sensational touch picking up 8 wickets in five matches so far.

Fan2Play Fantasy Cricket Tips for FOR vs PF 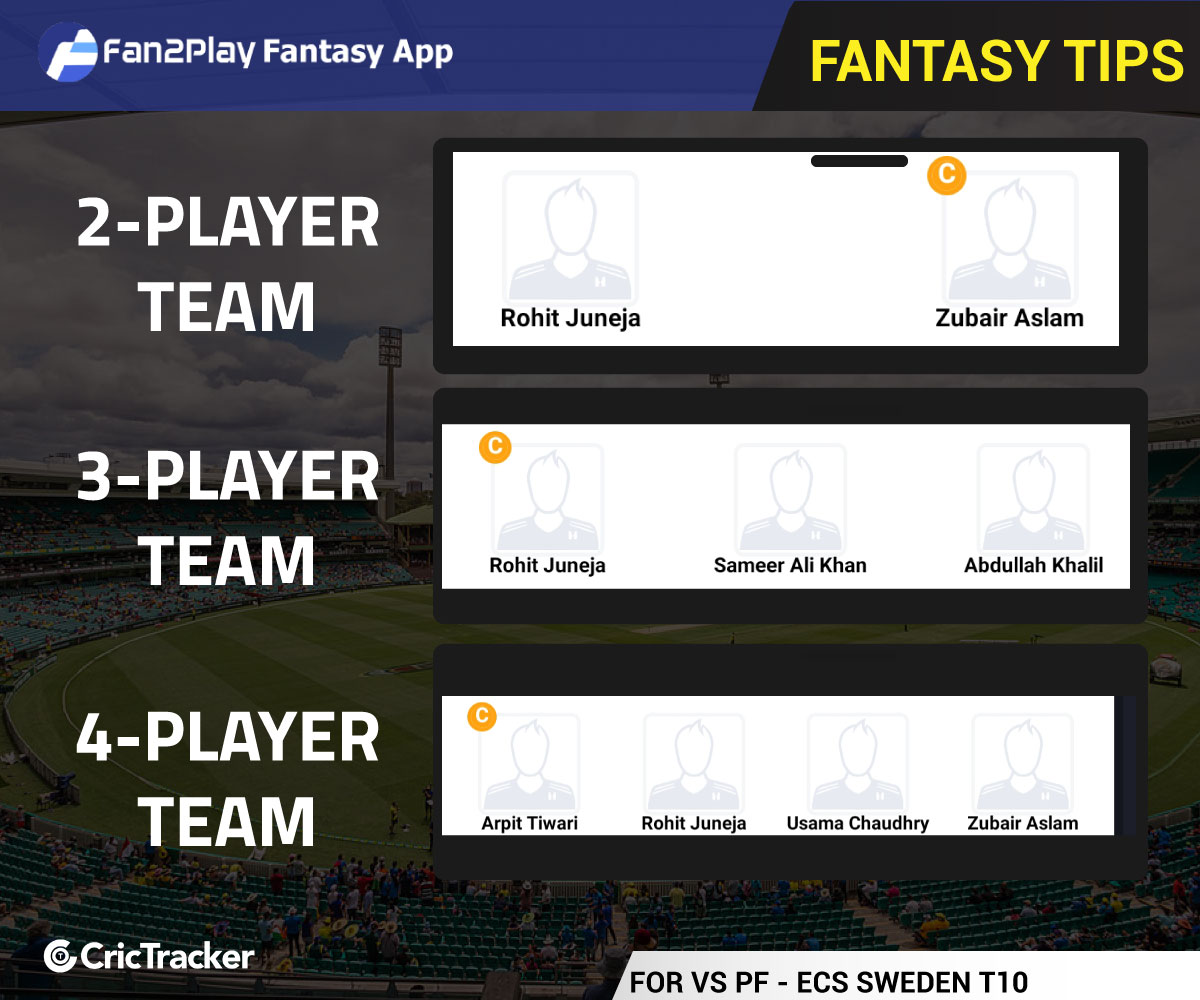 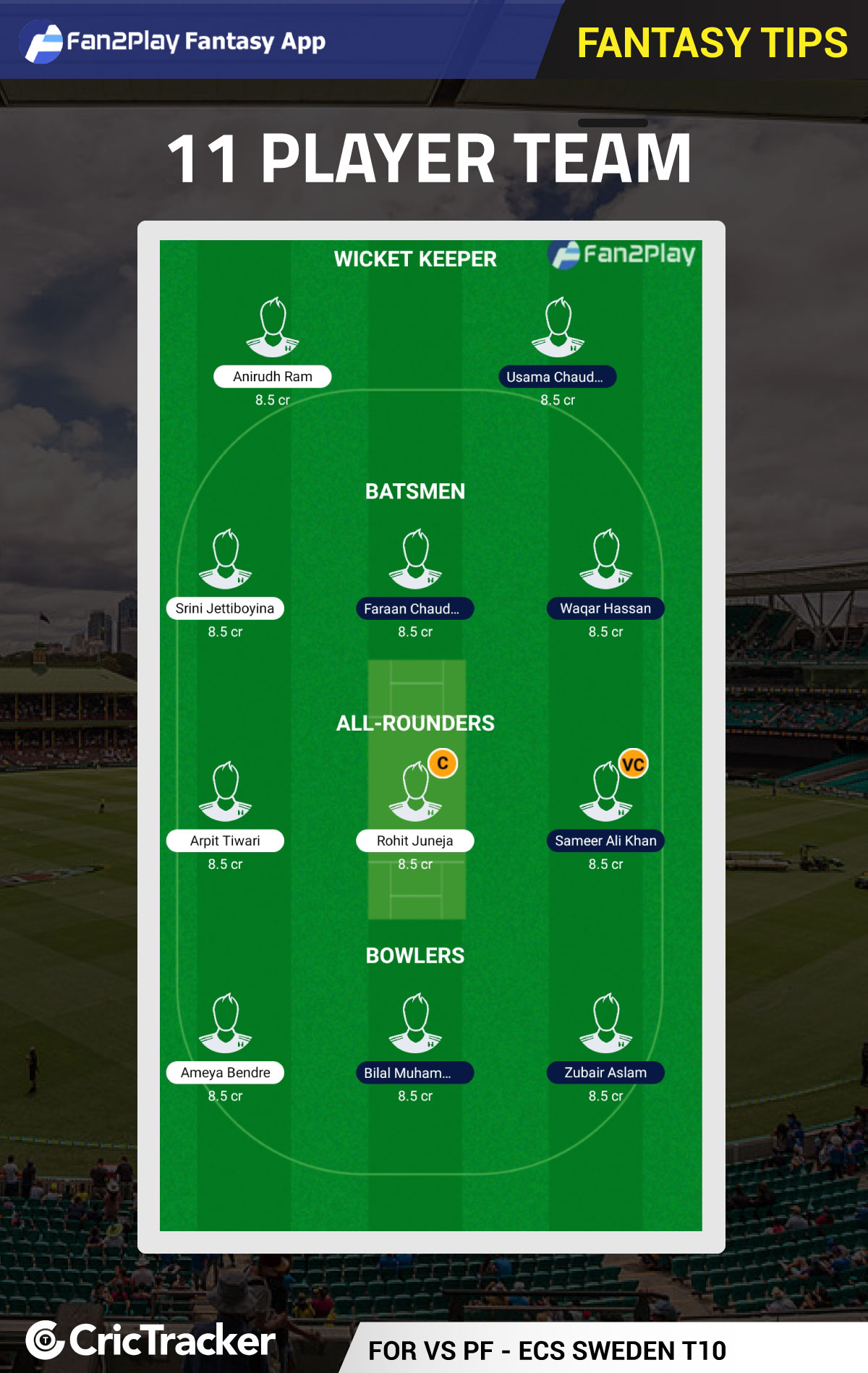