Devon Conway is currently the leading run-scorer in the ongoing tournament. He has muscled 383 runs in his seven games for his team.

The 22nd match of the Ford Trophy 2019-20 will be played between Wellington and Canterbury at the Basin Reserve in Wellington.

Wellington registered a convincing win in the previous game against the same opponent by six wickets. Andrew Fletcher played a brilliant knock of 71 runs in the last game for his side. He would be eager to come up with another brilliant knock from his bat. Devon Conway and Michael Bracewell have also shown glimpses of their good form with the bat. They will play an important role if Wellington wants to outclass Canterbury in the upcoming clash.

Canterbury openers Henry Nicholls and Chad Bowes clicked some good knocks with their willow in the previous game against Wellington. But, their effort went in vain as their side lost the game by a big margin. They need to fill all the voids in their batting and bowling if they want to avenge the loss of their previous defeat against Wellington. Canterbury will certainly bank on their batting line-up that comprises of some exciting batsmen.

There are no chances of rain on the matchday but the winds might blow at a very high rate. The wind is expected to blow at a rate of  30 to 61 km/hr whereas the temperature is will hover between 18 and 23 Degree Celsius throughout the day according to Accuweather.

The pitch at Basin Reserve is expected to go in the favour of batsmen as far as the trends of the tournament are concerned. This ground has hosted two games in Ford Trophy 2019-20 and the teams have easily managed to go past 260 runs in all the innings. But, the windy conditions cannot be neglected that will help the fast bowling spearheads in getting some swing in the match. The side winning the toss will look to field due to the stats on this ground. The side chasing has won all the games in the ongoing tournament at this venue.

Average first innings score: 267 (Games played at this venue in this season of Ford Trophy)

Devon Conway is currently the leading run-scorer in the ongoing tournament. He has muscled 383 runs in his seven games for his team. So, he will be an obvious pick for any Dream11 Fantasy team. Chad Bowes and Henry Nicholls will also play an important role in fantasy teams. Andrew Hazeldine will be a great choice in the bowlers’ category for the match between Wellington and Canterbury. 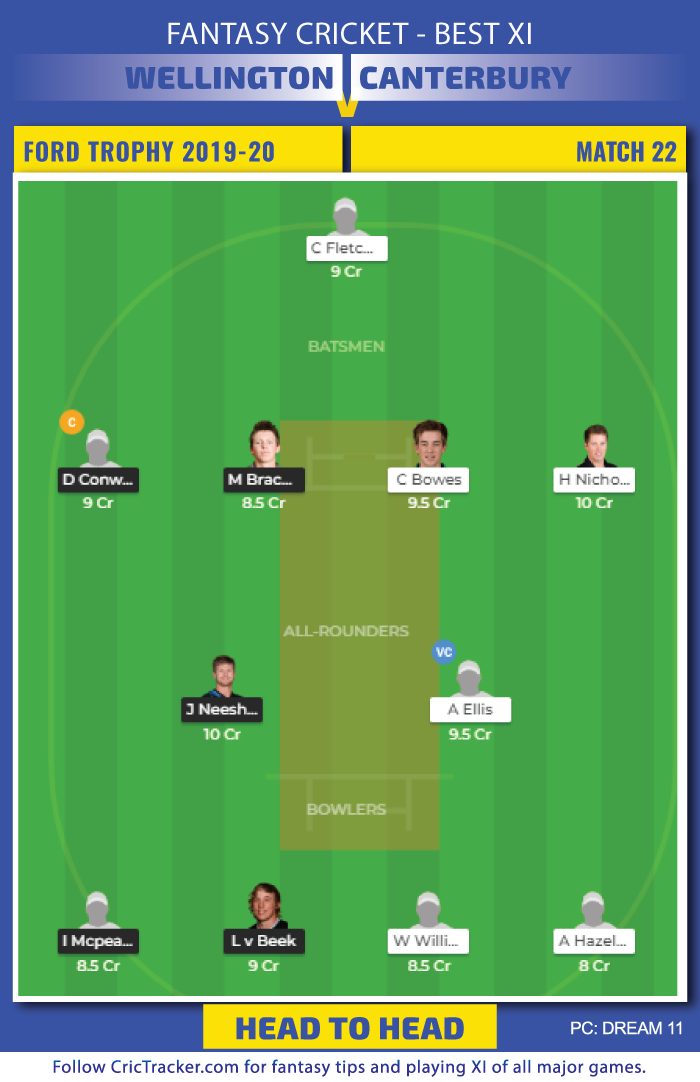 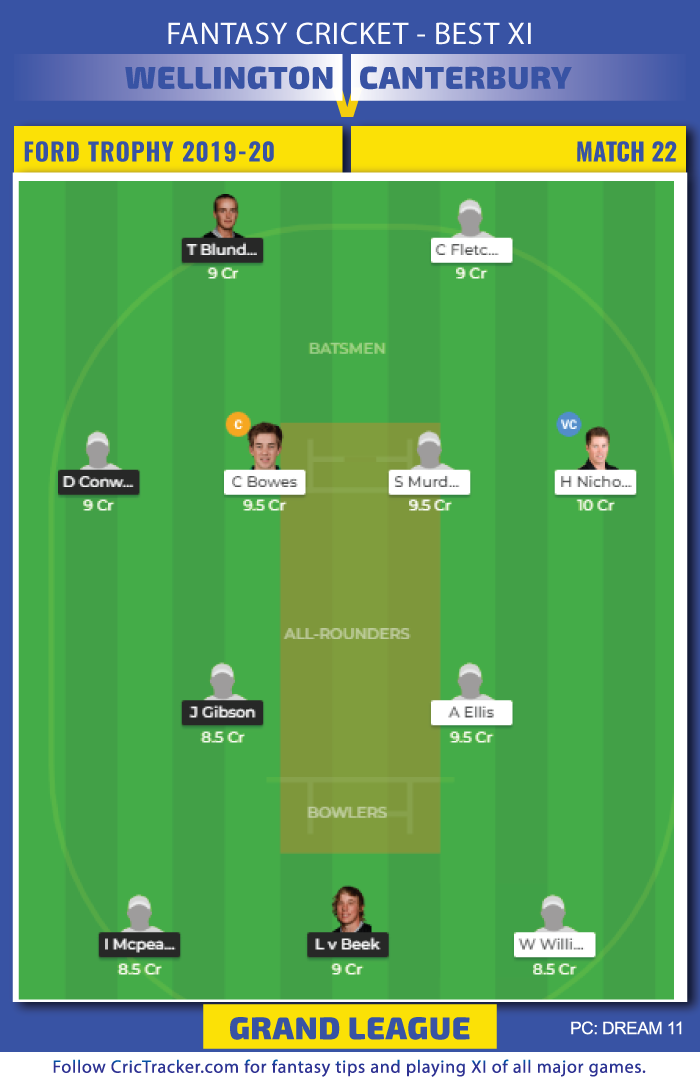 Try to pick maximum fast bowlers due to the fast bowling friendly conditions. The users can go with a combination of one wicketkeeper, four batsmen, two all-rounders and four fast bowlers in the upcoming game.

64% of the users have picked Ollie Newton but he is not the part of the Wellington squad that will lock horns with Canterbury in the upcoming match. Don’t pick him while picking a fantasy team.

Wellington is expected to win their 3rd successive match.