Tom Latham and Henry Nicholls coming back to the team have made Canterbury a lot stronger.

The Final of the Ford Trophy 2020-21 will be played between Canterbury and Northern Districts on 6th March at the Hagley Oval in Christchurch.

Canterbury will be taking on the Northern Districts in the final of this year’s Ford Trophy. Both the teams finished in the top two places in the points table. So, there is not much to differentiate between these two teams. Canterbury finished at the top of the table. They won seven and lost three games in total. With Tom Latham and Henry Nicholls back in the team, it is looking very difficult for anyone playing against them. However, they would like to keep things simple and get the trophy home by playing another good game of cricket.

On the other side, Northern Districts won the preliminary final convincingly over the Firebirds. They have players who have scored hundreds, followed by an intimidating bowling unit. However, they are the only team who gave some fight to Canterbury and are looking the perfect one to beat them in the final. They must be high in confidence as they defeated them in the previous match they played. Overall, it has been a good season for Northern Districts and they would like to finish it on a high by clinching the trophy.

It will be partly cloudy during the start of the match with the temperature being around 22 Degree Celsius. However, there is no chance of any rain in Christchurch during match time.

The surface at the Hagley Oval is a bit better to bat on at the moment. Both the team are aware of conditions and will look to bat first. However, there haven’t been more than three List A games at this venue this season. So, the surface is expected to be fresh and is likely to provide another good game of cricket.

Jeet Raval is currently the top run-scorer for Northern Districts with 404 runs at an average of 36.72. He scored a brilliant century in his last outing at this venue against this same opposition. He is also currently second in the list of highest run-scorers’ list in the tournament.

Brett Hampton is the second-highest wicket-taker in the tournament so far. He has 18 wickets in his bag at an average 23.5.

Henry Cooper is coming off a brilliant century in the preliminary final against the Firebirds. He scored an unbeaten 146 off just 94 balls. However, he also scored a crucial half-century in Northern’s last win over Canterbury.

Ken McClure scored two centuries in both the last encounters between these two teams. He is also currently leading the run-scorers’ list for Canterbury with 388 runs in just 7 games at an average above 64.

Will Williams is the leading wicket-taker in the tournament so far. He has picked up 18 wickets at an average of 17.50.

Matt Henry has also been impressive with the ball. He has an average of 19.13 with 15 wickets in 8 games and will play the key role for Canterbury with the ball. 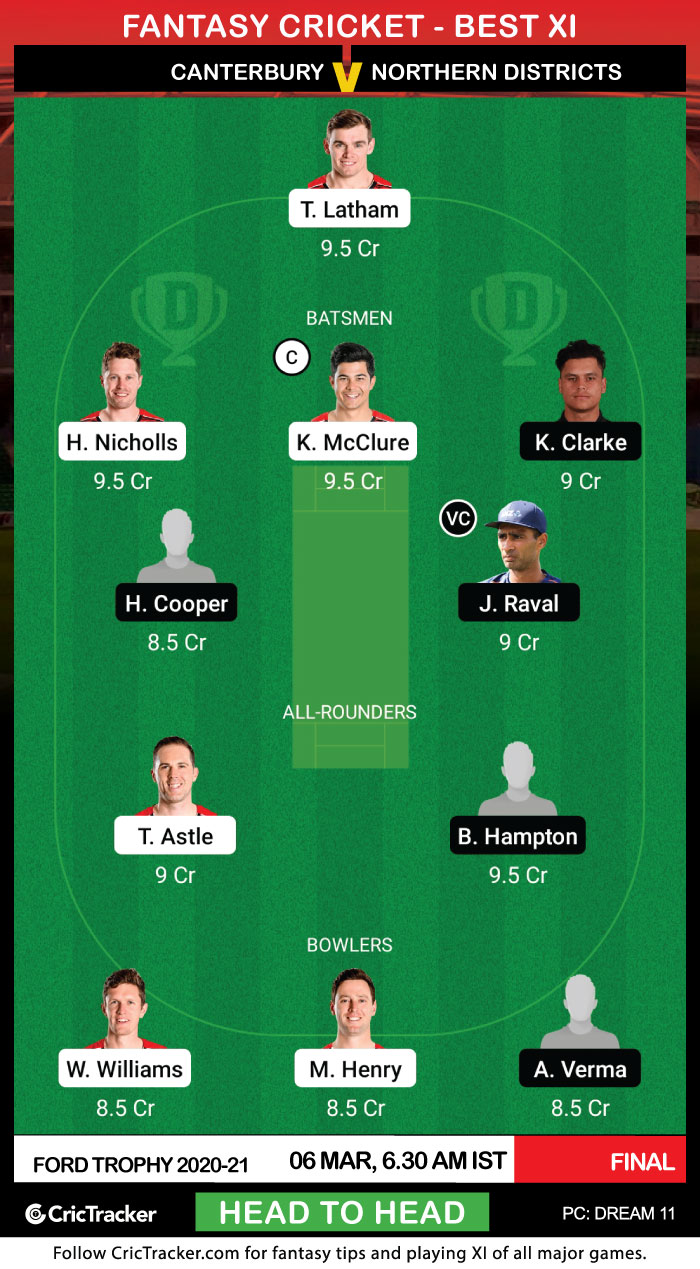 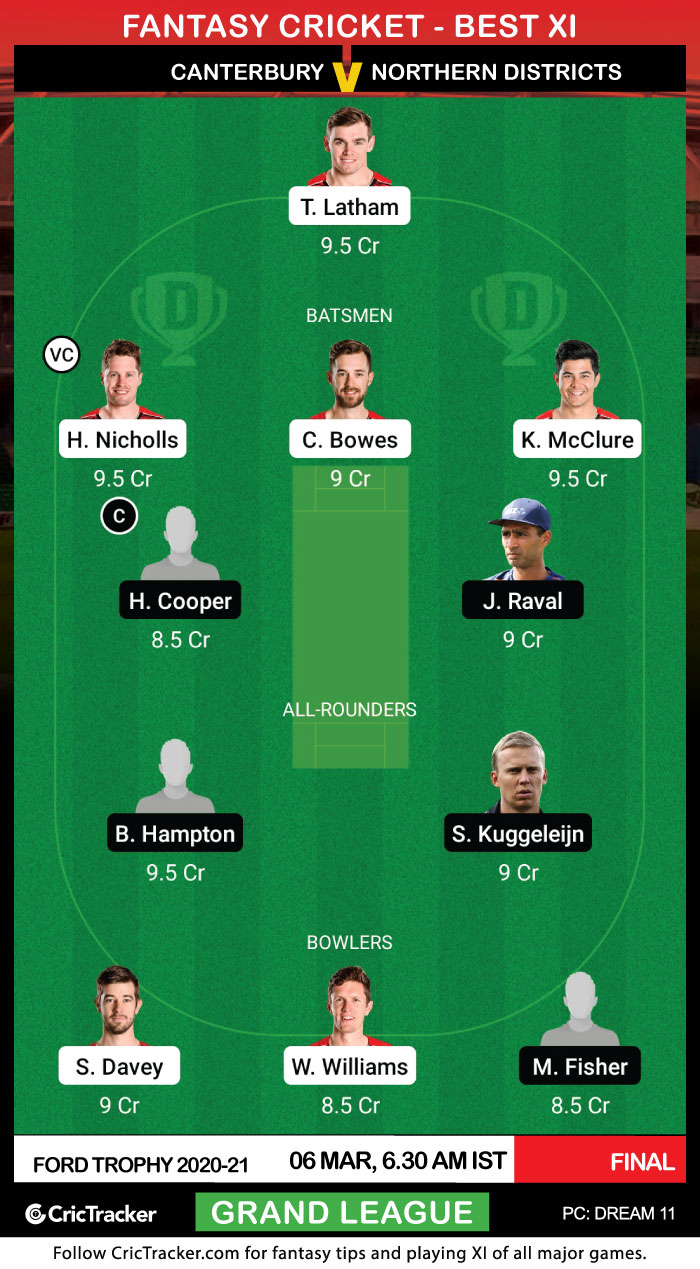 Tom Latham and Henry Nicholls coming back to the team have made Canterbury a lot stronger. Latham averages above 65 and Nicholls is also in good form. Both of them are must picks in your Dream11 Fantasy team.