It is advisable to pick Sean Solia as the captain or vice-captain in your Dream11 Fantasy team as he is in decent form with both the bat and ball.

Auckland Aces will face Canterbury in Match 27 of the Ford Trophy 2020-21 at the MainPower Oval in Rangiora.

The match is scheduled to start at 11:00 AM local time (03:30 AM IST). It can be streamed live on New Zealand Cricket’s YouTube channel.

Auckland Aces are set to lock horns with Canterbury in the 27th match of the Ford Trophy 2021 on Friday. Canterbury are ranked first in the points table with five wins in eight matches played so far in the tournament. On the other hand, Auckland Aces are occupying third position with four wins from as many games.

Auckland Aces have won their last three fixtures and will be looking to continue their winning streak against Canterbury on Friday. Even though Canterbury lost their last match against Otago, they will be favourites going into this game, as they are the league leaders. A mouth-watering encounter is anticipated at the MainPower Oval in Rangiora.

The weather in Rangiorais expected to be breezy in the afternoon with intervals of clouds and sunshine. The temperature will range around the 20-degree mark.

Canterbury have won the sole match played on this pitch. Batting seems to get difficult in the second innings, hence team winning the toss should opt to bat first.

Will O’Donnell has an average of 56.25 in eight matches with a highest score of 106 in the Ford Trophy 2021. He has been the most consistent batsman for the Auckland Aces.

Southpaw Sean Solia averages above 40 in List A cricket. He contributes with the ball as well and has 32 wickets to his name in this format.

Louis Delport has picked up 11 wickets for Auckland Aces in 7 games with his deceptive left-arm orthodox spin. He has an impressive economy of 3.92 runs per over with best figures of 3/45.

Experienced campaigner Henry Nicholls has played 110 list A matches. He averages 43.21 in the format, with the highest score of 178.

Leg-spinner Todd Astle has 92 wickets in List A cricket at an economy of just over five. His batting average of 32.59 shows he can contribute with the bat as well.

Pacer Matt Henry has 203 wickets in 124 List A matches. He is a must pick in your Dream fantasy XI side, as he has picked up 13 wickets in this competition. 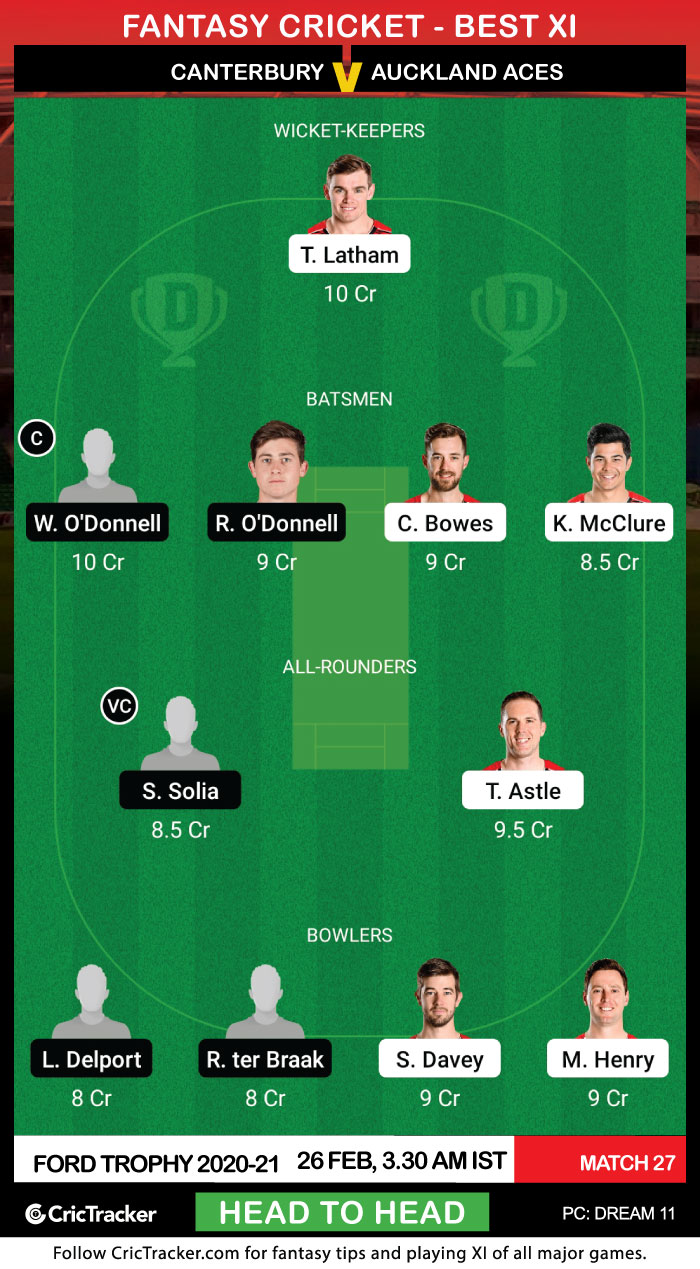 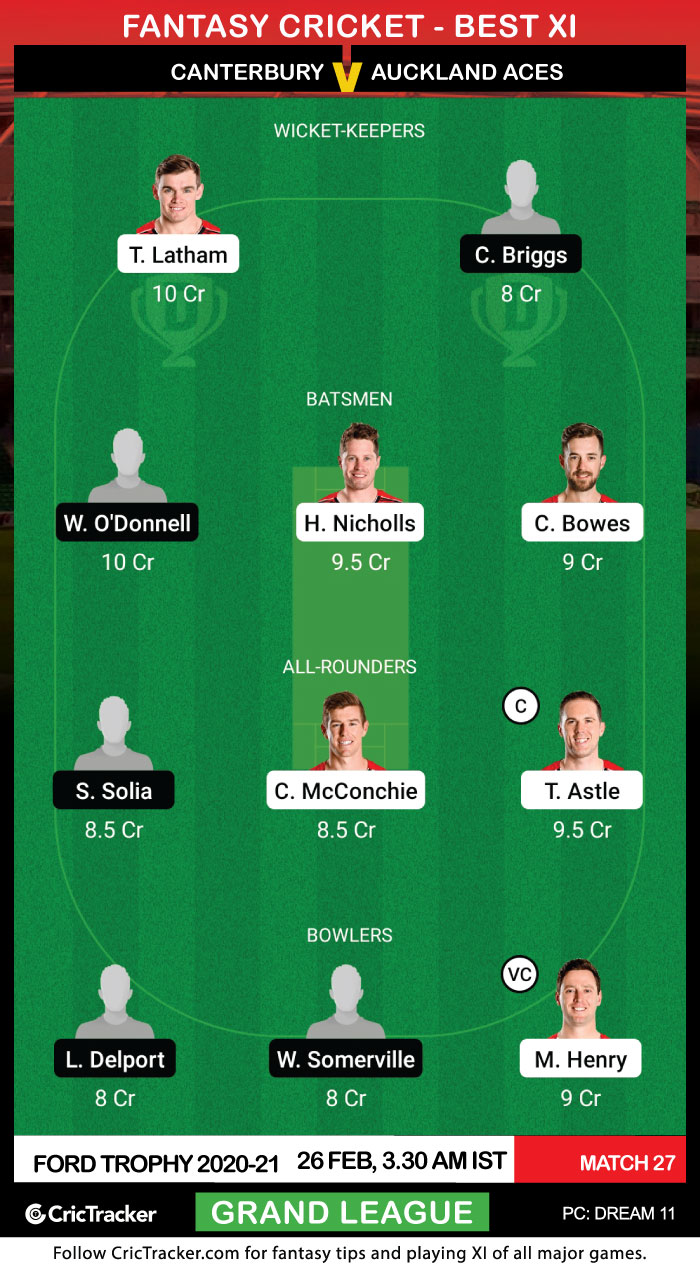 It is advisable to pick Sean Solia as the captain or vice-captain in your Dream11 Fantasy team as he is in decent form with both the bat and ball.