Cole Briggs must be included in your Dream11 fantasy team and can be a good captaincy or vice-captaincy choice well.

The 30th match of the Ford Trophy 2020-21 will be played between Canterbury and Auckland Aces on 28th February at the MainPower Oval in Rangiora.

Table-toppers Canterbury will take on Auckland Aces in the 30th match of the Ford Trophy 2020-21 on Sunday. Canterbury is the first team in this competition to confirm their spot in the finals. They had an extraordinary tournament in all the departments. So far, they have won 6 and lost 3 matches and they are at top of the table with 27 points. Canterbury are coming into this game on the back of a massive win over the Auckland Aces, by a margin of 216 runs. Since they are already in the finals, this match is going to be a kind of practice match for them ahead of the big finals, to be played on 6th March.

On the other hand, it will be a do-or-die game for the Auckland Aces. They will need to win their final league match to qualify for the knockout stages. They didn’t have the greatest of matches when they met Canterbury on Friday, suffering a humiliating defeat by a margin of 216 runs. With 4 wins and 5 losses, they are at the fourth spot in the standings with 18 points and having a net run-rate of -0.209. They will need to forget their previous match and bounce back quickly.

It will be partly cloudy in Rangiora with the temperature ranging between 19 and 21 degrees Celsius and the humidity levels are high at 80 percent. The chances of precipitation for this match are low.

It’s an evenly poised surface with equal support for both batsmen and bowlers. Batting is much easier in the first half than in the second half of the game. It is a good competitive wicket for this format andanything above 240 will be a good score. Whoever wins the toss should look to bat first.

241(Last 3 matches played on this venue)

Also Read – India vs England: Rory Burns reprimanded by ECB for his Twitter clash with a female cricketer

Henry Nicholls was the star of the match against Auckland Aces, scoring 113 runs at a strike rate of 88.98. So far, he has played 3 matches and has scored 189 runs at an excellent average of 94.5.

Ken McClure missed out on a century against Auckland Aces by just 4 runs. He played really well for his 96 runs from 101 balls. He is the leading run-scorer for his side with 378 runs in 6 matches at an average of 75.6, with the highest score of 107.

Will Williams is the leading wicket-taker in this tournament, having picked up 16 wickets in 9 matches at an economy of 3.95 runs per over, with the best figures of 3/24. He is consistently picking up wickets and is a good pick for your Dream11 fantasy team.

William O’Donnell is one of the upcoming young players who has the potential to play at the highest level. He is the leading run-scorer in this tournament with 458 runs in 9 matches at an average of 50.88, including one hundred and 5 half-centuries.

Despite playing only 3 matches in this competition, Cole Briggs has scored 223 runs at an average of 74.33 with a strike rate of 89.55. 101 runs against Central Districts was his highest score.

Also Read – India vs England: Jasprit Bumrah released from the squad ahead of fourth Test 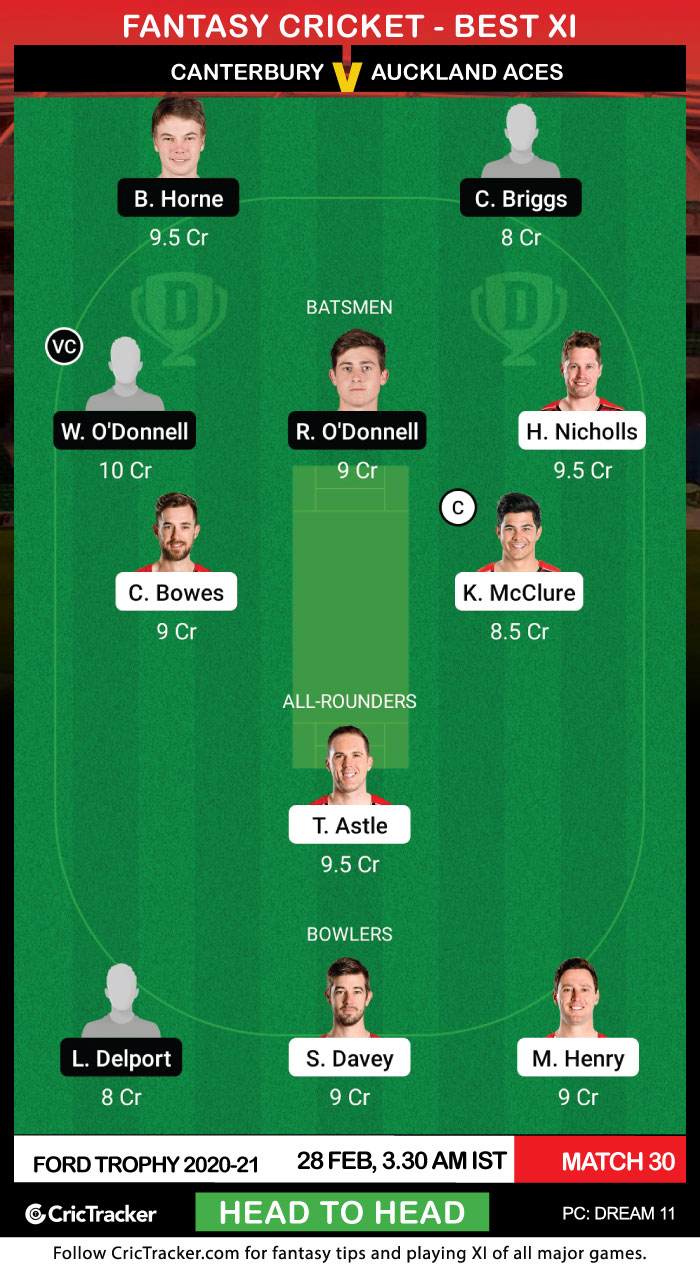 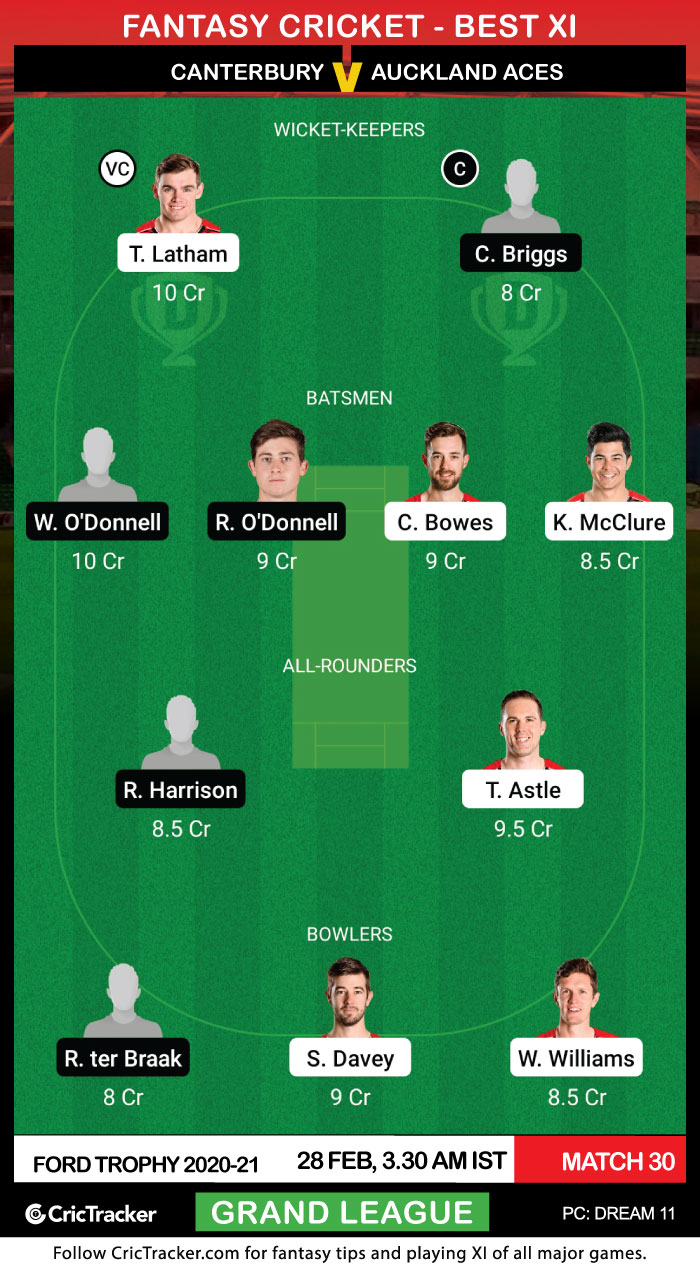 Cole Briggs averages close to 75 in this tournament and has played some pretty good knocks so far in his 3 matches. He must be included in your Dream11 fantasy team and can be a good captaincy or vice-captaincy choice well.