The 21st match of the ECS T10 Barcelona will be played between Falco Zalmi CC and Joves Units CC at the Montjuic Ground, Barcelona.

Falco Zalmi CC and Joves Units CC will face each other in the 21st game of the tournament at the Montjuic Ground, Barcelona on Monday. This is the first match of the day after a two-day break and hence both the teams will come into this game refreshed.

Falco Zalmi CC are placed at the top of the points table, having won both the matches they have played so far. On the other hand, Joves Units CC are placed at the 6th spot by winning one and losing one. Both teams have some quality players in their ranks and would like to start their campaign on a great note.

It will be partly cloudy during the match time in Barcelona on Monday. The temperature will loom around 21 degrees Celsius.

The track at Barcelona has been pretty good for batting. The pitch remains the same in the second innings, hence chasing could be a good option here.

90 (Last 5 games played at this venue in this tournament)

Also Read – ‘Why not give it to Eoin Morgan straightaway?’ – Gautam Gambhir not happy with change in KKR captaincy mid-season

Awais Ahmed has scored 114 runs in two matches he played in this tournament at an average of 57 and a strike rate of 203.57. He is currently the highest run-scorer for Falco Zalmi CC.

Taqqi UI Mazhar scored a quickfire 31 off just 17 deliveries in his first match against Hira CC Sabadell. He has scored a total of 70 runs in two matches, at an average of 35 and a strike rate of 152.

Naeem Hussain Shah is the highest wicket for Falco Zalmi CC in this season so far. He has picked up 4 wickets in two matched. He picked up 3 crucial wickets for just 9 runs in his two overs in his first match against Hira CC Sabadell.

Israr Ahmad bowled an amazing spell in the last match against Catalunya CC. He picked up 2 crucial wickets and conceded just 8 runs in his two overs.

‘I am not able to understand this’ – Virender Sehwag slams Virat Kohli for not sending AB de Villiers to bat at No. 4 vs KXIP 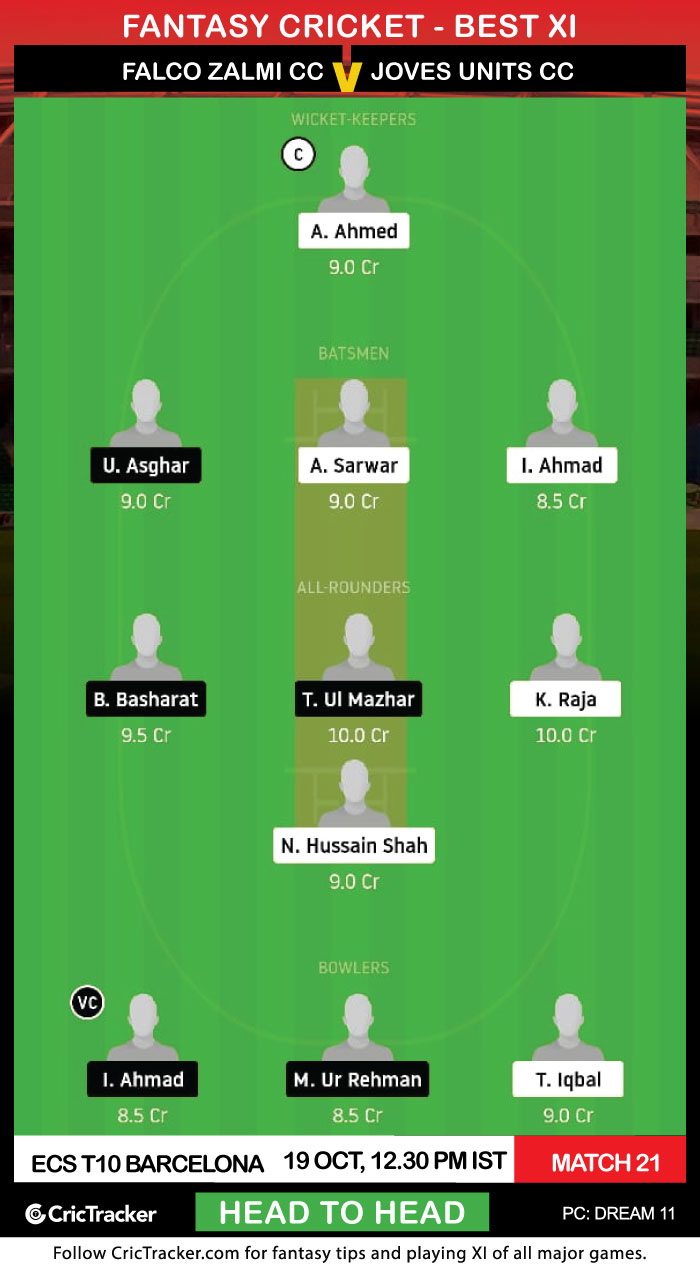 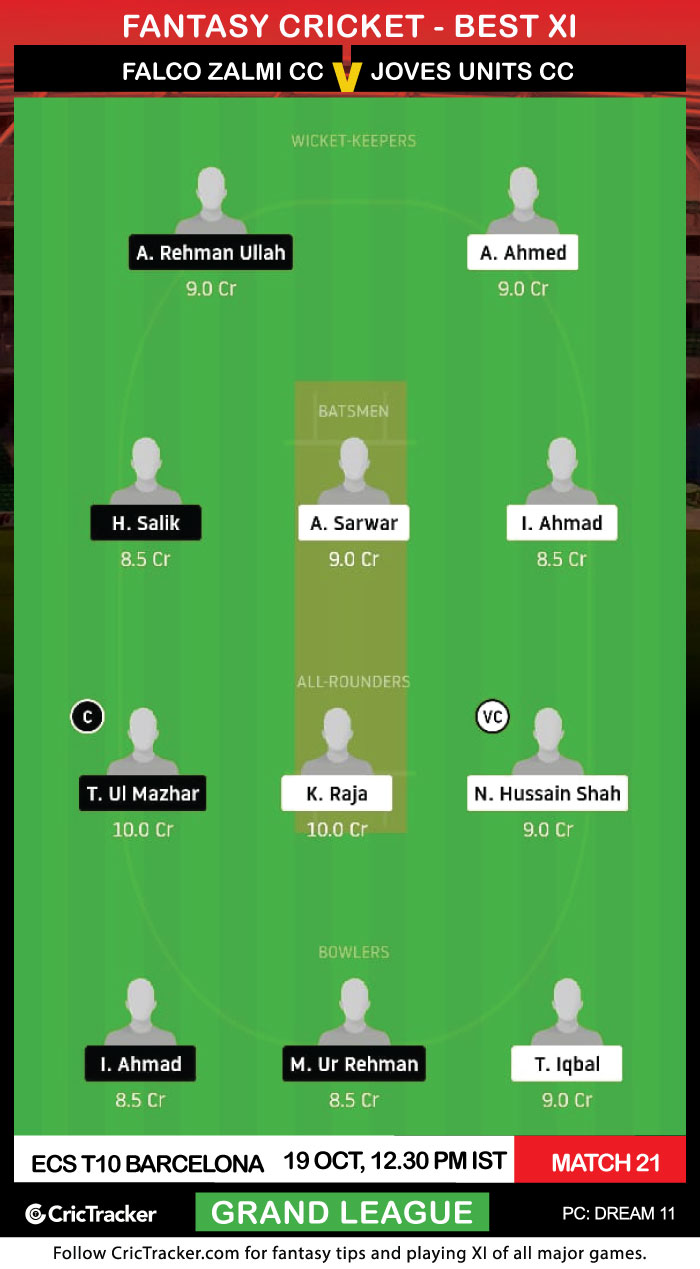 It is advisable to pick Taqqi UI Mazhar as a multiplier in both of your Dream11 Fantasy teams as he can give you points with both the bat and the ball.

Falco Zalmi CC are expected to win this match.