Gazi Group Cricketers captain Mahmudullah has been impressive this season.

This encounter will get underway at 1:00 PM IST, and fans in India can switch to Dsports to catch the live streaming of the game.

Brothers Union have been brilliant this season and there aren’t many loopholes in their ship. While the bowlers have played a major role behind Union’s success, the batsmen have also done well. As of now, they are holding fourth place in the team standings with three wins in five games. They’ll head into this match on the back of a 33-run win over Partex Sporting Club.

On the other hand, Gazi Group Cricketers have blown hot and cold this season, winning three of their seven games. Although many players from the team have fired, winning consistently has been an issue for them. Hence, it would be interesting to see how they perform against an in-form Brothers Union team.

Bangladesh International Soumya Sarkar has been brilliant this season. The southpaw got runs in most of the games and that too at a good pace. In fact, Sarkar is Gazi Group Cricketers’ most successful batsman this season with 193 runs in six outings. He’ll be determined to shine against Brothers Union as well.

Sarkar’s partner-in-crime Mahmudullah has also been impressive this season. The Gazi Group Cricketers captain shone with both bat and ball, and put up one magnificent performance after another. In total, he scalped eight wickets in six games alongside scoring 106 runs. 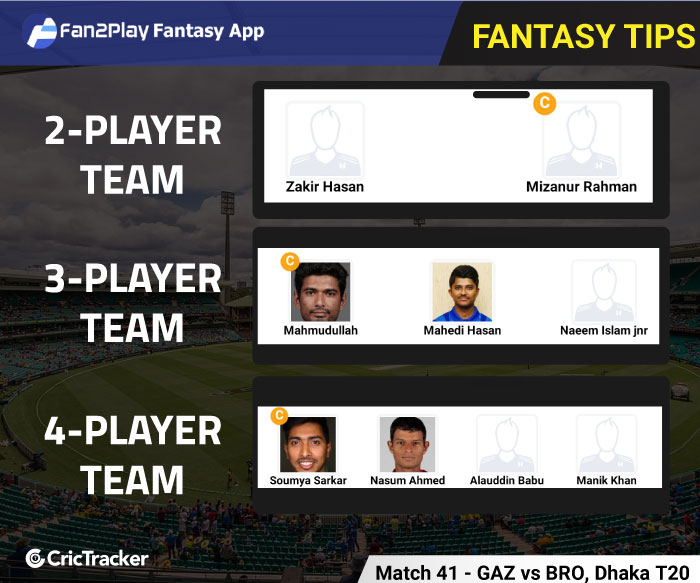 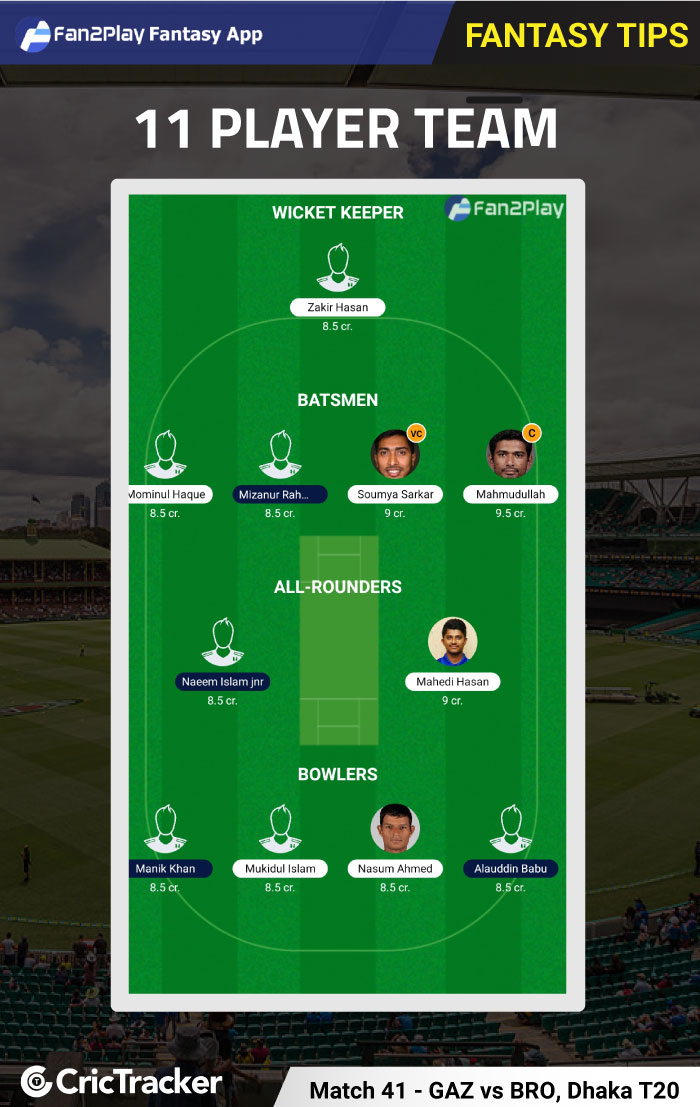