Shakib Al Hasan isn't in the best of form and against Chattogram, one may even think of leaving him out of the eleven. 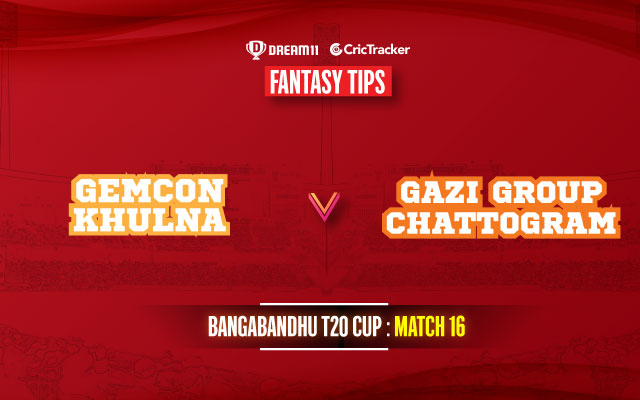 The 16th match of the Bangabandhu T20 2020 will be played between Gemcon Khulna and Gazi Group Chattogram at the Sher-e-Bangla National Stadium in Mirpur, Dhaka.

Gemcon Khulna and Gazi Group Chattogram have already made their way through to the semis in the T20 tournament. Chattogram, led by Mohammad Mithun, has been outstanding winning their first four matches. However, they tasted their first defeat when Beximco Dhaka defeated them by seven runs. Yet with a net run rate of 1.006, they are sitting pretty on top of the points table.

Khulna, on the other hand, is placed second with four wins. If they win their next match, they would dethrone Chattogram as the table-toppers. Khulna, captained by Mahmudullah, has made an incredible comeback, winning their last three games. However, in their previous meeting, Chattogram won by nine wickets after bowling the Khulna team out for 86 in only 17.5 overs.

The playing conditions will be decent with the temperature around the 23 degrees Celsius mark. The humidity will mostly be in the low-30s. There will be a fair amount of cloud cover but with no chances of rain.

The pitch in Mirpur has been a reasonable one for batting. The scores in the second half of the event have gone up a wee bit. The dew factor playing a part means teams may opt to chase after winning the toss.

Liton Das has been in superlative form, scoring 247 runs at an average and strike-rate of 82.33 and 126.02 respectively. He has a top score of 78. Also, he has taken four catches and effected a stumping.

Mustafizur Rahman is currently the leading wicket-taker of the tournament. The left-armer has 13 wickets at an economy of 5.06. The best figures of 4/5 mean that he’s in excellent rhythm.

Shuvagata Hom didn’t take part in the first few games, but he has found his mojo right after he was included in the eleven. He has seven wickets from three matches and is also a clean striker of the ball.

Soumya Sarkar has tasted quite a bit of failure in the last few matches, but he has the potential to come good next time. In his last meeting against Khulna, he managed 26 runs and got a start.

Imrul Kayes started the tournament with a couple of ducks in the first two matches. But in the last four matches, he has managed 114 runs, showing that he’s starting to find his rhythm. 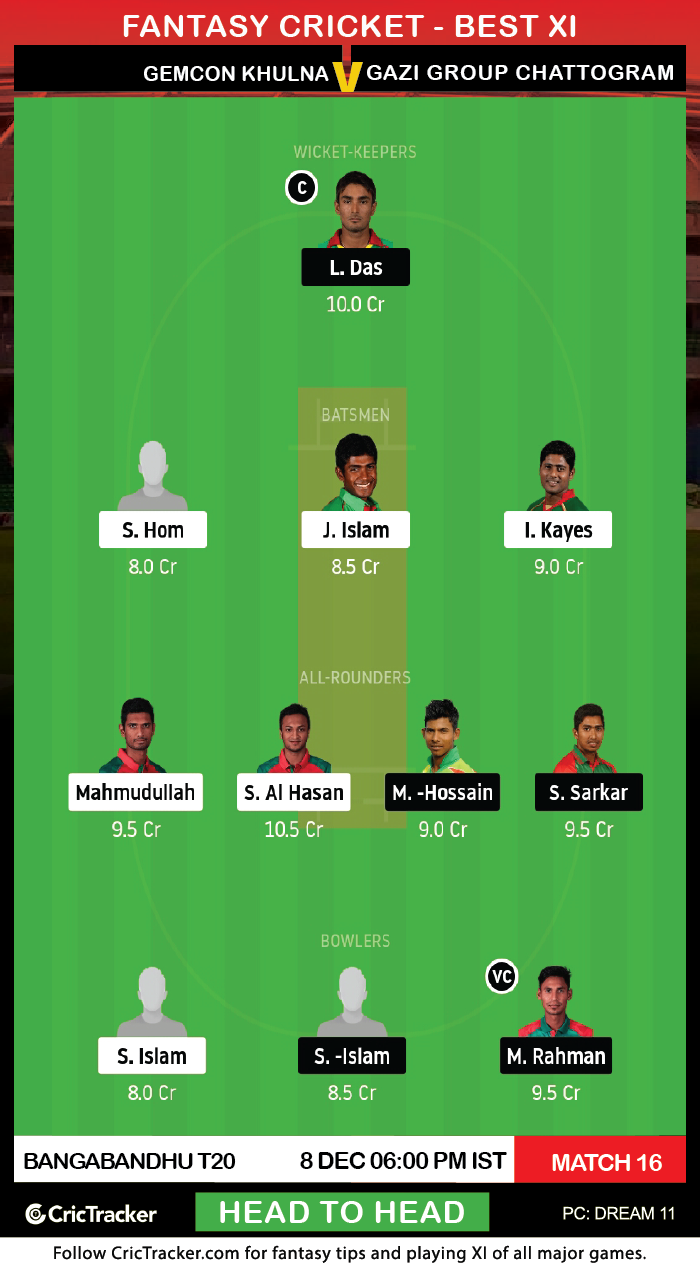 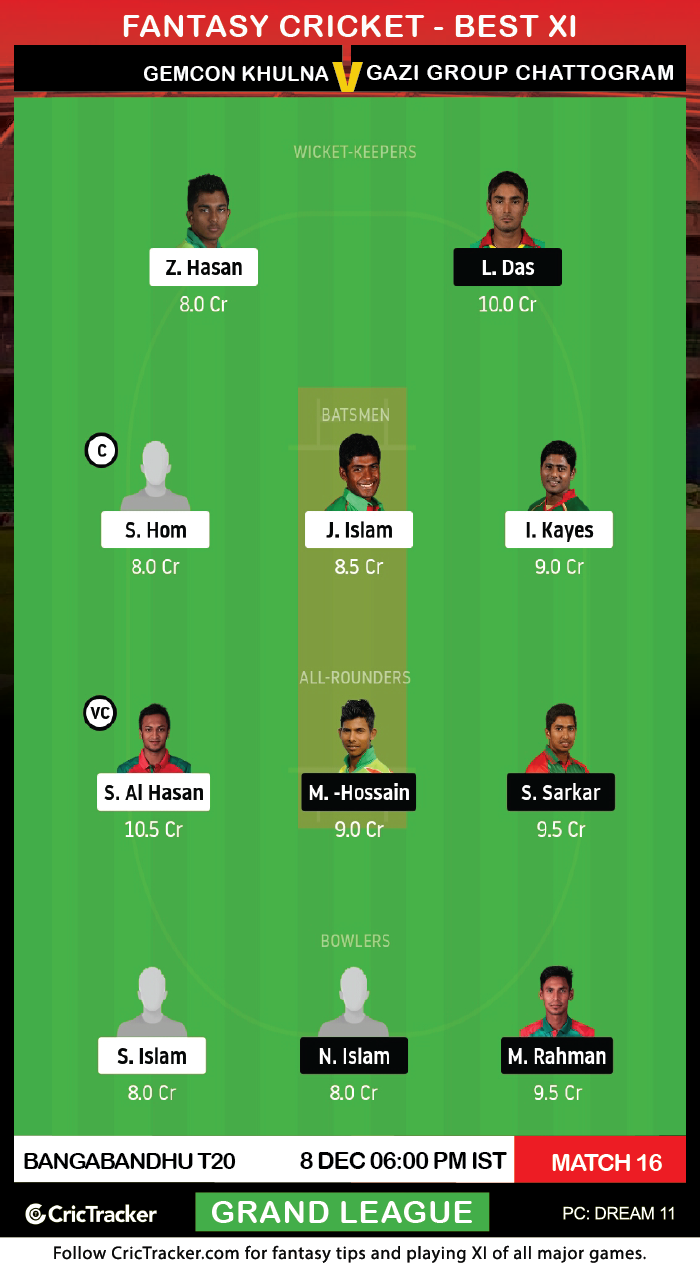 Chattogram have the strongest bowling and batting contingent and hence, making Shakib Al Hasan a multiplier may not be a great idea. Shakib is badly out of form, both with bat and ball. One may also leave him out of the team.

Gazi Group Chattogram is expected to win the match.