Rajshahi are on a three-match losing streak after winning their first two matches. 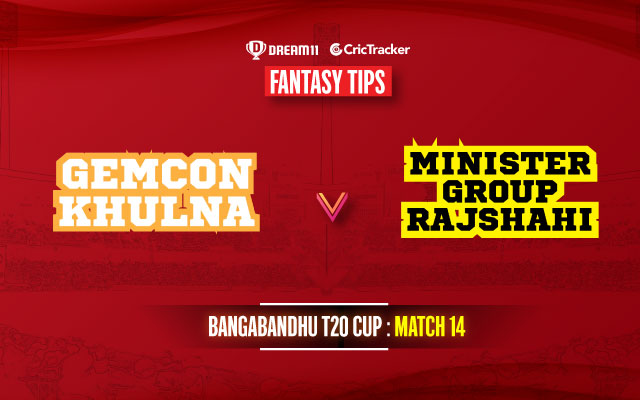 The 14th match of the Bangabandhu T20 2020 will be played between Gemcon Khulna and Minister Group Rajshahi at the Sher-e-Bangla National Stadium in Mirpur, Dhaka.

Gemcon Khulna, well and truly, have found their mojo in the ongoing Bangabandhu T20 Cup. After a bit of a rusty start early on, Mahmudullah and Co have won two matches on the trot and are currently placed second in the points table.

Their net run rate of 0.594 is also pretty decent. In their previous game, the Khulna team beat the Fortune Barishal, captained by Tamim Iqbal, by 48 runs. In their next game, they would be facing Minister Group Rajshahi, who have stuttered a wee bit after am impressive start.

The team, led by Nazmul Hossain Shanto, have lost three games on the trot and don’t look in the best of shapes. In their previous game, Rajshahi rolled over Khulna by six wickets. Another victory in their next match would also help the Khulna team move to the next round.

The playing conditions will be fairly pleasant with the temperature around the 23 degrees Celsius mark. The humidity won’t be on the higher side with the numbers in the 60s. There will be dew as well.

The pitch in Mirpur has been a decent one for batting and bowling. The scores have started to go up and a high-scoring match can be expected. Batting first should be the way forward for the teams.

Shakib Al Hasan has started to find his rhythm. The veteran has 55 runs and he has three wickets to his name as well. Though he isn’t in the best of form, he can still fetch useful fantasy points.

Mahedi Hasan has been one of the key players for the Rajshahi team. In five matches, he has 110 runs to his name at an average of 27.50. He has also picked up four wickets at an economy of 6.61.

Shahidul Islam has bowled exceptionally in the ongoing T20 championship. In five matches, the fast bowler has as many as 10 wickets and is second behind Mustafizur Rahman.

Imrul Kayes started the tournament with a couple of ducks. But in the last three games, he has scored 87 runs, 37 of which came in the previous game. He isn’t the worst choice as a multiplier. 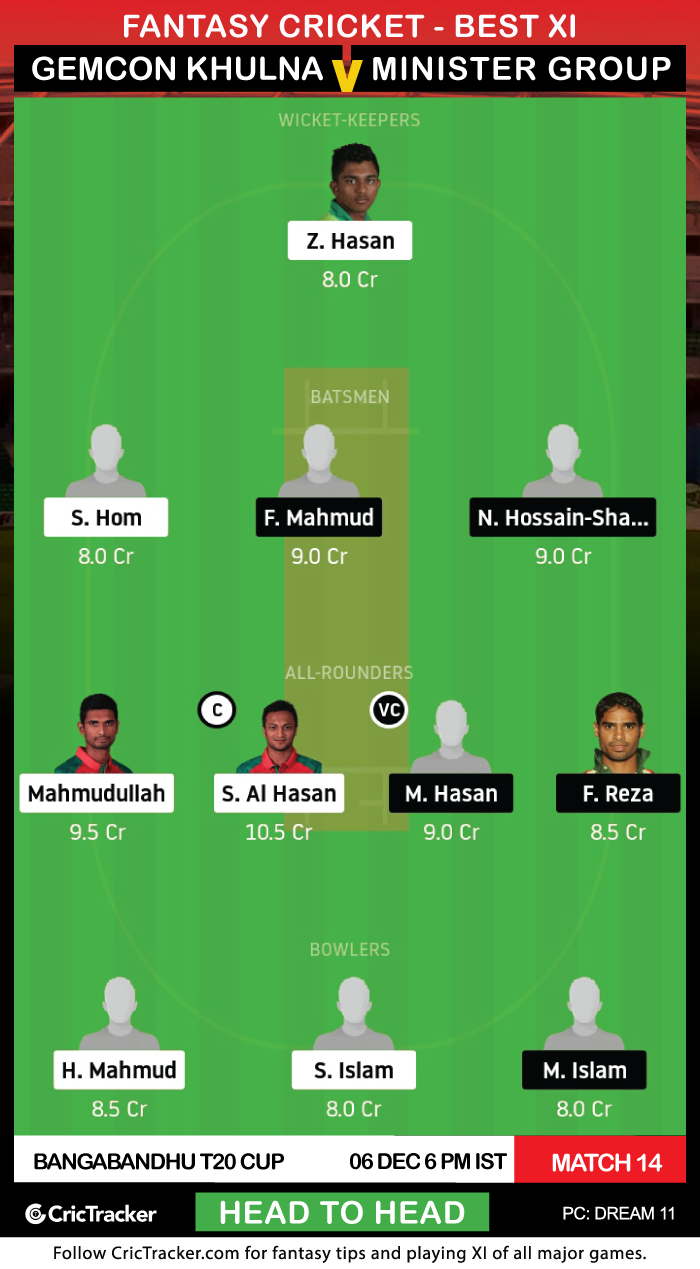 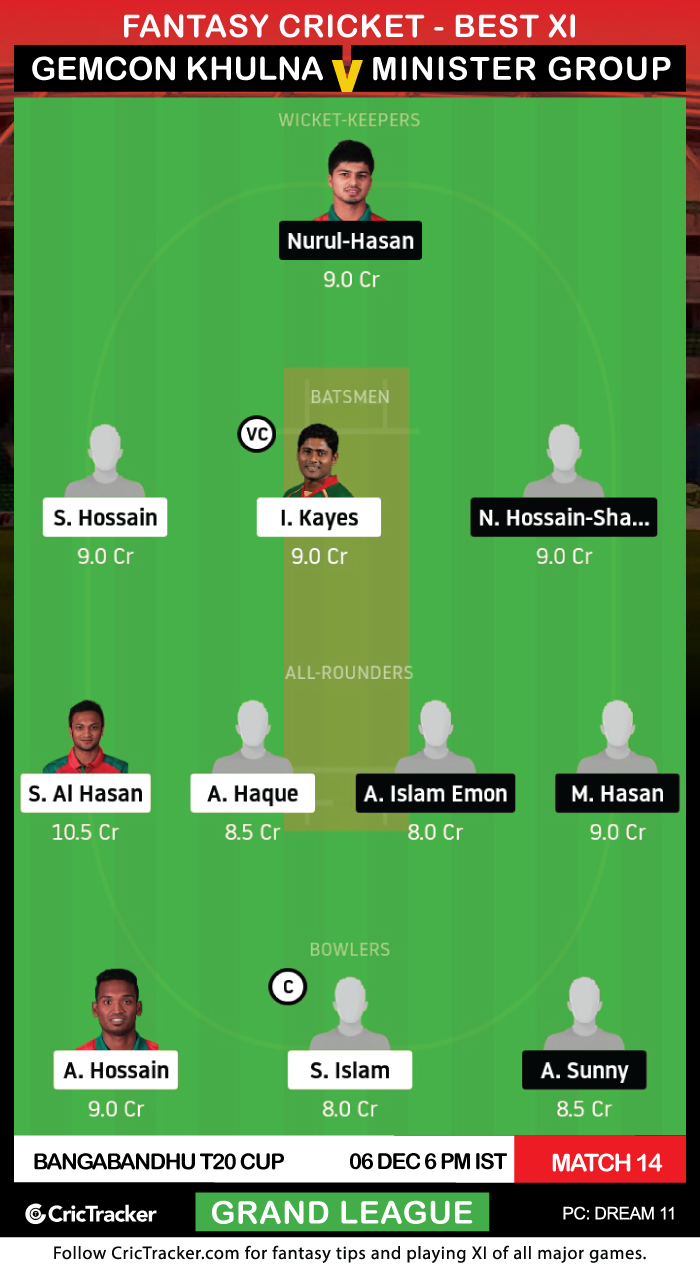 Shuvagata Hom is listed in the batsman’s category. But he has picked up wickets as well apart from scoring useful runs lower down the order.

Minister Group Rajshahi are expected to win the match.