Glenn Phillips has been in brilliant form for New Zealand.

Glamorgan will be up against Gloucestershire in the upcoming fixture of T20 Blast 2021. The encounter takes place at the Sophia Gardens in Cardiff on Thursday (June 10).

This encounter will get underway at 11:00 PM IST, and the live streaming will be available on FanCode.

Placed in the South Group, both these sides will kick-start their campaign in the tournament with this match. Glamorgan, who finished fifth in the T20 Blast last season, will be led by Chris Cooke in this tournament. With prominent players like Colin Ingram, Marnus Labuschagne and Michael Nesar in the ranks, the side is expected to do well and many eyes will be on their opening clash.

On the other hand, Gloucestershire managed to reach the semi-finals of the T20 Blast last season. This time around, they’ll like to go a couple of steps even further. However, they have a daunting task at hand as, unlike Glamorgan, they don’t have the services of many capped players. Hence, the likes of Glenn Phillips and skipper Jack Taylor will have to shine to take their side over the line.

Captaincy Picks for GLA vs GLO

The dashing wicketkeeper-batsman has emerged as a vital member of New Zealand’s T20I team lately. Glenn Phillips likes to go after the bowlers from the outset, and his wide range of shots has challenged many prominent bowlers. Not to forget, Phillips is also clinical behind the stumps and would be critical to Gloucestershire’s success.

Former South African batsman Colin Ingram can also shine in the upcoming game. The southpaw has plied in several T20 competitions around the world and is well versed with the dynamics. Ingram can play shots all over the park, and his knack of staying at the crease for long makes him an even greater asset. Hence, Glamorgan will be counting on him. 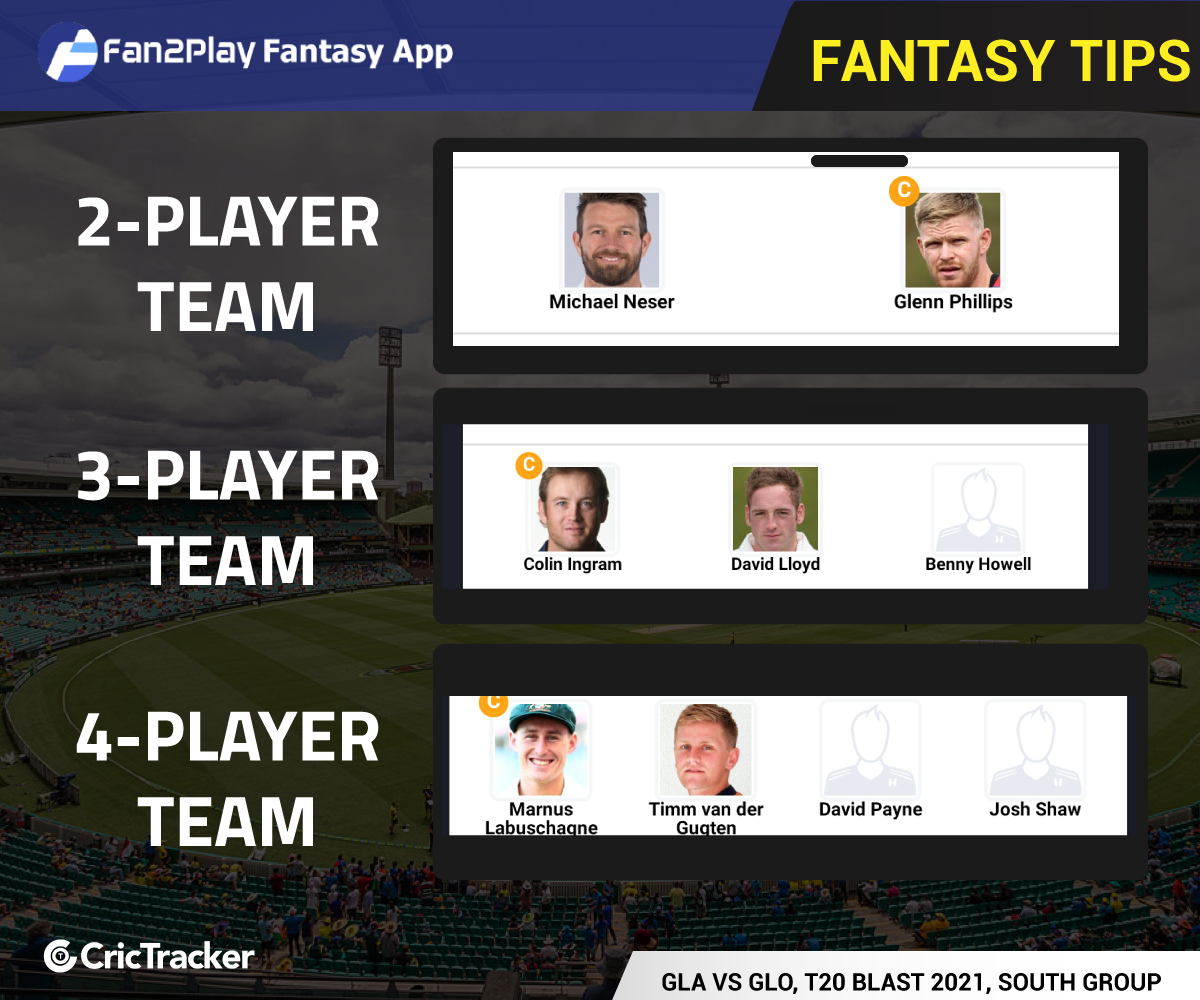 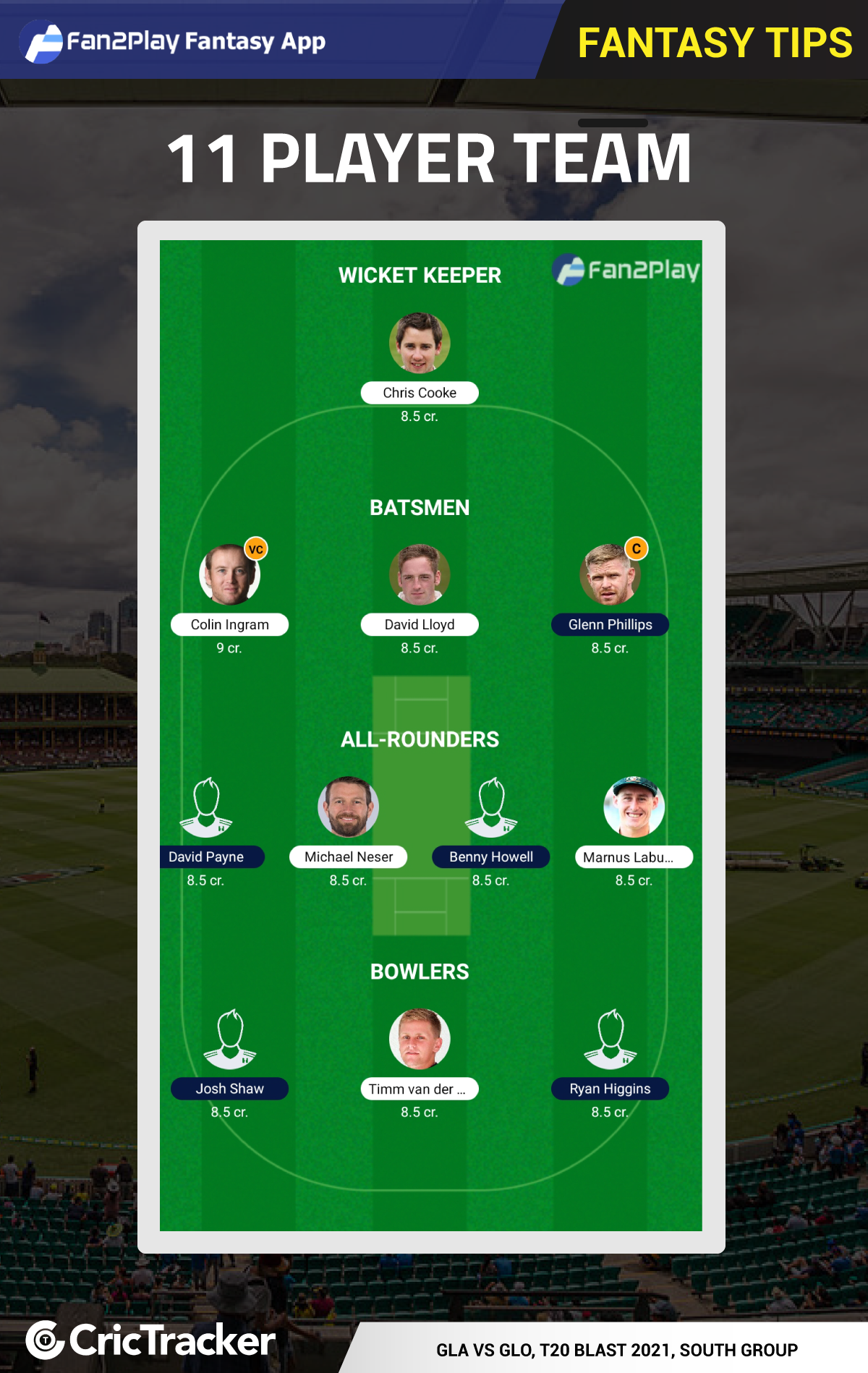