Marnus Labuschagne is the leading run-scorer of the season.

Glamorgan will be up against Kent in the South Group match of the T20 Blast 2021. The clash takes place at the Sophia Gardens in Cardiff on Wednesday (June 16).

This encounter will get underway at 9:30 PM IST, and the live streaming will be available on FanCode.

Glamorgan haven’t made a delightful start to their campaign as they have lost two of their first three games. They suffered a narrow four-run defeat against Gloucestershire in their opening clash but bounced back and registered a seven-wicket victory over Essex. However, they went back to losing ways against Surrey and faced a five-wicket loss. Glamorgan are currently fifth in the South Group team standings.

On the other hand, Kent have been on a roll this season and have won three of their first four games. The Daniel Bell-Drummond-led side has performed well as a unit and are one of the front-runners to win the competition. However, they suffered a thumping 47-run defeat against Somerset in their last outing and would be determined to bounce back.

Captaincy Picks for GLA vs KET

The third-ranked Test batsman has shown how effective he can be in white-ball cricket. Labuschagne has been nothing but phenomenal this season and is piling one big score after another. In fact, he is currently the leading run-scorer of T20 Blast 2021 with 226 runs in three games. Not to forget, he can also contribute with his handy leg-break bowling.

Another player who can shine in this contest is Kent captain Daniel Bell-Drummond. The dashing opener has scored runs consistently in the top order and played a crucial role in his side’s stellar campaign. So far, the dasher has scored 109 runs in four outings, and he would like to enhance his tally. 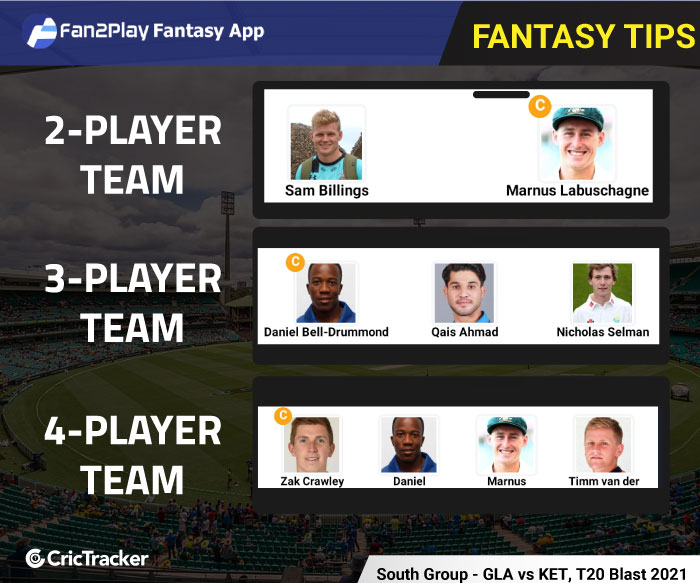 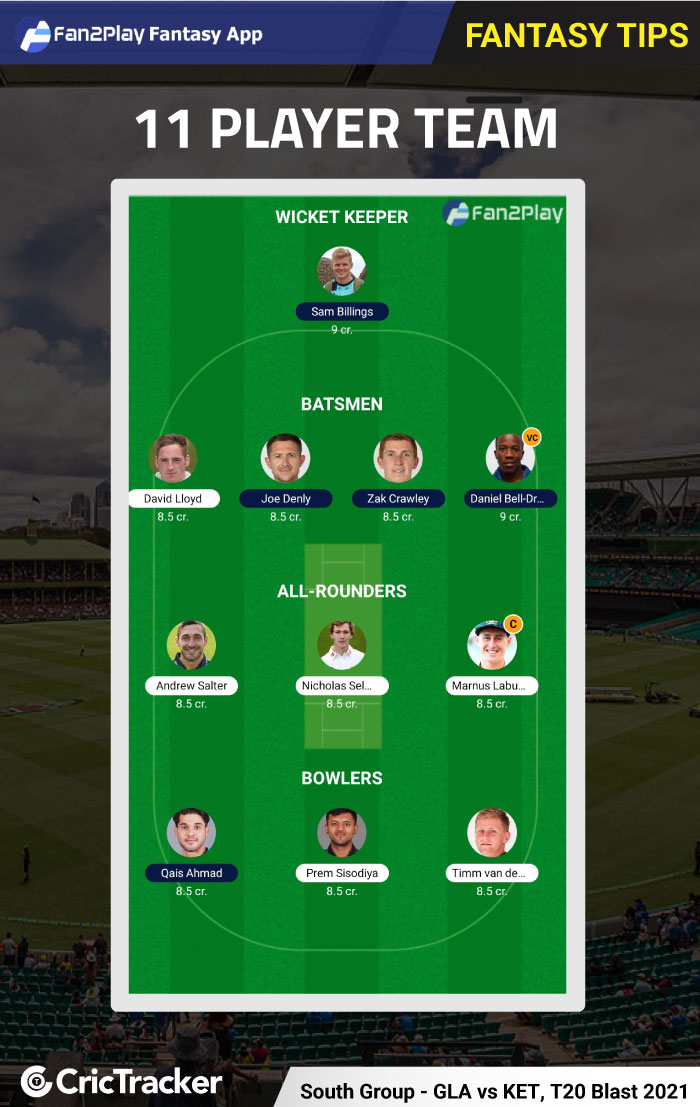