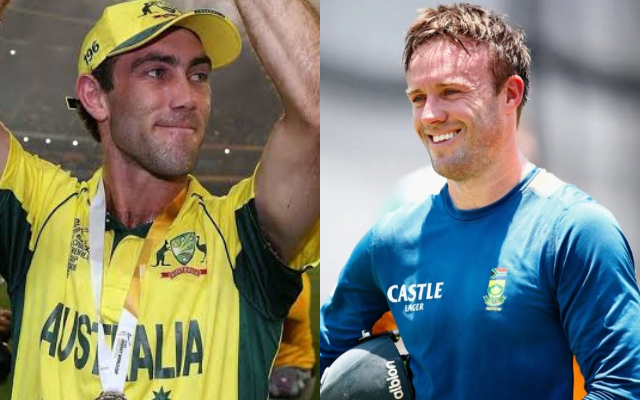 South Africa’s decorated wicketkeeper-batsman AB de Villiers is renowned as one of the most lethal and intimidating batsmen of the modern era. Apart from being one of the finest batters, AB also has a hidden singer in him. On May 1, Tuesday, the right-hander took the internet by storm as he posted a video of him singing his favorite song, “I won’t give up” by Jason Mraz.

On the occasion of his father’s 70th birthday, the former South Africa captain sang his favorite song along with his wife Danielle de Villiers. The post shared by AB caught the attention of a lot of people on social media as they lauded him for his exceptional singing skills.

Along with the video, De Villiers wrote an adorable caption as he thanked his father for being his role model and always standing by his side during the tough times. The 37-year-old also revealed the reason behind his favorite song. The veteran stated that he likes “I won’t give up” by Jason Mraz as it gives him the feeling that God is always there with him.

“On the 29th we celebrated my father’s 70th bday and I had the privilege to perform one of my all-time favorite songs with my beautiful wife. We all interpret songs in our own unique way, this song has a particularly special meaning to me and reminds me that God is always there, no matter what happens. While singing this song on the 29th and looking across the room to my Dad, it also reminded me how lucky I’ve been to have had him by my side as a role model for so many years.”

Notable, both Maxwell and AB played together for the first time during the 14th edition of the Indian Premier League (IPL) as they represented the same franchise, Royal Challengers Bangalore.