Himachal Pradesh are unlikely to be any match for the strong Gujarat side.

The Elite C Group match of the Syed Mushtaq Ali Trophy 2021 will be played between Baroda and Himachal Pradesh at the Moti Bagh Stadium in Vadodara.

Taking on them at the Moti Bagh Stadium in Vadodara will be Himachal Pradesh. Rishi Dhawan’s men had a good start to their campaign, as they won their first game. However, morale will be down in their camp as they couldn’t hold their ground against Baroda in their last game.

GUJ vs HIM Weather Report:

It will be sunny in Vadodara tomorrow, with the temperature being around 26 °C. There are no possibilities of rain.

This track will help the batsmen in the first innings, but bowlers will eventually get into the act. A score of around 170 should be competitive here.

Reports: Indian players to clean their own toilets in the team hotel in Brisbane

'Playing for cash only' - Niroshan Dickwella takes an ugly dig at Jonny Bairstow; caught on stump-mic

GUJ vs HIM Top picks for Today’s 11Wickets Match:

Axar Patel has not had a great start of his campaign, but he has over 1600 runs and 120 wickets in the T20 format. Hence, he can be a good pick for captaincy.

Priyank Panchal has been decent in Gujarat’s first couple of games. He has amassed 66 runs, which includes a classy knock 46.

Arzan Nagwaswalla is a major reason behind Gujarat’s fantastic start. He has picked up 8 wickets, which is the highest by any Gujarat bowler so far in this competition.

Rishi Dhawan has not had a good time with the bat in the first two games, but he has picked up 4 wickets with the ball. He has a bowling average of less than 15.

Suggested Playing XI No.1 for GUJ vs HIM 11Wickets Fantasy Cricket: 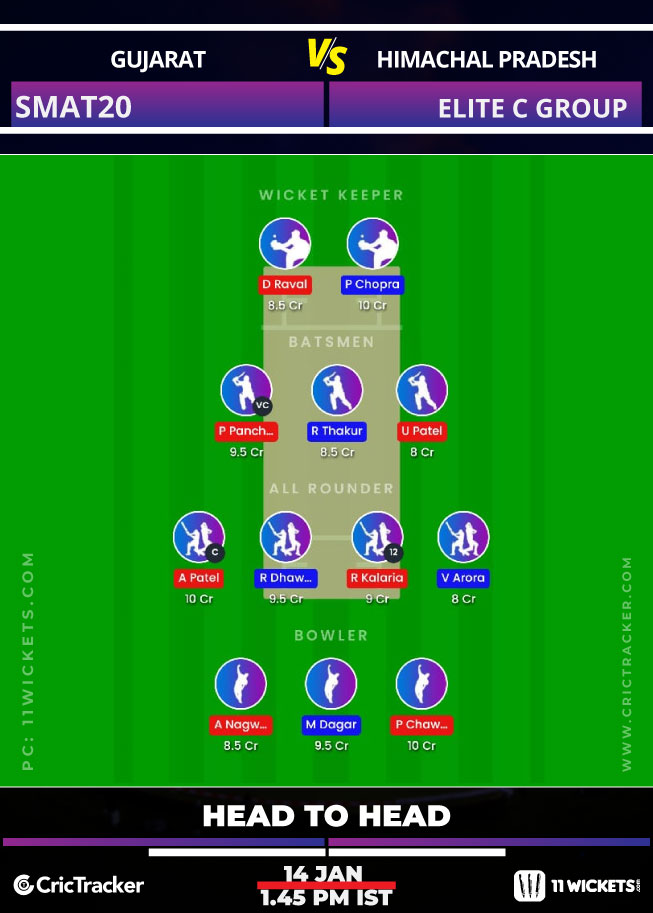 Suggested Playing XI No.2 for GUJ vs HIM 11Wickets Fantasy Cricket: 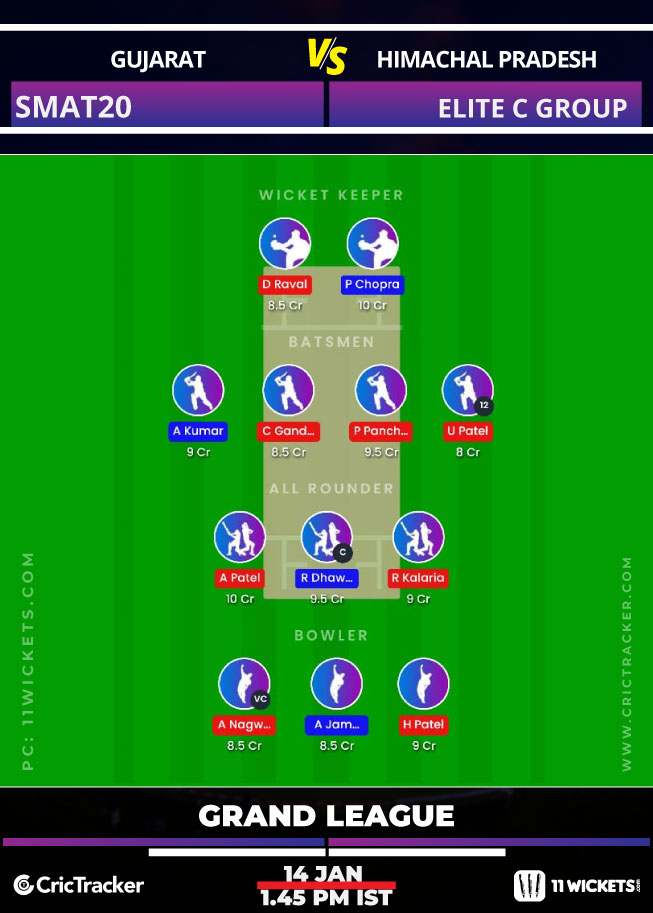 The vastly experienced campaigner Piyush Chawla has picked up 3 wickets in the first couple of games. He also has maintained an economy rate of under 5 runs per over. It is advisable to include him in at least one of your 11Wickets Fantasy teams.

Today’s GUJ vs HIM Probable Winners:

Gujarat are expected to win this game.