Leon Johnson can be a good budget pick from the batting options.

The 2nd match of the Super50 Cup 2021 will be played between Guyana and Barbados on 8th February at Coolidge Cricket Ground in Antigua.

Two very formidable outfits of the West Indian domestic circuit in Guyana and Barbados will lock horns in the second match of the 2021 season of Super50 Cup. Barbados had a fantastic season last time around. They topped their group with 6 six wins.

However, all of that was not of any use eventually, as they could not get their hands on the title. On the other hand, Guyana missed out on a semi-final spot by just 2 points. They finished third in their group, winning 4 games. Both teams have some renowned faces in this team, which makes this game a must-watch.

We can expect a full game, as there are no chances of precipitation. The temperature is likely to be around 25 °C.

This is a balanced pitch, where both batsmen and bowlers are likely to receive equal help. Both departments will need to stay on top of their game to triumph over another.

Also Read – ‘If you were any good, you’d be in India’ – SCG crowd sledges Liam Livingstone in BBL Final

Shimron Hetmyer has played 45 ODI matches for West Indies, in which he has scored over 1400 runs. He has an ODI average of over 35.

Chris Barnwell was brilliant with the bat in the last edition of this competition. He scored over 350 runs and had an average of over 40.

Jonathan Carter has represented his nation 33 times in the ODIs. In those games, he scored close to 600 runs.

Ramaal Lewis can be a great budget pick. He scalped 10 wickets in the last edition of this competition and maintained a terrific economy rate of less than 4 runs per over.

Joshua Bishop is another good budget option from the bowlers and is available for 0.5 Cr less. He picked up 10 wickets in the last edition as well.

India vs England: Gautam Gambhir feels Jasprit Bumrah should not be picked for second Test 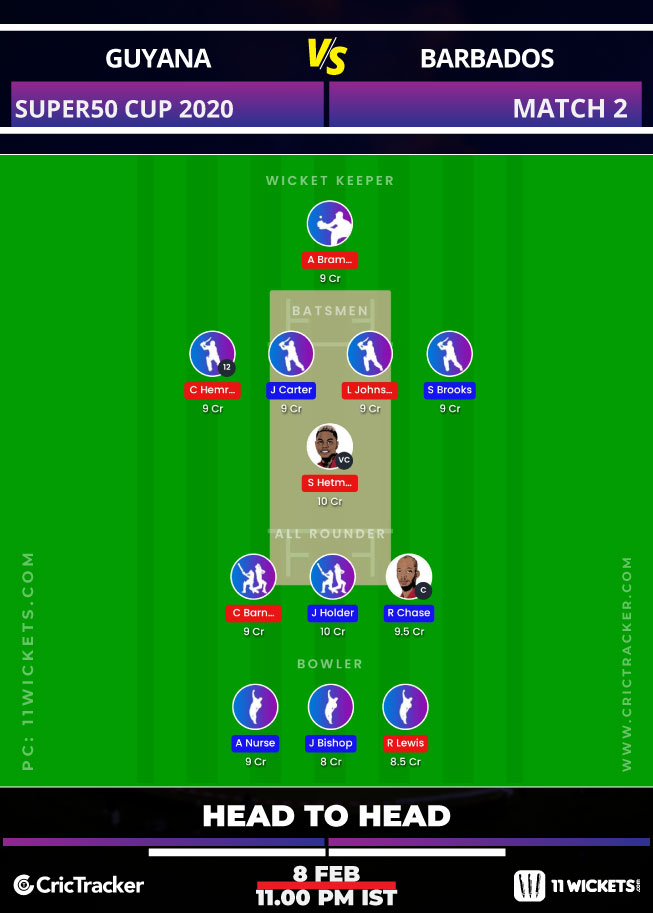 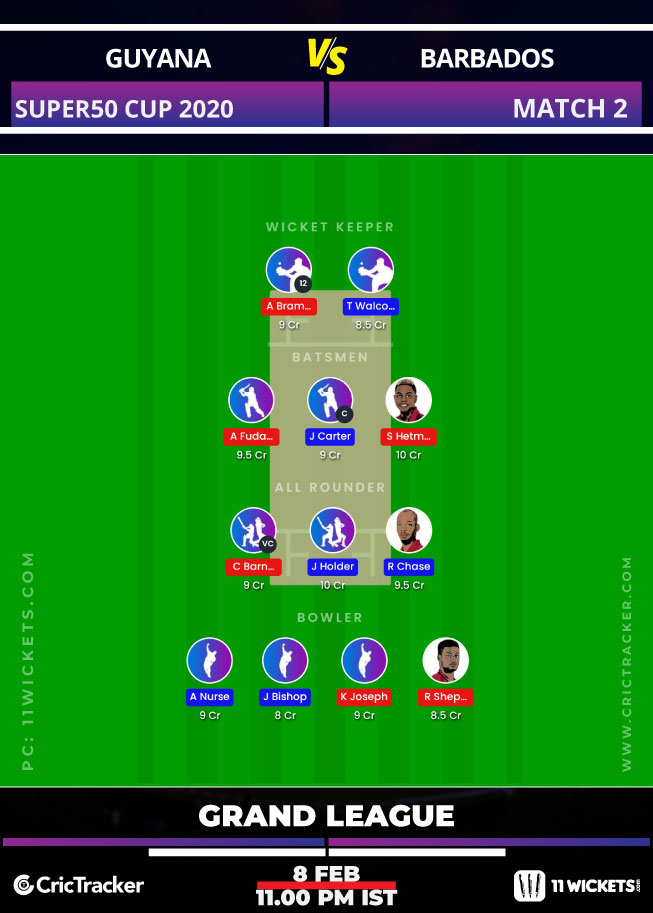 Leon Johnson can be a good budget pick from the batting options. Priced at only 8.5 Cr, Johnson scored 147 in the last edition.

Barbados are expected to win this match.