Marnus Labuschagne has displayed his T20 abilities for Glamorgan in this season.

Hampshire and Glamorgan will lock horns against each other on Sunday, July 18. Hampshire currently are sitting in 6th place at the points table. They come from a victory against Sussex in the last game as they have secured a win by 6 wickets.

Glamorgan haven’t had a good campaign in the T20 Blast this year. They have just won 3 out of their 13 matches and are placed in the 8th position. They would look to turn the fortunes for them in this game.

Venue: The Rose Bowl in Southampton.

The pitch is expected to assist the pacers and would be a decent one to bat well. However, as the game progresses, the spinners can chum into the scenario.

Marnus Labuschagne has displayed his T20 abilities for Glamorgan in this season. He has chipped in 294 runs at an average of 58.80 in six matches so far. He has also scalped seven wickets with an economy of 7.43.

Roman Walker was clinical with the ball for Glamorgan in their encounter against the Somerset side. In his spell of 4 overs, he scalped 3 wickets by conceding just 15 runs. He could be a good pick for this match.

In the previous game, James Vince put up a belligerent display with the willow for Hampshire. He hit an impressive 102 off just 59 deliveries, which included 14 fours and 3 sixes. He would be keen to carry this momentum moving forward in this game. 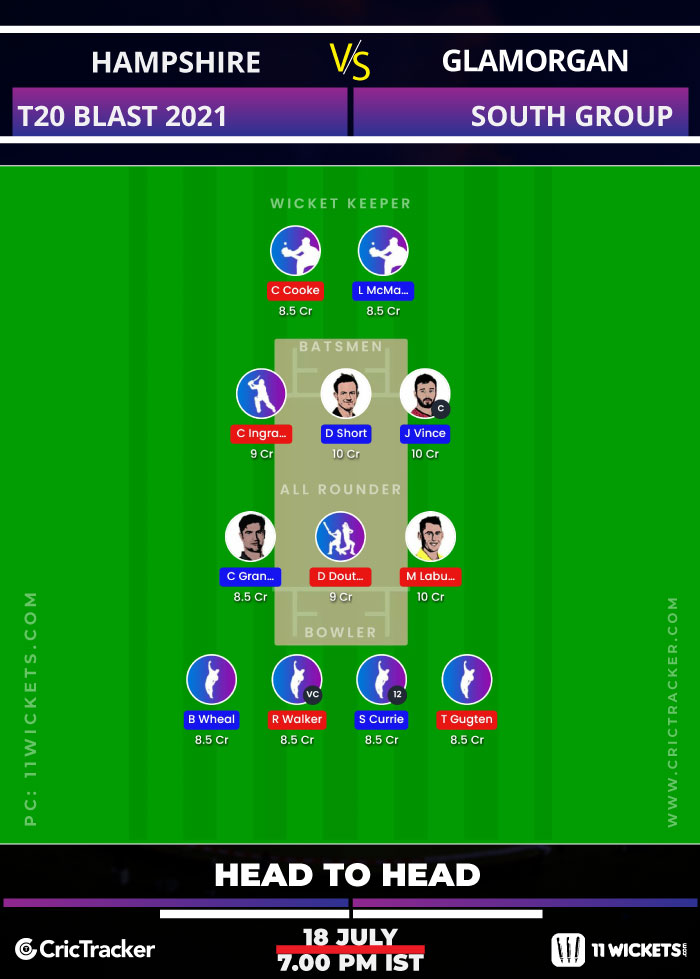 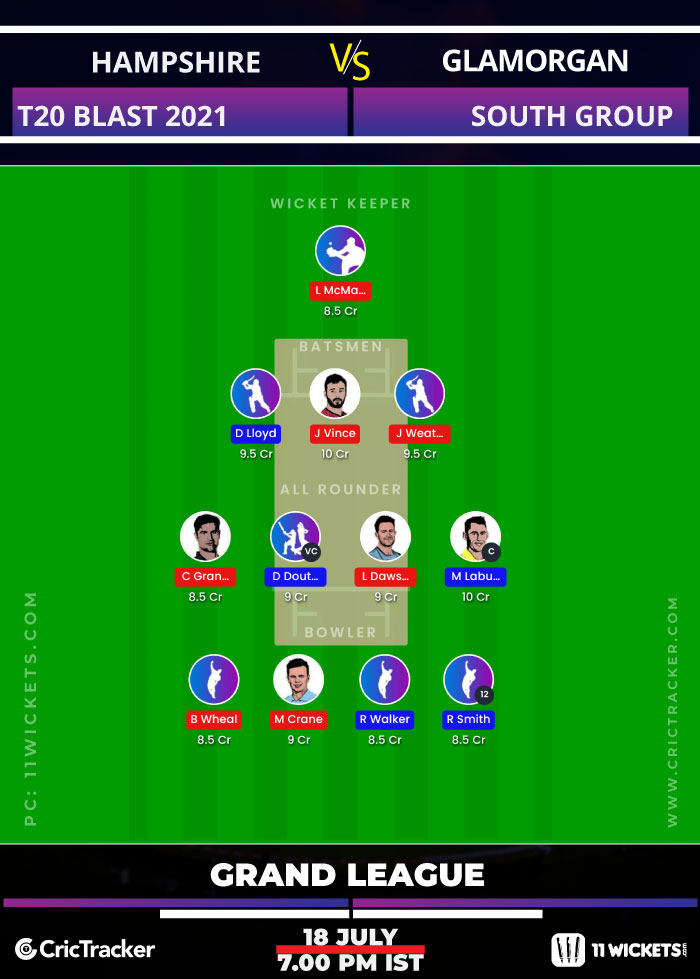